To view the newsletter in your browser, please click on this link:

Topics this month include:

Dialling Down the Grim Reaper Gene

Why vegan is the greenest diet 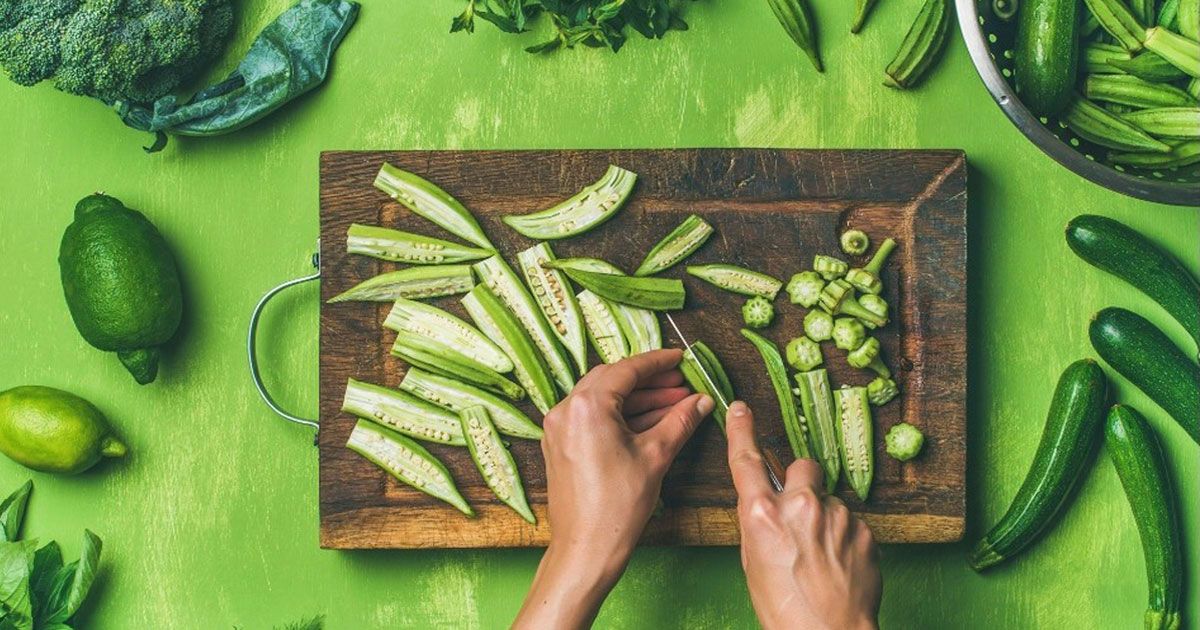 Scientists are convinced we have little more than 10 years to get climate change under control! But what can you do as an individual? What if there was one simple change you could make that would be more effective than avoiding flying, buying an electric car and switching to a green energy supplier. Well, there is!

Yet another study has shown that plant protein is better for your health than animal protein, this time looking at weight loss and blood sugar control. 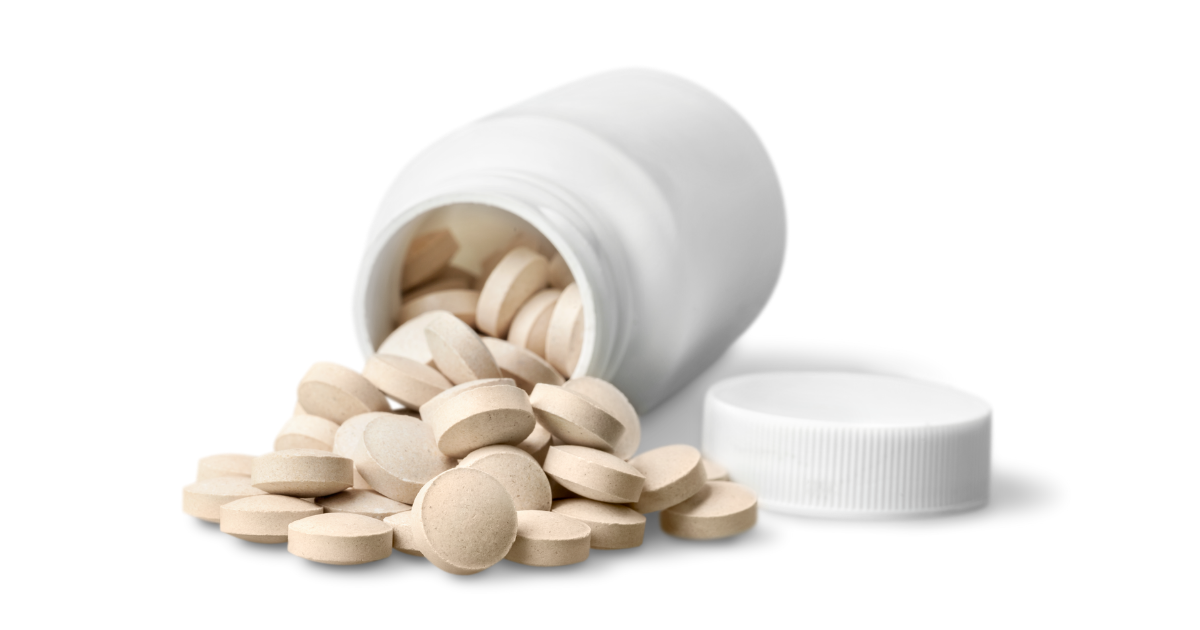 This vitamin is vital for getting energy from food, maintaining healthy nerve cells, and the production of DNA and red blood cells.

See our A-Z of Nutrients for the answers to all your questions about essential nutrients. 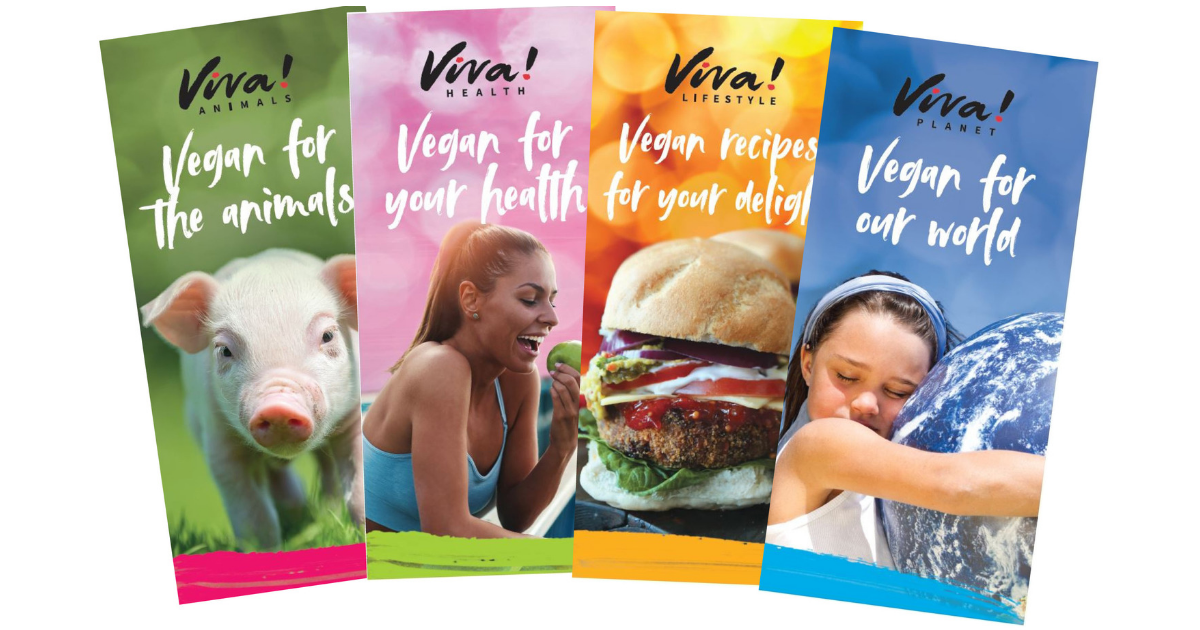 Our brand new leaflets are here! They contain the most up-to-date information on the positive effects of a vegan lifestyle on our health, the environment and the animals. These leaflets are brilliant for spreading awareness and taking action. Perfect for outreach events, stalls and handing out to friends and family. 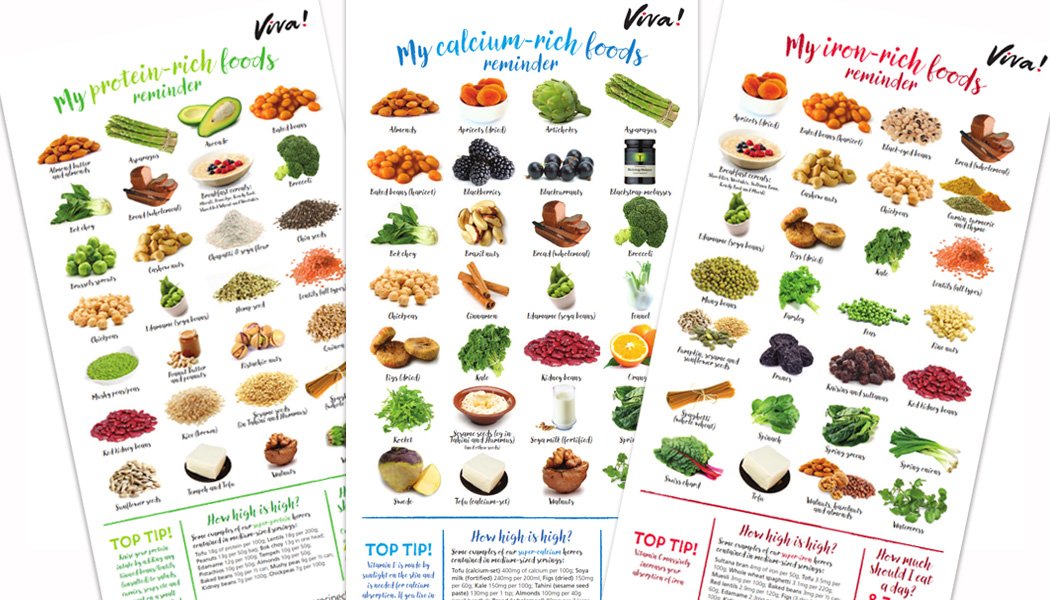 Forming part of Viva!’s ‘Healthy Reminders’ series these brand new, colourful designs each come with an extendable piece giving you top tips and how much you need each day!

The pigmentation of tomatoes is responsible for many of their health-promoting qualities. The main tomato powerhouse is lycopene. This red pigment is a strong antioxidant which has been linked to many health benefits, including reduced risk of heart disease and cancer. The redder the tomato, the more lycopene it contains – and cooking helps the body to use it!

25th Anniversary dinner
Pushing the boat out for this extra special event, Viva! and guests will be dining on The Elizabethan riverboat. Join us to enjoy stunning views of the Thames as we cruise past the London Bridge and other spectacular London landmarks, all the while enjoying a gourmet 3 course meal.

Toast with all the Good Stuff 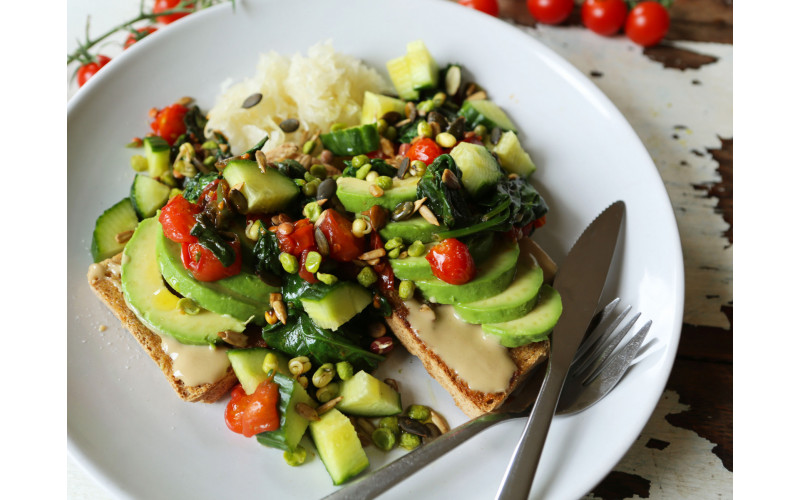 This is such a simple recipe and perfect for when you’re short of time, want something healthy and would like to use everything up in the fridge… it’s one of our go-to healthy lunches.

First of all, I would like to make one thing clear: Ursula von der Leyen was selected, like a miracle, as the new EU Commission President from the back room in which Merkel and Macron compared their power. She is now a kind of head of government for Europe.

It is not understandable!

The frustrating thing is that nobody seems to bother which people are responsible for which areas of the commission.

Ursula von der Leyen is professionally not in the least suitable for the EU-Kommission, not to say, from the standpoint of animal welfare. The entire process has little to do with transparent action, rather with the ingenious talent of Merkel to intrigue effectively;  she still can it, she can win the big intrigues of chess.

This designation, which incidentally came without big notice, was a reassurance for the Chancellor Merkel that von der Leyen will not be her successor.

A very good commentary on the suitability of the new Commission chief was found in the British Times: “There is real doubt as to whether she has enough political character and courage to shape European politics, or not just a puppet of the French President and the German Chancellor who made her what she is. “

What is surprising in this election farce is the person. As a minister in several departments,  von der Leyen has failed terrific so far. Why must such one still be promoted? As Defense Minister of Germany, for example, she has failed.

Ursula von der Leyen in 2013, as Defense Minister, said: “:  The most important thing is the person and not the issue of material costs. The material must be so good that the human being, the people who work here, are also protected. It is important for me to show that I am there for the soldiers … They can rely on that … I am wholeheartedly proud and grateful to be your Minister of Defense. (…) I take this task very seriously. “
E voilà ! the EU can be upgraded and militarized and will soon be able to independently implement climate, enlargement and proxy wars.
Well then … nothing can go wrong. She is the right one !!

Is this case an exception or is it part of the normal EU procedures?

There is always talk of renewal, but the structures are not questioned. At the same time we know that the structure determines the function. So we have to define new structures that will help to avoid the old mistakes and help us to find better and faster solutions in the future.

In which political decision of the European Commission do we find that? Who’s talking about it … ??

If Ursula von der Leyen fulfills the role of European Commission President with the same “Elan” how she as former Secretary of Defense has done, the welfare of the animals will change as much (or as little) as before.

The Trump administration has reauthorized government officials to use controversial poison devices – dubbed “cyanide bombs” by critics – to kill coyotes, foxes and other animals across the US.

The spring-loaded traps, called M-44s, are filled with sodium cyanide and are most frequently deployed by Wildlife Services, a federal agency in the US Department of Agriculture that kills vast numbers of wild animals each year, primarily for the benefit of private farmers and ranchers.

In 2018, Wildlife Services reported that its agents had dispatched more than 1.5 million native animals, from beavers to black bears, wolves, ducks and owls. Roughly 6,500 of them were killed by M-44s.

On Tuesday, after completing the first phase of a routine review, the US Environmental Protection Agency announced that it would allow sodium cyanide’s continued use in M-44s across the country on an interim basis.

Yet the traps are facing increasing opposition, and have, in the past, led to the inadvertent deaths of endangered species and domestic pets and caused harm to humans.

In 2017, a teenage boy named Canyon Mansfield was hiking with his dog in the woods behind his family’s home in Pocatello, Idaho when Mansfield’s dog triggered a cyanide trap that sprayed a plume of poison dust into the air. The dog died on the spot and Mansfield was rushed to the hospital, where he ultimately recovered. His parents are suing Wildlife Services over the poisoning.

Read more about it here:

Mansfield’s case made national headlines and has fueled opposition to M-44s. In May, in response to advocacy by environmental groups, Oregon’s governor Kate Brown signed a ban on the use of the traps in the state. In 2017, Wildlife Services agreed to temporarily halt the use of M-44s in Colorado after environmental groups sued. The agency also stopped using them in Idaho after the Mansfield case came to light.

In the months before the EPA announced the reauthorization, conservation groups and members of the public flooded the agency with comments calling for a complete national ban on the predator-killing poison. According to an analysis provided by the Center for Biological Diversity, which is a leading opponent of M-44s, 99.9% of all comments received by the EPA opposed the reauthorization of sodium cyanide for predator control purposes.

Although the agency took a different view, it did impose new restrictions on the use of M-44s. Among other things, the agency will now prohibit government officials from placing M-44s within 100 feet of public roads or trails. The agency’s reauthorization decision is only an interim one and a final decision on the matter is expected to come down after 2021.

Brooks Fahy, the executive director of the environmental group Predator Defense and a leading opponent of M-44s, denounced the EPA’s decision.

It is a “complete disaster”, he said. “[The EPA] ignored the facts and they ignored cases that, without a doubt, demonstrate that there is no way M-44s can be used safely.”

In response to the Guardian’s request for comment, the EPA referenced the documentation of the decision on its website.

As regular visitors to this site will know, we have been tracking the export of live Romanian sheep to the Middle East in recent weeks.

You can see all our articles on this, along with other live export posts at:

In February – Romania will once again be able to export sheep and sheep meat to Iran, according to an announcement made by the Romanian Ministry of Agriculture and Rural Development (MADR).

Following the opening of this market, the Ministry declared that Romania will export nearly 800,000 sheep in the first six months.

The export market for (Romanian) sheep with the Republic of Iran has been opened due to the diplomatic efforts and the Government of Romania. In January 2019 the export certificate model was agreed between the National Veterinary Sanitary Authority and Food Safety in Romania (ANSVSA) and the Veterinary Organization of Iran, due to the ban on live sheep and goat exports to Iran being suspended.

To get things started, on 4/2/19 a shipment of 20 tonnes of sheep meat from Romania reached Iran. The (Romanian) export company, Agricola International, from Bacau, Romania, is in talks to send an estimated 1,000 tonnes on a monthly basis to Iran. Agricola International Bacau has unveiled plans to invest €9 million to upgrade its facilities and expand its output capacity by up to 30 per cent.

The Romanian Ministry is said to welcome this success. A very high demand in Iran of sheep and sheep meat in live is ever increasing, in a field where Romania has ample possibilities.

As an organisation which campaigns against all live animal exports; and which has recently reported in the issue of 70,000 live Romanian sheep being exported to the Middle East in temperatures up to 46 degrees; we have vey strong concerns for the welfare of any livestock being exported from Romania to Iran, especially as the Romanian Ministry declared that almost 800,000 sheep would be exported in the first 6 months. We are currently unaware of what percentage has been exported as ‘dead’ meat, and what amount has been exported live.

Note the statement above says ‘sheep and sheep meat’ – so it can only be assumed that live animal shipments have taken place.

As Romania is a Member State of the EU, when the EU politicians return from their Summer holidays in the fall, we will be writing to them and asking more about this and trying to obtain more facts. To date, EU Commissioner requests about ensuring animal welfare have been ignored by the Romanian authorities; and the EU does not appear to be very quick in taking any action against them regarding this ignorance.

So; what is the situation for any sheep exported live from Romania to Iran ? – are we going to hear just more meaningless words from the EU that are just ignored by member states; or are we actually going to see the EU do something about it all ?

AMMAN — The Ministry of Agriculture on Wednesday sent back a vessel carrying 13,000 heads of sheep from Romania, after 40 per cent of the animals were found dead, according to an official: