Surely most of you have signed the petition “End the Cage Age”.
For non-EU citizens and readers: This European Citizens’ Initiative aims to end the use of cages in EU agriculture by calling on the European Commission to consider new legislation in this area. 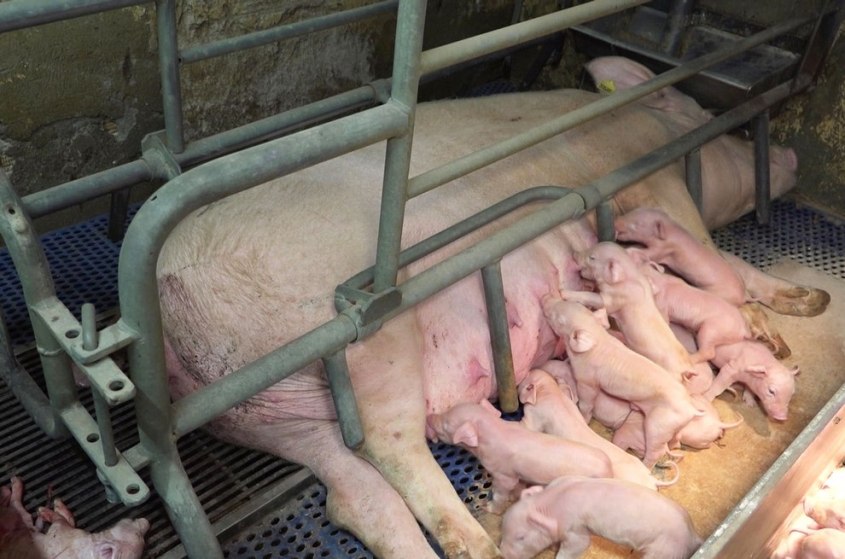 With 1 million signatures alone, the European Commission would be asked to propose legislation prohibiting the use of:

The petition ended with a great result: instead of the one million needed, over 1.5 million people signed the European Citizens’ Initiative against livestock caging. Now the European Commission has to deal with that: what’s next?

The collected signatures are checked first. Subsequently, the citizens’ initiative will be submitted to the European Commission. The Commission must then deal with the demands to abolish cages.

In addition, the initiators of the petition will be invited to a public hearing in the European Parliament.

This does not mean, however, that the caging ban automatically comes. Although the European Citizens’ Initiative fulfills all the criteria, the European Commission has the choice: it can accept the proposals of the initiative, change them or do nothing.

The last seems to me the most likely.
Not because I am a pessimistic person or because I have seen so much bad in my long-standing fight for the rights of animals and expect nothing positive.
But, from experience.

Because the 8hours campaign of 2013, with the requirement of 1.2 million people to limit animal transports to 8 hours, never came true. The animal transports became even worse, the controls weaker, the times longer, the victims more.
Instead of realistic improvements by the EU Commission for more humane animal transports, we got animated films with instructions on how have to be transported the animals. And blood still flows from the trucks to the streets and the ships.

On September 12, 2019, we read on the official website of Eurogroups for Animals:
“With the largest European petition ever for farm animal welfare ending at 23:59 last night, today is one of the most significant days for farm animals….

…With more than 1.5 million signatures so far, End the Cage Age’s success should be more than enough to persuade the European Commission to start the legislative procedure to end the use of cages for farm animals across the continent.

…“Today we have crossed the finish line in the biggest political push in farm animal welfare history. But the fight to get animals out of cages isn’t over yet,” says Reineke Hameleers. “Now it’s time for the Commission to make the changes that the citizens demand and bring us closer to the day when cages are relegated to the history books.” (https://www.eurogroupforanimals.org/more-than-a-million-people-want-to-see-the-end-of-cages-for-farmed-animals)

Eurogroup and all those who render their services to the European Community for high salaries, all these must now mobilize theirselves strategically and actively so that the 1.5 million will not become bankrupt again, as they did then.

If they really want to experience the day, like other 1.5 million citizens too, that “the cages are banned to the history books”, they must do everything so that the commission decides against the cages. Without compromise and consideration.
They are the ones who work closely and confidently with the commissioners, and that is why they know best that their bosses are the strongest agrarian lobyists, who not only allow painful mass animal husbandry, but demand and protect it by law.

Therefore, the question arises, what will they do if the European Commission does nothing?
In that case, we would demand of them that they give up their jobs, they leave that mendacious institution and, like us, fight on the streets for the abolition of the cages.
This is an effective and honest job.