“I get phone calls from crying women and men on the farms who no longer know what to do.
They say: I’ll kill my pigs and I’ll kill myself. “ (!!!)

The politician even had to briefly interrupt her speech.

“From many personal conversations I know that animal keepers in Lower Saxony are very desperate,” reports the Minister in an extremely emotional speech to the state parliament.

“I get phone calls from crying women and men from the courtyards who no longer know what to do.”
Overall, there could be a lack of slaughtering capacity for 120,000 pigs a week. Emergency slaughter threatens. 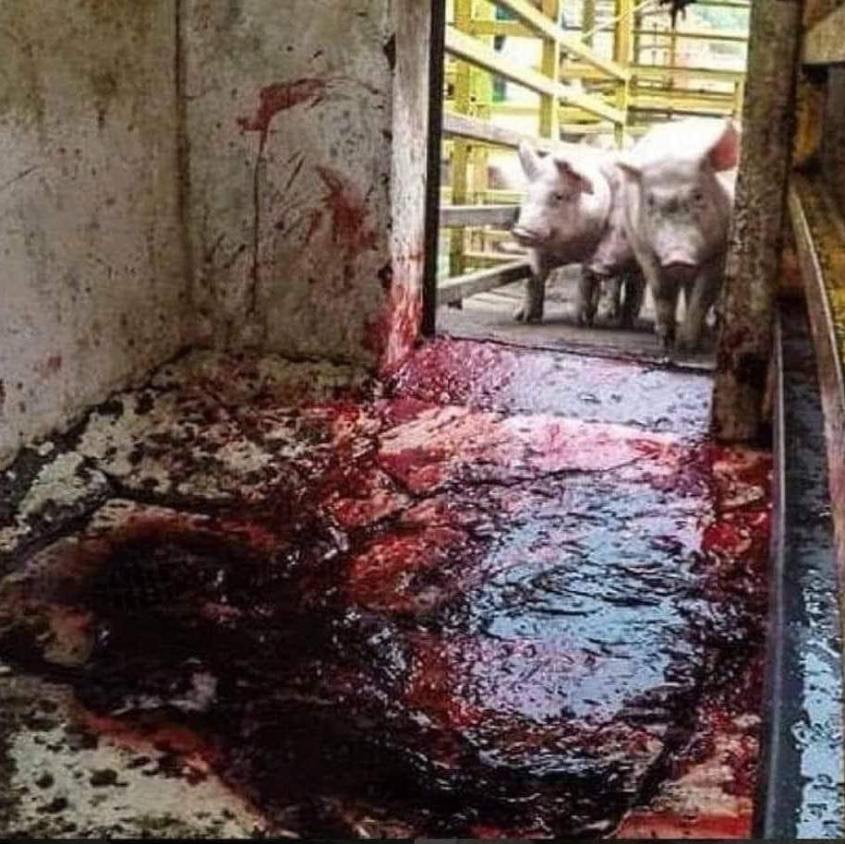 In order to be able to comply with pandemic plans, Lower Saxony now wants to introduce flexible working hours for companies.

According to the Minister of Agriculture, consideration is also being given to slaughtering and dismantling on Sundays and public holidays.

5200 farms in Lower Saxony are already threatened by swine fever

The penetration of African swine fever into Germany is a major economic concern for pig farmers in Lower Saxony.
The Association of Producer of Cattle and Meat set the producer price for pork anew and lowered it from 1.47 euros by 20 cents to 1.27 euros per kilogram.
In the case of a fattening pig, the loss in value is around 20 euros.

Export stops for pork to non-EU countries, especially to China and Japan, are the catastrophic consequences.

Nowhere in Germany is the pig industry bigger than in Lower Saxony. According to the Ministry of Agriculture in Hanover, there are 5200 farms with 8.3 million animals.

The German pig farmers’ association puts the turnover in Lower Saxony at around 3.5 billion euros in good years.

And I mean…Germany has lost its “disease-free” status.

And the farmers complain again, they now appear as victims, they even threaten that they will kill themselves.
Only when they actually do it will their sins be forgiven.
For the fact that they torture the pigs and treat them like objects until they die.
And for the brutal slaughter of the animals too, in this crime, they also share the blame.

It is not the death of the animals that is a problem for the farmers but that they do not benefit from it.
Pigs are killed very early for meat production even without an ASF outbreak.

In order to produce a large amount of cheap meat for China, most animals are kept in appalling conditions: in their excrement with open, inflamed wounds, we remember the brutal videos.
The farmers should also kill themselves for this.

What the farmers fail to mention is that most pigs suffering from these common (but illegal) conditions become weak and susceptible to any virus, one of which is the highly contagious ASF.

Hypocrites, slave keepers who make money from the suffering of animals, and the lobbying of corrupt politicians!!

They finally still have time to do something sensible.
Either kill themself or produce potatoes and corn instead of animal corpses.