Gerlingen / Vienna – The controversially discussed “Holocaust on your plate” campaign by PETA-Deutschland e.V. is lawful – this has now been ruled by the Austrian Supreme Court in the last instance and all previous court decisions as unlawful.

The legal dispute between Jewish citizens and the animal rights organization is discussed on 19 pages and PETA-Germany eV is completely right: The striking juxtaposition of pictures from concentration camps showing emaciated people and of various animal species from the usual factory farming is legal and is under one to subsume of the highest democratic fundamental rights: Freedom of expression and freedom of the press.

In 2004, various plaintiffs brought about an injunction against certain pictures of the “Holocaust on Your Plate” exhibition.

“The shocking effect of the photomontages is largely dictated by the subject (the suffering of others brutally caused by humans).
The use of a drastic comparison serves a fundamentally permitted purpose, namely to attract attention to concern in a society flooded with advertising.
The animal welfare issue itself is – as stated – weighty, socio-politically controversial, and topical (cf. animal welfare legislation from the recent past). For the reasons given, excessive expression of opinion must be denied. ”(Ref. 6 Ob 321 / 04f, the judgment of October 12, 2006). 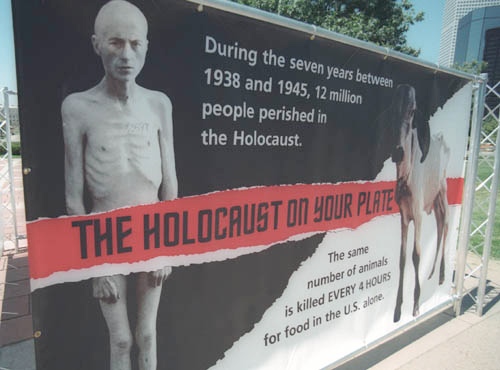 PETA attaches particular importance to the finding that the Supreme Court has also emphatically rejected the allegations of anti-Semitism alleged by the Jewish plaintiffs:

“The contempt of a race or a people, as relevant by the plaintiffs, is not brought about by the advertising campaign: (…) The statement only goes to the fact that Jews were treated like animals. In any case, the comparison does not lead to the conclusion (that it is a Nazi-like content) drawn by the plaintiffs for the relevant, intelligent average observer. “

“This is a good day for animals and the right to freedom of expression”, says Harald Ullmann, 2nd chairman of PETA-Deutschland eV.

“We ask all those who deny today’s holocaust of animals to finally open their eyes and not to pretend that these atrocities in slaughterhouses and animal factories don’t take place. “ 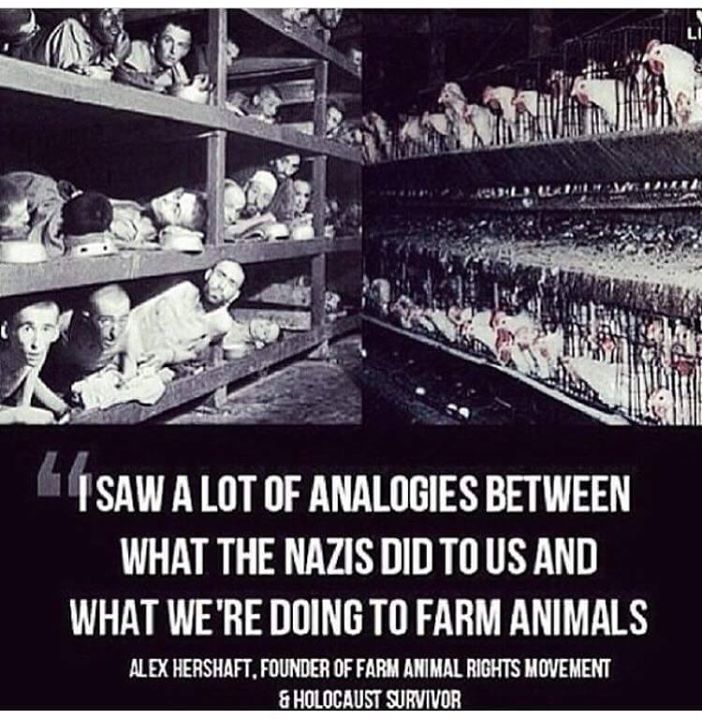 It can be assessed as almost certain that the judgments of the Berlin courts and the Stuttgart district court will also be overturned, Ullmann continued.

With over 1 million supporters, PETA is the world’s largest animal rights organization. The aim of the organization is to help every animal have a better life by exposing animal cruelty, educating the public, and changing the way of life.

And I mean…In March 2004, PETA started a campaign in Germany.
Animal cruelty is compared to the Holocaust on posters.

Children behind barbed wire. Next to it, piglets behind bars. One was a Nazi concentration camp. The other is a slaughterhouse.

It’s the same for Peta’s animal rights activists. For us too!

But the implementation of the campaign was then banned by the Berlin district court.
The Central Council of Jews in Germany had sued because the pictures played down the fate of the Holocaust victims.
Peta went to the next instance, but the Federal Constitutional Court upheld the decision.

In the USA, however, a similar campaign had actually run, one of the pictures showed children in concentration camp prison clothes standing behind a barbed wire fence and pigs crammed together behind bars.

Between the two motifs, it translates as follows: “Open your eyes to the Holocaust of the present.”
And sentences like: “One day our grandchildren will ask us: What did you do against the Holocaust of the animals? We cannot apologize for the second time that we did not know anything. “

PETA is right, the Holocaust never ended, it just changed species. In all of the wars and genocides in our entire record history, 619 million people have been killed.

We kill the same number of animals every 5 days.

“For animals, all people are Nazis and life is an eternal Auschwitz”, said the Jew Isaak Bashevis Singer.
Pigs are thrown into gas chambers and burned alive. Male chicks that are born have practically no purpose in the egg industry, so they are separated from the females and ground on the same day they are born.

They are nothing. They don’t count; they don’t matter; they’re commodities like TV sets and cell phones.

We have actually turned animals into inanimate objects like sandwiches and shoes.

Why do we find it so horrible to harm a child? It’s because they’re voiceless and defenseless, just like these animals.

Those with a voice must speak for the voiceless.

Most people laugh at us now because we are fighting for the abolition of animal slavery because we want to end the holocaust of animals.
One day they won’t laugh.

We welcome every step towards education and awareness-raising in society, and we see the recognition of the campaign as legitimate as a big step.