Their allegation was that the pigs were kept in conditions that were cruel to animals. The official veterinarian has meanwhile started the examinations. 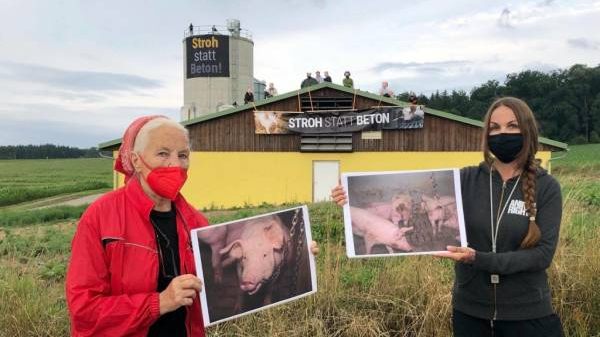 The farm is approved for 1,200 animals that are kept on fully slatted floors.
The activists climbed on the roof of the building in the morning and put up banners with “straw instead of concrete”.
Among other things, they called for mandatory straw litter, a ban on fully slatted floors and twice as much space for the animals.

The association against animal factories (VGT) locates “horrific conditions” based on interior shots.
“The animals have large, bleeding wounds, bitten off ears and tails. In addition, everything is stuck with feces, the poor pigs completely filthy. With their bleeding wounds, the animals have to lie in the mud without being cared for, ”said the VGT.

VGT chairman DDr. Martin Balluch: ” The fact that the animal health service has nothing to complain about in these conditions speaks volumes. Or didn’t they look closely?

How can it be normal that pigs are so injured and suffered by the housing conditions!

How can it be normal that these animals are totally defecated?

Why is nothing being done about it? On site it is required that the responsible official veterinarian carry out an inspection and talk to us about what these injuries to the pigs are all about.

The AMA rejects the accusation that Agricultural market Austria tolerates this. The company was closed in the previous year after massive deviations from the specifications for the AMA quality seal program, it is said.
(A notice: The “AMA seal of approval” is an officially recognized quality mark. It provides reliable information about traceable origin, high quality and that it has been independently controlled). 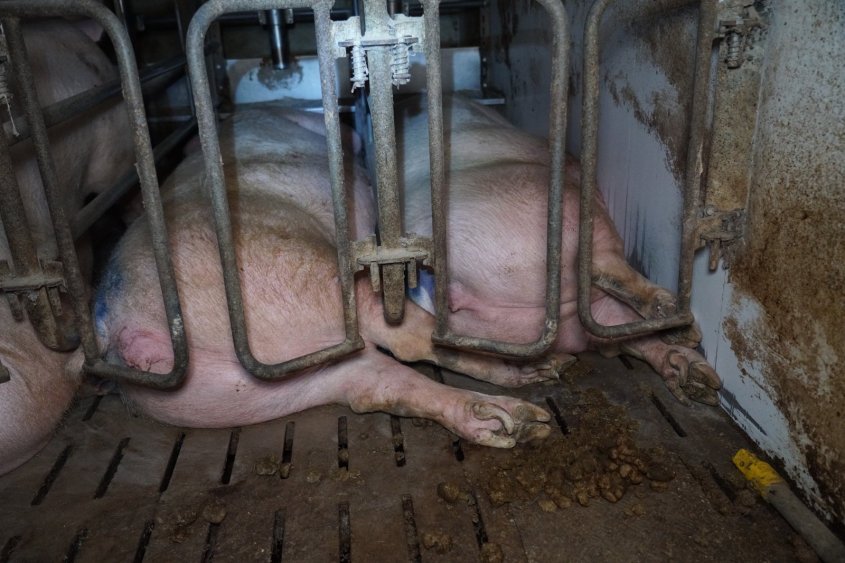 The police were there with two patrols, the situation was described by the officers as calm. The district administration was informed of the action, it said.

It will be decided in the next few days whether the owner will face any consequences.
The animal rights activists are threatened with a property violation lawsuit (!!!)

Last update: The “association against animal factories” (VGT) presents video evidence: Farmer attacks animal rights activists and says that “it is good when such people are beaten”.

The occupation of the large fully slatted pig factory north of St. Pölten continues.
Before the police arrived, a farmer came, drove his car into the demonstrators at the entrance and attacked an animal rights activist, a woman!!

After being pacified by two activists, he suddenly attacked again for no apparent reason and hit one of the women on the head. VGT chairman Balluch on this:

“You couldn’t talk to this person. He was incredibly aggressive and threatening. Only the presence of the police let him keep his distance and finally he drove away again.
We will file a complaint with the public prosecutor. “

The animal rights activists have our full support and appreciation for the crew.
The government has failed, the authorities have failed and, last but not least, a cowardly society is complicit in these crimes, which despite information and education from the very well organized animal rights scene, tolerates, shows itself indifferent and ultimately cooperates with an exploitative system.