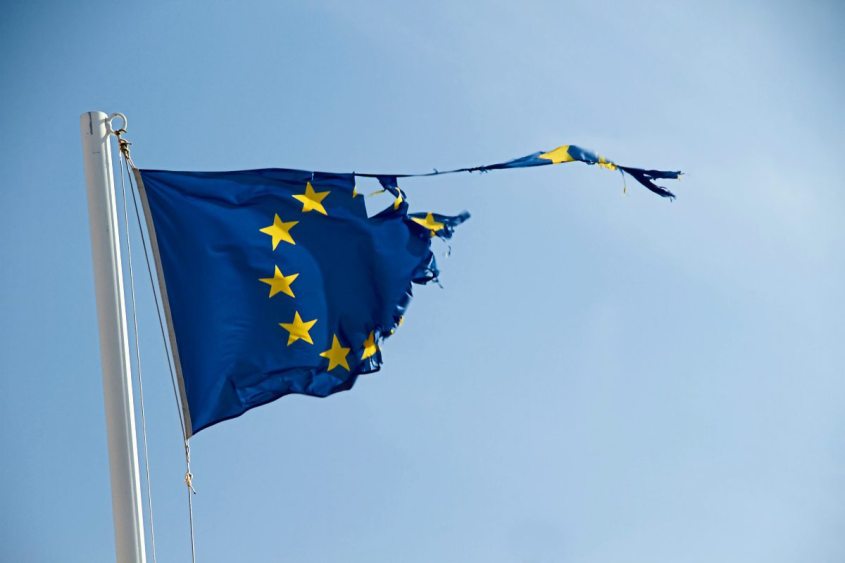 MEP Stefan Eck: “Everything must now be done to put an end to this miserable, legalized animal cruelty!”

On 08.11.2018, the Committee on the Environment, Public Health and Food Law (ENVI) held the first debate on the “Report on the implementation of the Regulation on the protection of animals during transport inside and outside the EU (EC 1/2005 )” instead of.

END_OF_DOCUMENT_TOKEN_TO_BE_REPLACED

Over the last few days Venus and I have been looking further into EU live animal transport.  With years of investigation experience, I want to provide you with a section of the EU that is available to all; and yet seems to keep a low profile on its work with regard live animal issues.  Why is this ? – could it be like us, they also have no faith in the mighty EU actually taking any action against non compliant member states ? – Is it all just a job producing, money making, paper producing exercise that actually does very little, if anything, to improve animal welfare.

Venus will be producing a post soon re pig tail docking in Germany.  His is associated with an FVO audit report undertaken in Germany very recently.

The section of the EU is called the ‘Food and Veterinary Office’; or FVO for short.  Some of you may have come across this in the past; some not.  I will try to give a quick and simple summary of what the FVO is about and how you can access some (why not all ?) of its investigation reports; which I am sure, will be of interest to many of you.

Audits are continually undertaken by the FVO across EU member states; although not necessarily in the same year.  In their words:

In its function as “eyes and ears” of the Commission, the FVO verifies on the spot that applicable requirements in the areas of food safety, animal health and welfare and plant health are properly implemented and enforced by Member States and also by third countries. By contributing to the improvement of national control systems, the effective enforcement of requirements in the EU and third countries is enhanced. This, in turn, helps to ensure that:

In its reports the FVO makes recommendations to the competent authority of the country concerned to deal with any shortcomings revealed during the audits. The competent authority is requested to present an action plan to the FVO on how it intends to address shortcomings. Verification of the completion and effectiveness of corrective actions through a number of follow up activities is an integral part of FVO activity.

To find out more about the specific accessible reports produced by the FVO in its visit to any EU member state; you can click on the following link:

Lets pick Romania at random as an example.  If we move the mouse pointer over Romania on the EU map; we can see that no less than 8 inspections were undertaken by the FVO in 2018.  Then we are provided with a series of boxes; each relating to (only some) published audit reports undertaken.

For example; we can access report 2018-6477 which specifically deals with classic swine fever.  The report is available in a series of languages; each presented in pdf format.

Accessing the English pdf version, we can see that the report details the following:

FINAL REPORT OF AN AUDIT CARRIED OUT IN

So this for example, provides a lot of information into FVO investigations into swine fever application measures when they visited Romania during January and February 2018.  The specific report makes very interesting reading on the issue for animal welfare campaigners.

This is just one example relating to just one issue in one EU member state regarding animal welfare.  All issues cannot be covered by us in a month of Sundays, but we leave it to you to use the EU map and to go exploring different nations to see the issues of the current and past years.

The aim for us by giving this info ? – for activists to become more informed on what issues have specifically been investigated by the FVO in any EU member state.  Knowledge is news and information which can be taken further; and the FVO reports can then be used to do follow up reports; or to write to the national ministries involved; to ask them some (sometimes) embarrassing questions on what actions they have taken regarding the original FVO audits.  There are always follow up actions after an audit report; but do the nations actually take the actions on board ?

It is time to check other audits for all the member nations; but with Bulgaria for example; we see that there was an audit report done (2018-6571) on the ‘Import Controls for Food and Live Animals’.  As Bulgaria is the main route out for live animals exported from the EU to Turkey; it may well be worth a read to see exactly what the audit report says and to ask what, if anything, has been done as a follow up by the Bulgarian authorities ?

Some of the reports; as per this above case, are NOT yet published.  They are listed but are not yet accessi8ble; We wonder why ?

But we do know the dates and numbers of the reports; so asking questions and obtaining further information could be followed up with national MEP’s if required by you.

Have a hunt around – you may come across a lot more info than you realised;

If we have to learn something about tenderness, love, loyalty, sensitivity …

We only learn that from the animals.