Very Important note – This petition to the UK Government can only be signed by UK / British living citizens.  It IS NOT a global petition.  If you are non UK resident, please DO NOT try to sign it as your details will not be accepted.– thank you – Mark – WAV.

This is how the government will respond to the petition:

At 10,000 signatures, government will respond to this petition

At 100,000 signatures, this petition will be considered for debate in Parliament 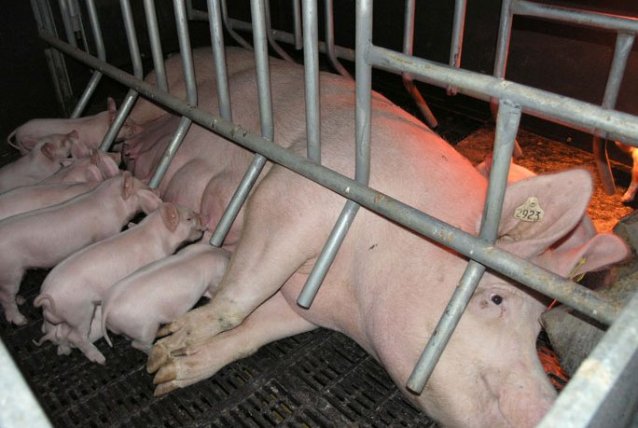 Ban the use of farrowing crates in the UK

Farrowing crates, profoundly similar to sow crates which were banned in the UK in 1999, are long, narrow crates in which sows are contained during gestation. It’s still legal to use farrowing crates in spite of them having the same implications to animal welfare as the sow/gestation crates.

Pigs are intelligent, sentient beings and these crates deny their natural behaviours. This frustration can be displaced to damaging abnormal behaviours such as self-mutilation due to the intensive conditions. Farrowing crates severely restrict the sow’s movement and deny them the instinctual urge to build a nest, worsening their frustrations. Having been made illegal in Sweden, Norway and Switzerland, we should follow this route of progression to maintain our reputation for good animal welfare.

THIS BELOW IS FARROW FREE – so much better for animal welfare.

We need this – please sign the petition (UK residents only).