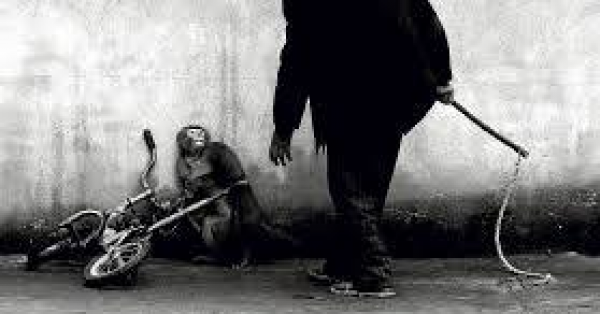 RTL journalist reports from Suzhou
On 30th March 2015 at 18:45h RTL broadcasted a report about an “animal torture village” in China. They became a very sad celebrity and China announced that village as “cultural heritage”
Surely you remember the pictures which were shown:
Pictures of totally scared monkeys, who had to learn how to ride a bike while being chained to it and during that action were beaten with a stick!

Read a lot more via the above petition link – in both German and English.

The following video is not directly associated with this petition, but it does show animal suffering at this very same ‘animal torture village’ – WAV: