Rats, mice, fish, pigs, goats, birds, monkeys, cats, dogs, rabbits, guinea pigs. It can be said that there is no species that is not used in animal experiments.

Animal experiments are not only unethical and morally objectionable, but scientifically unreliable too. Humans and animals are fundamentally different in their physiologies such that data obtained from animal experiments cannot be applied to humans.

This film by the German NGO “Doctors Against Animal Experiments” shows some of the possibilities of innovative research methods based on cells of human origin that are scientifically sound and provide human-relevant data.

Mini-organs and multi-organ chips allow a research that not only brings reliable results for humans, but also works without animal experiments.

There is no complete man on a chip yet, but the developments are in full swing.
Single organ chips are already available: Heart, intestine, lung, kidney, liver and currently a mini brain was developed. Watch the video!

Here individual human organs are reproduced. The advantage is that they are based on human material, such as cardiac cells, which, for example, occur during surgery anyway. This will test drugs or other substances. Such organ chips can be connected with small tubes – almost to a mini human.

Who is interested in leaving everything as it is during animal experiments?

There is a billionaire animal experiment lobby behind. Animal experiments can make huge sums of money. Whole industries thrive, from the laboratory equipment companies that sell all the equipment to the breeders of the animals.
Everyone can order animals for experiments as in the catalog.
And, of course, the researchers themselves, who are getting funds for doing animal experiments. The more they publish in professional journals, the more money they receive for new animal experiments.

This is the self-sustaining system of the laboratory mafia.

Apart from ethics, animal experiments are a very fatal aberration, if one believes that he wants to cure or understand human diseases. Although this is spread in the public, but does not correspond to the facts. And the vast majority of animal experiments, more than 40 percent,  serve from the outset the purportedly purposeless basic research.

Of the few drugs that make it to the market, up to 50 percent are withdrawn because they show side effects, sometimes even with death, show, which could not be detected in animal studies before. This is further proof that the animal experiment is not suitable for creating security for us consumers.

Scientific studies prove again and again that animal experiments do more harm than good. Accordingly, announced medical breakthroughs, such as cancer, are missing.

It is a consumer security faked, which is not given in reality. Rather, animal testing is a tool to legally protect companies, such as the chemical industry, in the case someone is harmed or killed.

My comment: Cancer is a typical example of the chronic failure of animal experimental medicine.
It may be that with some types of cancer certain treatment successes are to be observed.
But given the billions of investments in chemos, radiation, medicines etc … and the millions of cruelly tortured animal victims, the overall balance is sobering to catastrophic.

“The history of cancer research is the story of how to cure cancer in mice. For decades, we have been curing cancer in mice, but it has not worked out in humans” (Dr. Richard Klausner, Director of the American National Cancer Institute).

They have big, spherical eyes, live in treetops and their favorite pastime is certainly not to be tickled. We are talking about Plumploris, a primate species native to Southeast Asia.
Sweet as the monkeys are, they live so dangerously. Their biggest enemy: the human being, who subjects the Plumploris to a torturous treatment so that they can finally be considered cute pets!

They are spreading like wildfire in social networks: videos of these sweet exotic monkey race – the articles are being lied, commented on and shared thousands of times.

The result: more and more people want to keep such an exotic animal as a pet!!

What many are unaware of – behind it is unspeakable suffering for the individual animal, poaching and illegal trade and even the eradication of whole Plumplori species.

According to the International Union for Conservation of Nature and Natural Resources, (IUCN for short), Plumploris are among the “critically endangered” species.

Since 2007, the sale of animals is prohibited. Still, they are still hunted on a large scale, caught alive and sold to exotic animal markets. Especially in Japan and China, Plumploris are welcome pet animals.

The information about the agonizing treatment that Plumploris has to endure for their pet use is deliberately kept secret.
Plumploris are among the few mammals that are poisonous. On their forelegs they have a gland that produces a secretion that unfolds its toxicity in conjunction with their saliva. Even a bite of the cat-sized, nocturnal animals is poisonous.

Teeth are pinched off!

The “logical” consequence for black market traders, who scent the big business with the sale of the small animals: The teeth must be gone. Thus, the canines of Plumploris are pinched right after catching. This has fatal consequences: every feeding becomes agony and the open wounds can cause serious infections.

Often this not only leads to severe inflammation, but even to the death of the animal. Apart from that, one knows too little about the feeding habits of the monkeys, with the result that many animals die in captivity due to malnutrition.

Very few people know that the Plumploris, who are considered to be particularly trusting, can only be lifted up and stroked without resistance because the silent persistence is part of their defense strategy.

And also a gland on the elbow produces a strong poison, which, in combination with saliva, can even be dangerous to humans. The supposedly “sweet” videos on which the lories stretch their arms over their heads to be tickled show just that – a defensive attitude and a warning.

The ETN (European Animal and Nature Conservation) has therefore set itself the task of educating consumers on why the exotic animals are not pets and what are the serious effects of keeping the animals. We want to make Internet users aware that every “like”, “sharing” and positive comment has devastating consequences for the whole species.

Help for the animals – very concrete

The ETN not only clarifies, but also provides applied and concrete help. Therefore, we also support projects that help the animals who have become victims of illegal trafficking – ideally projects in which the animals end up living in their natural environment.

A research project funded by the ETN helps to keep the diseased and often traumatized Plumploris in reception centers in the best possible condition and to prepare them for life in the wild, as far as possible. In addition, it will examine which measures in captivity are best suited to promote the natural behavior of animals – thus avoiding behavioral problems and allowing the animals to survive in their natural environment in case of later release.

In addition, the research results are used to make recommendations for the attitude of the Loris – as well as other monkey species with similar food and behavioral spectrum, for the rescue stations. This allows confiscated animals to be cared for as effectively as possible worldwide and, ideally, prepared for reintroduction.

If you also want to help protect Plumploris and other exotic species, support our education and share our Petition:

My comment: I found the video below on the internet.
At the beginning of the video, which lasts 4 minutes, a German Undercover journalist appears as a potential buyer of a Plumploris. The vendor, a woman, at the animal market tells him that the operation must be done via a poacher, because that’s illegal !!
He does it.
At the end of this video, we learn that the poacher gets 2 euros per animal because he’s just the middleman in this business.

And now comes the moral of the story: The German Undercover journalist confesses that he can not judge the poacher, because he does that to feed his family, and that’s barely enough for that.

Such videos are even more dangerous than the Plumploris’ handsets on the Internet.
They represent perpetrators as innocents victims of the demand.
They need to feed their family, so we have to understand (that is: forgive) that they are destroying other families of other beings, and selling the small members of these families, the monkey babys, to the market for 2 shit Euros.
No one is to blame, misery is to blame for everything …

The buyer demands what is already on the market, and this market requires “products” that the poachers and the end dealers invent and operate.
According to the same logic, rapists would be forgiven for necessarily satisfying their sexual needs.
In the case of murderers one can even rely on the instinct of aggression (after Konrad Lorenz, an important biological function for survival).

And that assassins, arms dealers, kidnappers and blackmailers have to feed their family is out of the question.

Click on the link below – it makes very interesting reading – fraud as you would expect – and a bad omen for future. 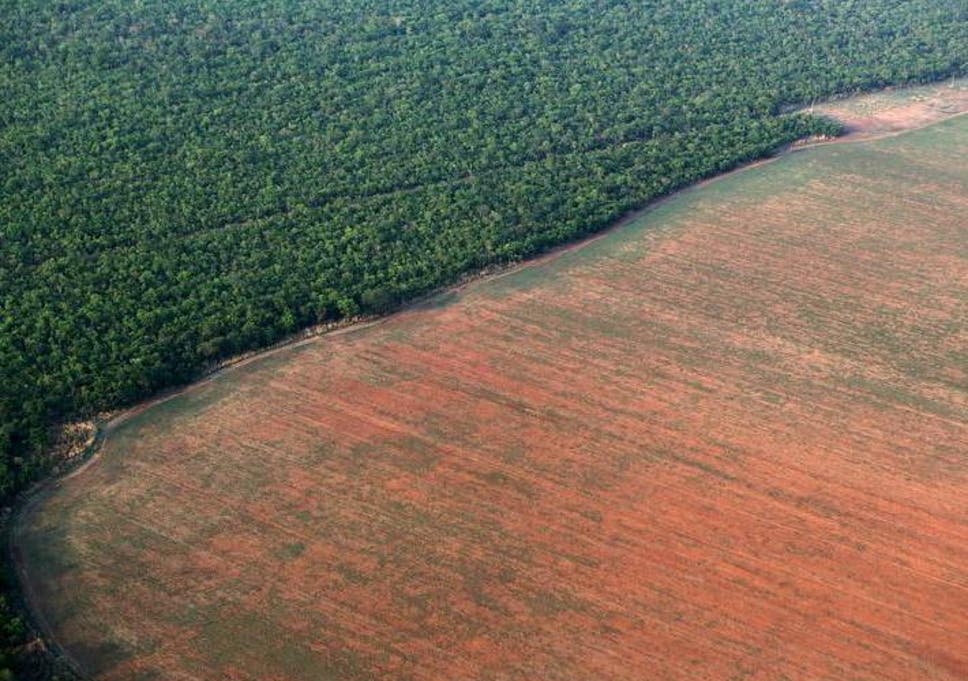 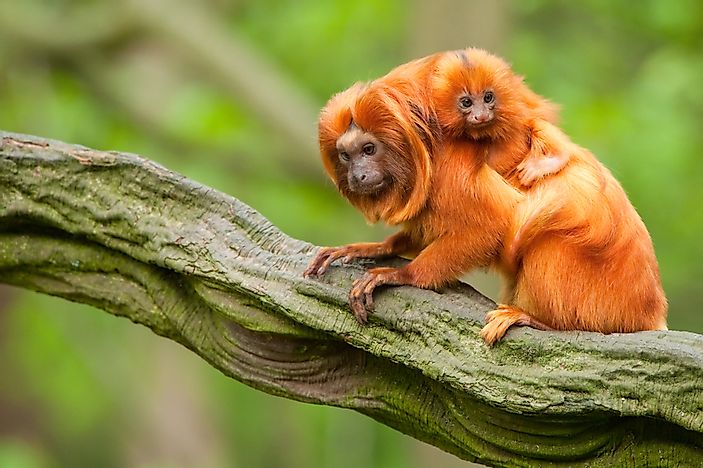 Deforestation of the Brazilian Amazon surged last month to the highest May level since the current monitoring method began, prompting concerns that president Jair Bolsonaro is giving a free pass to illegal logging, farming and mining.

The world’s greatest rainforest – which is a vital provider of oxygen and carbon sequestration – lost 739sq km during the 31 days, equivalent to two football pitches every minute, according to data from the government’s satellite monitoring agency. 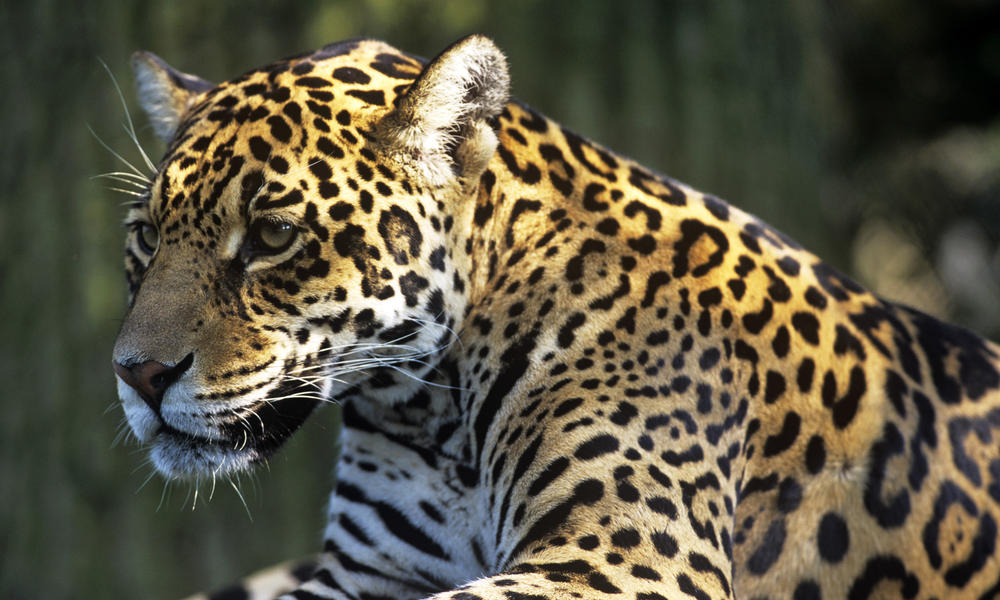 Unless the government sends a clear signal it will not tolerate a further acceleration, environmentalists fear there will be an increase in the coming months that could make 2019 one of the worst years for deforestation in recent memory.

Read the full article from The Guardian (UK newspaper) by clicking on this link: 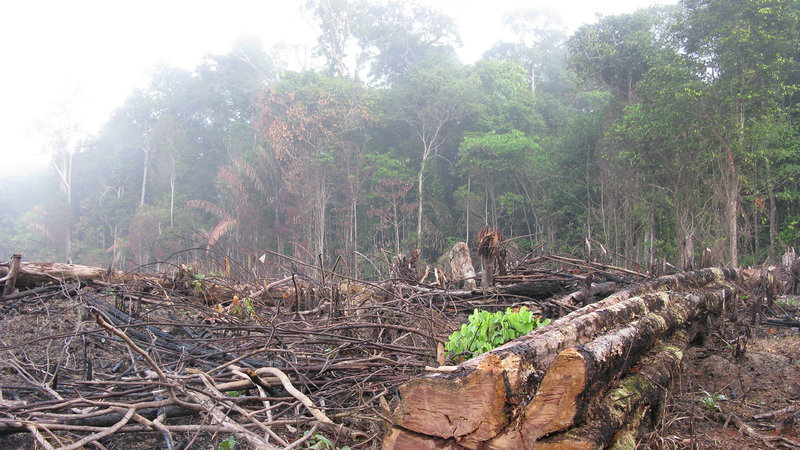 Brazil President, Jair Bolsonaro, a seven-term lawmaker and former army captain, represents a clear and present danger not only to his country but to the planet.