A hunting tower was downed on the night of 06/01 in upstate NY.

We hate this speciesist civilization and want to see the end of the murder and oppression of wildlife.

We also want to see the end of the murder and oppression of wildlife , and we fight for this.

Next week (17 – 23/6/19) is World Meat Free Week, so what better time to celebrate all the benefits of being plant-based?

From helping to combat climate breakdown to tackling global food shortages, and of course saving animals from suffering on factory farms, there are plenty of great reasons to try veg!

Our Love Veg website is packed with delicious recipes and expert tips to help you on your journey, whether you’re a seasoned vegan or you’ve just recently started trying more plant-based foods. Check it out below!

Plant-based products are on the rise. There’s now a wide range of meat alternatives available in all the major supermarkets and even more tasty veggie options are popping up on high street restaurant menus across the UK.

There really has never been an easier time to give veg a go! 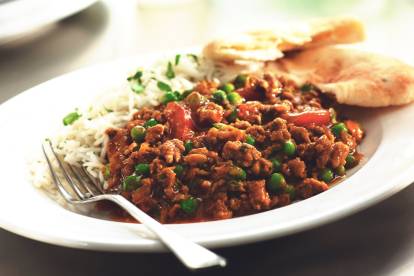 Whether you’ll be choosing the veg option once, twice or every day this World Meat Free Week, thank you for helping to create a more compassionate world for farmed animals!

Further links to other great sites with articles and scrummy recipe links: 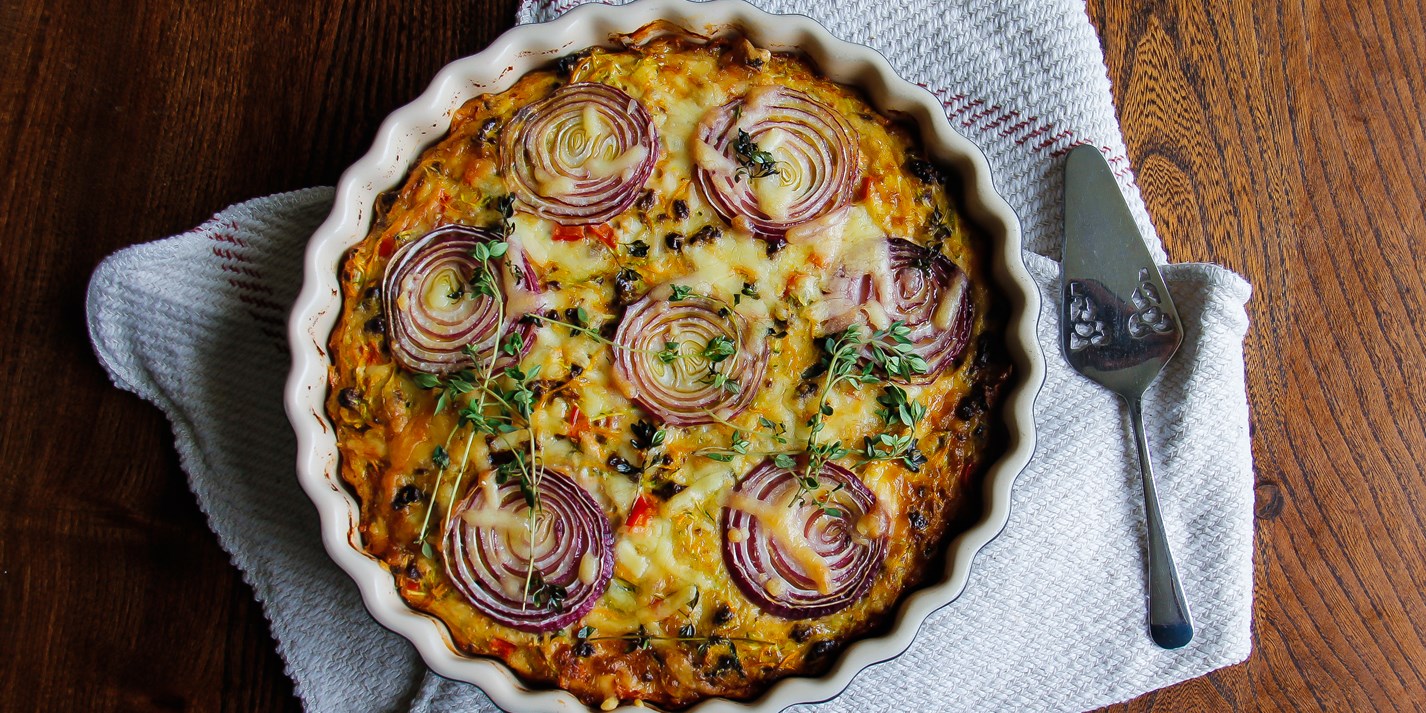 In less than three weeks, Japan will for the first time host the G20.

Because Japan is one of the world’s largest public financiers of coal fired power plants. It is the only G7 country building coal power plants domestically and financing them overseas.

There are forces within Prime Minister Abe’s own Government pushing for Japan to move away from coal. But without international pressure Abe won’t act.

Japanese activists have a plan to deliver tens of thousands of signatures from people across the world to Shinzo Abe right in the middle of the G20 when he’s trying to show his Government’s best face to the world.

But our friends in Japan need your help.

Will you sign the petition to the Japanese Government to stop financing coal?

The world’s leading scientists have warned we have less than twelve years left to avoid climate catastrophe.

Floods. Droughts. Bushfires and extreme weather events will all become more frequent unless we keep fossil fuels in the ground.

And it’s not just Japan’s public funding of coal that is fuelling the climate crisis. Japan’s three largest banks are the 1st, 2nd and 4th biggest lenders to coal projects in the world.

12 years is a short window to head off climate catastrophe, but it is possible to do it if major economies like Japan switch from coal to clean renewable energy. If we can get Japan to stop financing coal it will be a seismic shift.

Japan, Korea and China are the largest public financiers of overseas coal power. Once Japan ends its coal finance, Korea is expected to follow suit.

Add your voice and call on Shinzo Abe to reject coal and embrace clean energy!

WAV Comment – We have seen from this (our) site alone; as well as many others, that the current ‘system’ of around 10 billion animals being needed in farming to sustain around 1 billion people just cannot work. We have shown the issue of what cow farts do, and the demand of sustainable land (often rainforest) being destroyed just in order to keep Beef animals on; let alone their massive water consumption; it is simply destroying a lot of trees and plants that would otherwise be pumping oxygen into the system, thus cutting down our CO2 and greenhouse gas emissions; keeping temperatures under control more. Things have got to / are slowly changing; and this (meat free) is one of them. What a dream; no factory farms abusing meat producing animals for the want of human tastebuds. Bring Vegan on !!

Most ‘meat’ in 2040 will not come from dead animals, says report

Most of the meat people eat in 2040 will not come from slaughtered animals, according to a report that predicts 60% will be either grown in vats or replaced by plant-based products that look and taste like meat.

The report by the global consultancy AT Kearney, based on expert interviews, highlights the heavy environmental impacts of conventional meat production and the concerns people have about the welfare of animals under industrial farming.

“The large-scale livestock industry is viewed by many as an unnecessary evil,” the report says. “With the advantages of novel vegan meat replacements and cultured meat over conventionally produced meat, it is only a matter of time before they capture a substantial market share.” 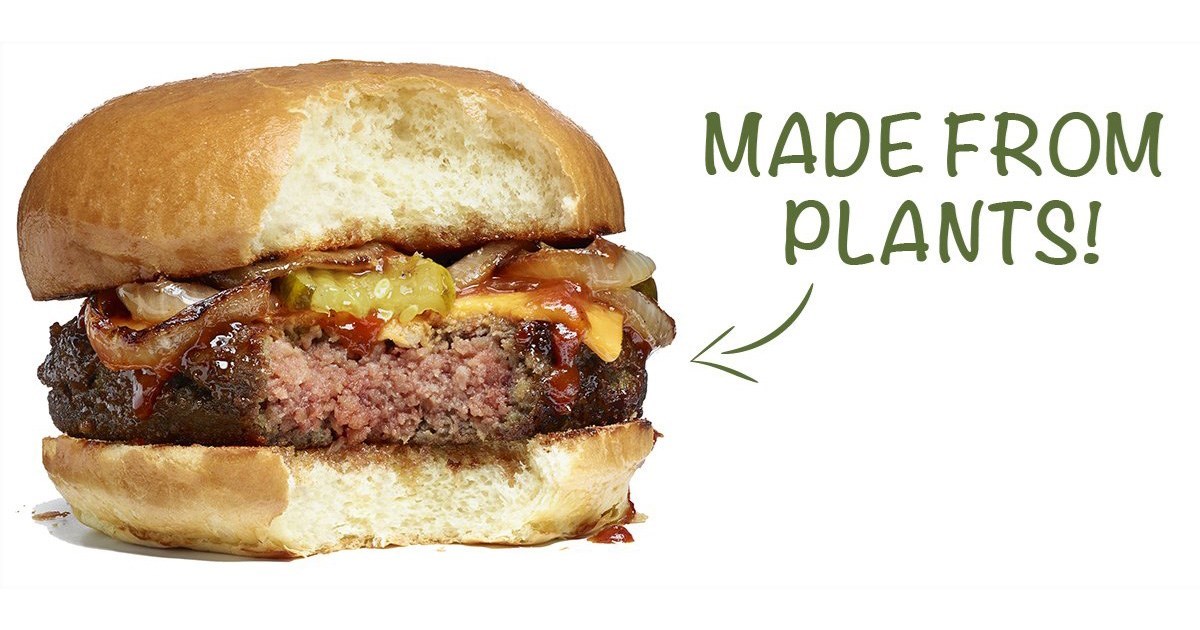 The conventional meat industry raises billions of animals and turns over $1tn (£785bn) a year. However, the huge environmental impacts have been made plain in recent scientific studies, from the emissions driving the climate crisis to wild habitats destroyed for farmland and the pollution of rivers and oceans.

Companies such as Beyond Meat, Impossible Foods and Just Foods that use plant ingredients to create replacement burgers, scrambled eggs and other products are growing rapidly. AT Kearney estimates $1bn has been invested in such vegan products, including by the companies that dominate the conventional meat market. Beyond Meat raised $240m when the company went public in May and its shares have more than doubled since.

Other companies are working on growing meat cells in culture, to produce real meat without needing to raise and kill animals. No such products have yet reached consumers, but AT Kearney predicts cultured meat will dominate in the long term because it reproduces the taste and feel of conventional meat more closely than plant-based alternatives.

“The shift towards flexitarian, vegetarian and vegan lifestyles is undeniable, with many consumers cutting down on their meat consumption as a result of becoming more conscious towards the environment and animal welfare,” said Carsten Gerhardt, a partner at AT Kearney. “For passionate meat-eaters, the predicted rise of cultured meat products means that they still get to enjoy the same diet they always have, but without the same environmental and animal cost attached.”

The report estimates 35% of all meat will be cultured in 2040 and 25% will be vegan replacements. It highlights the far greater efficiency of the alternatives to conventional meat.

Almost half the world’s crops are fed to livestock, but only 15% of the plant calories end up being eaten by humans as meat. In contrast, the report says, cultured meat and vegan meat replacements retain about three-quarters of their input calories.

Potential customer uneasiness about cultured meat will not be a barrier, the report says, citing surveys in the US, China and India: “Cultured meat will win in the long run. However, novel vegan meat replacements will be essential in the transition phase.”

Rosie Wardle of the Jeremy Coller Foundation, a philanthropic organisation focused on sustainable food systems, said: “From steaks to seafood, a full spectrum of options is emerging to replace traditional animal protein products with plant-based and cell-based meat technologies.

“The shift to more sustainable patterns of protein consumption is already under way, driven by consumers, investors and entrepreneurs, and even pulling in the world’s biggest meat companies. If anything, predictions that 60% of the world’s ‘meat’ will not come from slaughtered animals in 20 years’ time may be an underestimation.”

However, a National Farmers’ Union spokesman said: “Innovation and new technology has always been central to the progress of British livestock farming. Although the science of lab-grown meat is interesting, the NFU believes there is great potential for livestock farming to continue its journey of producing safe, traceable and affordable food for the nation and it will continue to do so as long as the public demands it.”

In other words; farmers continue to want …. 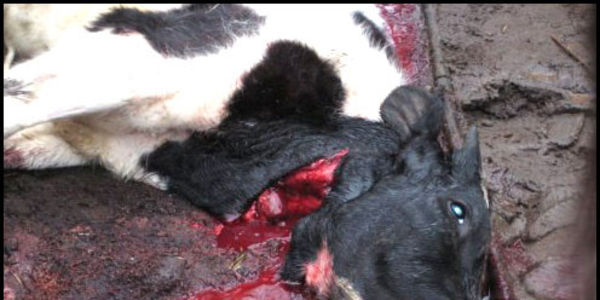