France will block an EU trade deal with Brazil and its neighbours over the country’s handling of fires in the Amazon rainforest, a spokesperson for Emmanuel Macron has said. Brazil’s far-right president Jair Bolsonaro has been criticised around the world for his response to the fires, which scientists say are man-made and campaigners have linked to businesses looking to exploit the land.

“The president can only conclude President Bolsonaro lied to him at the Osaka summit,” a spokesperson for the Elysee told the Reuters news agency.

Wildfires raging in the Amazon rainforest are an international crisis that must be tackled by the world’s richest nations, President Macron has declared.

The French leader said that the record number of fires that have broken out this month, ravaging forests in Brazil and neighbouring countries, must be top of the agenda at this weekend’s G7 summit in Biarritz.

His remarks drew a sharp response from President Bolsonaro of Brazil, who blames environmental groups for the surge in wildfires as he tries to deflect international criticism 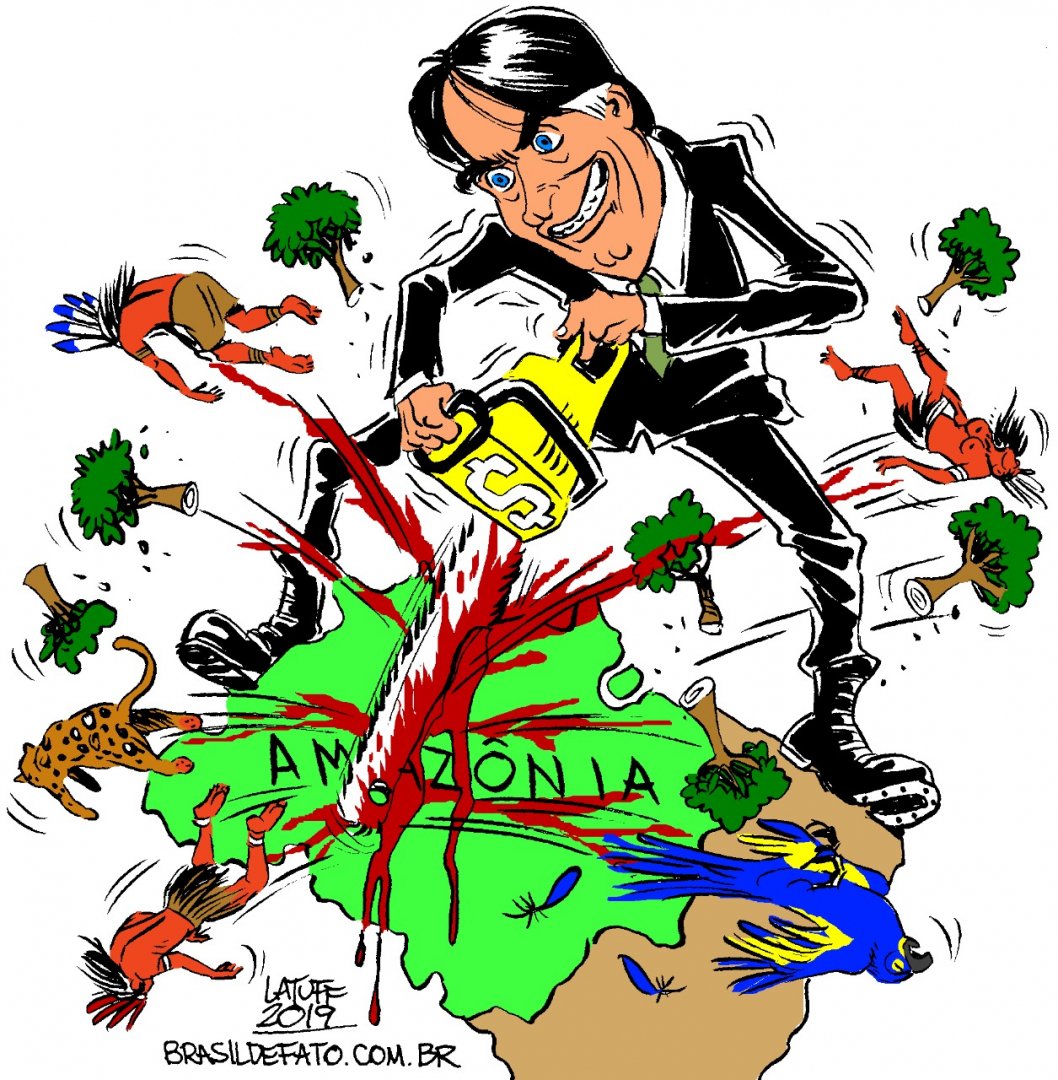 The rainforest might seem a remote place, but it is the heart of the planet – and it is under attack as never before

The Amazon is the centre of the world. Right now, as our planet experiences climate collapse, there is nowhere more important. If we don’t grasp this, there is no way to meet that challenge.

For 500 years, this has been a place of ruins. First with the European invasion, which brought a particularly destructive form of civilisation, the death of hundreds of thousands of indigenous men and women and the extinction of dozens of peoples. More recently, with the clearance of vast swaths of the forest and all life within it. Right now, in 2019, we are witnessing the beginning of a new, disastrous chapter. The area of trees being cleared has surged this year. In July, the deforestation rate was an area the size of Manhattan every day, a Greater London every three weeks. This month, fires are incinerating the Amazon at a record rate, almost certainly part of a scorched-earth strategy to clear territory. Why is this happening now? Because of a change in power.

What is happening in the Amazon?

Thousands of fires are burning in Brazil, many of them in the world’s biggest rainforest, which is sending clouds of smoke across the region and pumping alarming quantities of carbon into the world’s atmosphere.

Does this happen every year?

Yes, but some areas have suffered far more than usual. In the worst-affected Brazilian state of Amazonas, the peak day this month was 700% higher than the average for the same date over the past 15 years. In other states, the amount of ash and other particulates in August has hit the highest level since 2010. 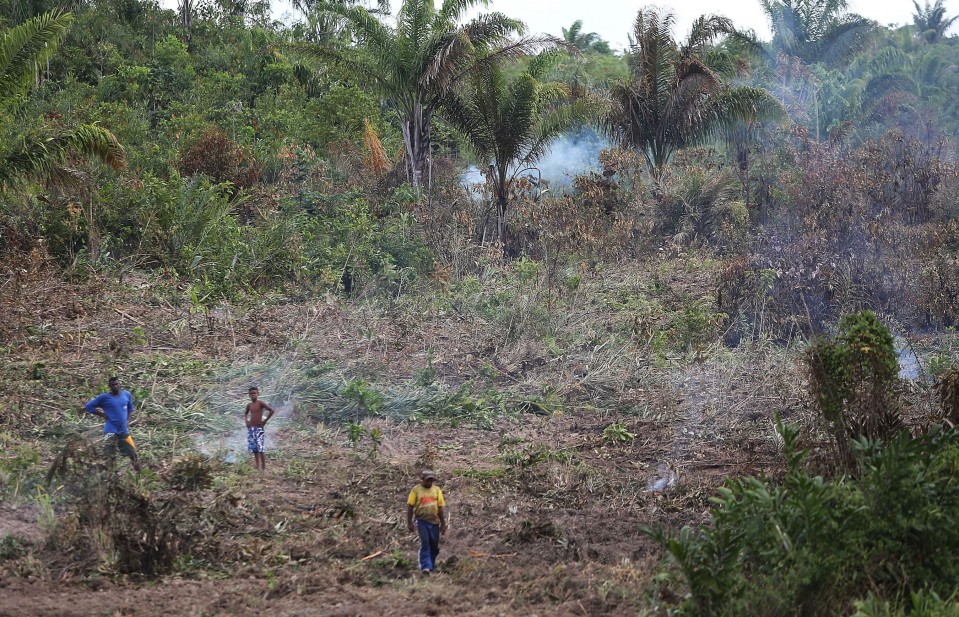 What is the cause?

Most of the fires are agricultural, either smallholders burning stubble after harvest, or farmers clearing forest for cropland. Illegal land-grabbers also destroy trees so they can raise the value of the property they seize. But they are man-made and mostly deliberate.

Unlike the huge recent blazes in Siberia and Alaska, the Amazon fires are very unlikely to have been caused by lightning.

Is the entire forest ablaze?

No. Satellite monitoring experts say the images of an entire forest ablaze are exaggerated. A great deal of misinformation has been spread by social media, including the use of striking images from previous years’ burning seasons. This week, there are more large fires in Colombia and eastern Brazil than in the Amazon. Most of the agricultural burn-offs are in deforested areas. But there are also fires in protected reserves.

So should we still be concerned?

Extremely. The fires are mostly illegal and they are degrading the world’s biggest terrestrial carbon sink and most important home for biodiversity. They also contribute to a more important trend, which is an alarming rise in deforestation. Scientists say the Amazon is approaching a tipping point, after which it will irreversibly degrade into a dry savannah. At a time when the world needs billions more trees to absorb carbon and stabilise the climate, the planet is losing its biggest forest.

How much forest is being lost?

In July, deforestation spiked to a level not seen in more than a decade. According to preliminary satellite data from Brazil’s space agency trees were being cleared at the rate of five football pitches every minute. Over the single month, ,2,254 sq km (870 sq miles) were lost, a rise of 278% on the same month last year. Scientists say this year could be the first for 10 years in which 10,000 sq km of Amazon are lost. 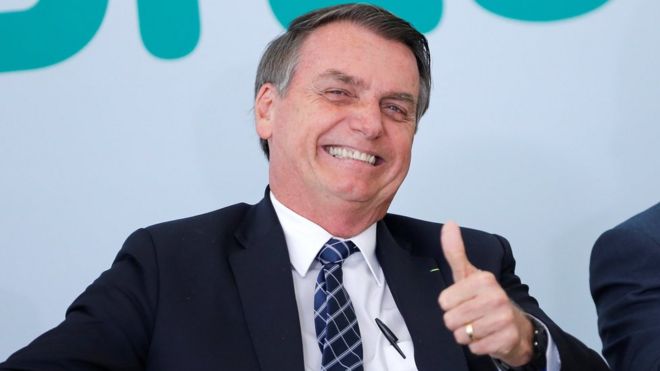 Is this the fault of the Brazilian president?

Jair Bolsonaro has made things a lot worse by weakening the environment agency, attacking conservation NGOs and promoting the opening of the Amazon to mining, farming and logging. The far-right leader has dismissed satellite data on deforestation and fired the head of the space agency. But it is not solely his fault. The agricultural lobby is powerful in Brazil and it has steadily eroded the protection system that was so successful from 2005-2014. Deforestation crept up in the past five years under the previous presidents Dilma Rousseff and Michel Temer. But the rate has accelerated rapidly in the first eight months of Bolsonaro’s rule.

What is the outside world doing?

The UN secretary general and many world leaders and celebrities have expressed concern. The Amazon will be high on the agenda for G7 leaders at a summit in France this weekend. They are likely to make a strong statement condemning the recent increase in deforestation and urge Brazil to restore the Amazon protections that previously made the country a global environmental leader.

No. The priority should be building a buffer against the tipping point and drawing down emissions, which means not just protection of the Amazon but massive reforestation. This will require far more financial support than anything seen until now. For this to be effective, governments will also need to align their environment and trade policies. Currently countries like the UK spend small sums on overseas conservation, then promote billions of dollars worth of trade in beef, soy, timber, minerals and other products that undermine Amazon protection efforts. Politicians should also listen more to the voices of the people who live in the forest, such as indigenous groups and riverine communities.

What can individuals do?

The most important actions are political and collective. Join a party or campaign group that makes the Amazon a priority. Through these groups, urge your elected representatives to block trade deals with countries that destroy their forests and to provide more support for countries that expand tree cover.

Apart from this, donate to organisations that support the forest, forest dwellers and biodiversity, including Instituto Socioambiental, Amazon Watch, WWF, Greenpeace, Imazon, International Rivers and Friends of the Earth.

As consumers, think twice before buying Brazilian beef or other products unless certified by groups such as Rainforest Alliance. The Amazon connection is not always obvious.

As the crisis escalates…

… in our natural world, we refuse to turn away from the climate catastrophe and species extinction. For The Guardian, reporting on the environment is a priority. We give reporting on climate, nature and pollution the prominence it deserves, stories which often go unreported by others in the media. At this pivotal time for our species and our planet, we are determined to inform readers about threats, consequences and solutions based on scientific facts, not political prejudice or business interests.