Signatures from overseas visitors would be most welcome and would strengthen the case – Mark. 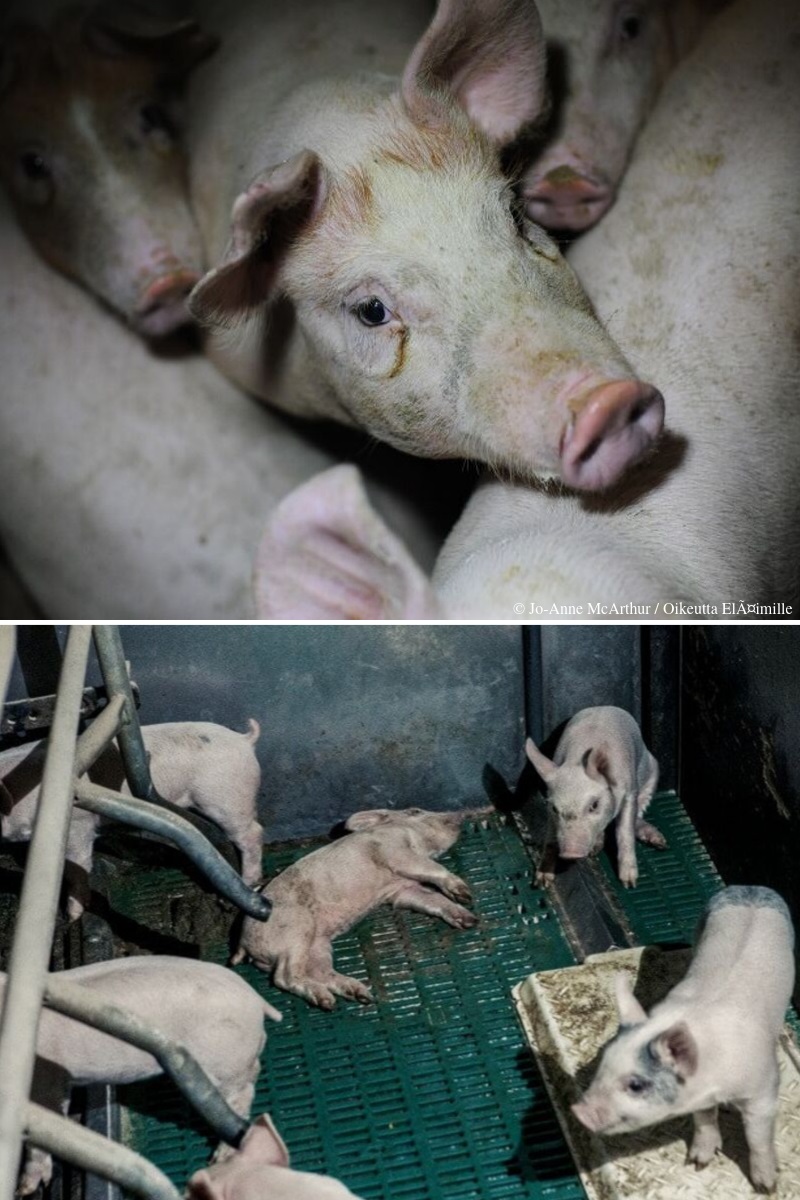 If plans for an intensive pig farm in North Kesteven, Lincolnshire, are approved, nearly 2,000 pigs at a time will be crammed into a small building, where they’ll never be able to breathe fresh air or see daylight.

At just 20 to 24 weeks old, they’ll be packed onto a lorry and sent to the abattoir, where workers will slit their throats and leave them to bleed out.

We have only two days left to speak out against this proposal – the deadline for submitting comments is Tuesday, 1 October. Please add your name to our petition now:

Thanks for your compassion.

More info and sample letter that you will be supporting:

Plans have been submitted to North Kesteven District Council for an intensive pig factory farm in Lincolnshire. If the proposal is approved, thousands of pigs will be sent to slaughter every year.

On factory farms, pigs are treated like machines rather than sensitive, living beings. At the proposed facility, nearly 2,000 of them at a time will be crammed into a small building, where they’ll never be able to breathe fresh air or see daylight.

Unable to behave naturally, pigs in extreme confinement often suffer from stress and frustration, which can drive them to engage in aggressive behaviour such as tail-biting, so farmers routinely cut off their tails without painkillers.

The pigs will reach their “finished weight” when they’re just 20 to 24 weeks old, at which point they’ll be packed onto a lorry and sent to the abattoir. At the end of this terrifying journey, the animals are typically stunned with electric tongs or suffocated with carbon dioxide in a gas chamber before their throats are slit and they’re left to bleed out.

Speak Out for Pigs Now

Local residents have described the proposal as an “atrocity” – they are worried about overwhelming odours, noise, and pollution and don’t want this misery on their doorstep.

Please join them in speaking out against these horrific plans by signing our petition to North Kesteven District Council:

We are writing in relation to planning application 19/1085/FUL, which seeks permission for the construction of a pig rearing and finishing unit on land north of Station Road, Harmston, Lincoln. The building would hold as many as 1,920 pigs at a time in intensive conditions. We object to this proposal for the following reasons:

We hope you will take our objections, along with comments made by local residents, into account when making a decision on this application.