MISSION OF WORLD ANIMAL DAY
To raise the status of animals in order to improve welfare standards around the globe. Building the celebration of World Animal Day unites the animal welfare movement, mobilising it into a global force to make the world a better place for all animals.  It’s celebrated in different ways in every country, irrespective of nationality, religion, faith or political ideology.  Through increased awareness and education we can create a world where animals are always recognised as sentient beings and full regard is always paid to their welfare.

To achieve this, we encourage animal welfare organisations, community groups, youth and children’s clubs, businesses and individuals to organise events in celebration of World Animal Day. Involvement is growing at an astonishing rate and it’s now widely accepted and celebrated in a variety of different ways in many countries, with no regard to nationality, religion, faith or political ideology.

Events are organised under the World Animal Day Umbrella by being publicised on this website and advertised using the World Animal Day brand and logo. Global branding effectively ties all events together and, over the years we have found this approach to be particularly helpful to grassroots groups who struggle to attract media attention in order to raise awareness of their work and fundraise. This draws attention to animal issues and makes them front-page news – a vital catalyst for change. Each year the logo becomes more widely recognised as a global brand for animals.  A brand that unites the animal welfare movement – firmly establishing itself as a platform for raising the status of animals.

Participation in World Animal Day will continue to grow until it reaches and connects animal advocates in all corners of the world.  It’s something that everyone can join in with, whether they are part of an organisation, group, or an individual.  We regularly receive wonderfully inspiring messages about World Animal Day from animal advocates around the world.  For example: “Thank you once again for your inspiration and support towards this auspicious World Animal Day that continues to make a huge difference for animals in Africa and the world at large.” Josphat Ngonyo, Executive Director, Africa Network for Animal Welfare, and “What World Animal Day is doing for animals is truly influencing all of us in amazing ways.”

Building the celebration of World Animal Day mobilises people for action now for a better future for animals.

Throughout history, social movements (mass actions) like World Animal Day, have always been a major vehicle for ordinary people’s participation in politics, and key in fighting for social justice and reform. The lives of animals are profoundly affected by the actions of individuals, businesses, and nations.  It’s therefore essential that, as sentient beings, their rightful status as recipients of social justice is established and translated into effective animal protection.  World Animal Day embraces all animals and the unique concerns of each, in every country, and makes animals front-page news. Through increased awareness and education, we can help develop a compassionate culture which feeds into legal reform and social progress to make this world a fairer place for all living creatures.  A world where animals are recognised as sentient beings and full regard is always paid to their welfare. World Animal Day has already brought about a significant and lasting contribution towards advancing animal welfare standards, and its influence will only continue to grow. We regularly receive heart-warming messages from people keen to tell us about what being involved with World Animal Day has helped them achieve and we’d like to share a few of these phenomenal victories with you now. 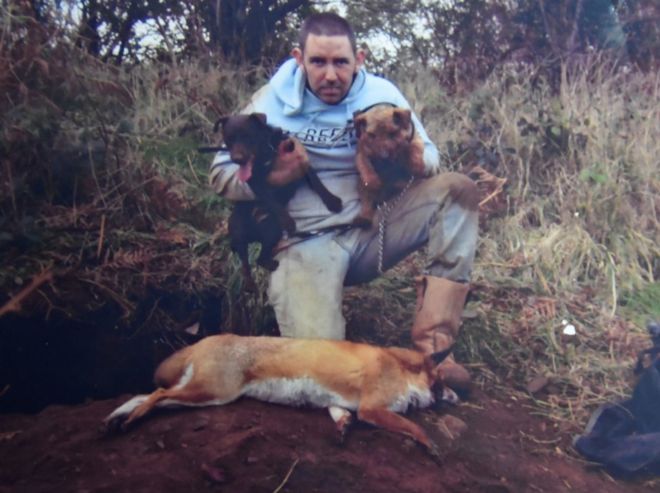 A man who bought cats on Gumtree to use as live bait for fighting dogs has been jailed for 10 months.

He is believed to have bought the cats online from sellers who believed they were going to a safe home.

Dog fighting equipment including tracking collars, nets and animal traps were also found at the house in Ayr.

Cuthbert, 42, was sentenced at Ayr Sheriff Court after pleading guilty to keeping three dogs, cats and a rat for animal fighting, and procuring cats for fights.

As well as his 10-month jail sentence, he was banned from keeping animals for 10 years. 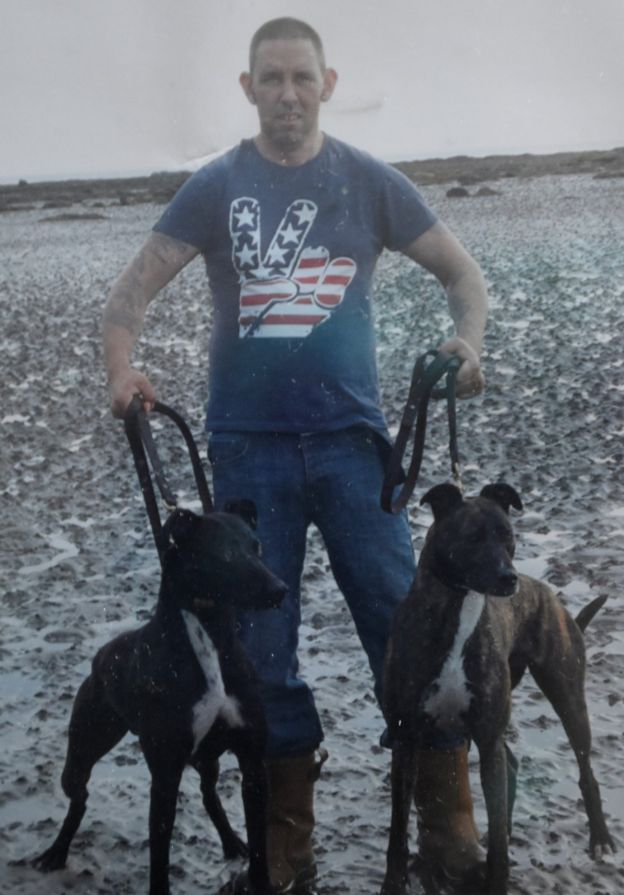 The court heard Scottish SPCA inspectors went to Cuthbert’s home with a warrant on 16 March last year where they found three Patterdale Terriers – two of them older dogs and the third a puppy.

A specialist vet found the older animals, called Digger and Billy, had multiple injuries, some of them recent, consistent with fighting a badger.

Digger and the puppy were rehomed, but Billy was so aggressive he had to be put down after attacking a Scottish SPCA employee.

Cuthbert’s phone was seized during the search and images and videos were found of his dogs killing domestic cats and a rat in a trap.

A Scottish SPCA undercover investigator said the case was one of the most upsetting and “depraved” they had encountered.

One video showed the three dogs attacking a domestic cat in a field as it fought for its life.

“It’s clear the cat was caused horrendous suffering and many of the cats he purchased will have suffered long, torturous deaths,” he said

“Cuthbert had been picking up the cats for his dogs to attack from the online selling site, Gumtree.

“After contacting Gumtree, we found correspondence between Cuthbert and people who had listed their cats on the site which led us to believe large numbers of cats were uplifted from pet owners who trusted their cats were going to a good, safe home.”

The charity urged pet owners to carry out thorough checks when selling or rehoming animals online.

“If you are using an online service to find a new home for, or sell, your pet, please be vigilant and ensure your pet is going to a safe environment,” the investigator said.

” If you are suspicious, do not continue with the sale and notify the Scottish SPCA as soon as possible.” Ship transporting 60,000 sheep on journey of death gets ‘clean bill of health’

The sheep are doomed to spend three weeks at sea in squalid conditions should a live export permit be granted, and many will not make it out alive.

The Al Shuwaikh livestock vessel destined for Kuwait, which has docked in East London for the past few days awaiting shipping 60,000 sheep onto it has been given a clean bill of health, according to Dispatch Live.

It was earlier reported that a permit had already been granted, but has since been corrected to reflect that this is only expected to take place later this week, department of rural development and agrarian reform spokesperson Ayongezwa Lungisa told Dispatch Live on Monday.

Lungisa says veterinarians are expected to be inspect the sheep for diseases and vaccinations before the Al Shuwaikh heads for Kuwait. If this is in order, a live export permit is expected to be granted.

The sheep are doomed to spend three weeks at sea in squalid conditions, and many will not make it out alive.

Al Mawashi, the livestock transport and trading company facilitating the live export, ironically claims that it does not tolerate poor treatment of livestock in any part of its supply chain. The National Council of SPCAs (NSPCA) urged both government and the public to reconsider the shipment.

The permit being granted has hit them and other animal rights organisations hard.

In a statement, the NSPCA details the gruesome conditions the sheep will face on the ship.

“Onboard this ship, they will be crammed so tightly that many will not be able to lie down and rest. For three weeks, they will stand, with limited access to food and water, and some will have no access at all … They will be forced to stand in their own excrement, wearing what is called “faecal jackets”.

Marcelle Meredith, NSPCA executive director, said: “The South African government have the power to stop this shipment, they have a responsibility to ensure that welfare is a primary concern, especially in light of our success in the high court recently with regards to permitting issues and welfare considerations.”

In a damning statement, the NSPCA has slammed the company’s blatant hypocrisy, pointing to claims that they operate transparently.

The NSPCA continues to advocate that live export by sea for slaughter purposes is unethical, unnecessary, and unacceptable. According to Animals Australia, over 100,000 litres of urine and faeces accumulate on a trip like this each day the sheep are onboard.

Waste build-up makes it dangerous for the sheep to lie down, as they risk being buried alive, and ammonia from their excrement often leads to respiratory infections, and burning eyes and throats.

“All this mixed with disease, overcrowding, pneumonia, motion sickness, physical trauma and injuries, and stress, creates the perfect environment for excruciating suffering, and many animals will die in transit.”

The fate of those that survive the journey is not good either – they will face “inhumane handling” before being violently slaughtered while they are still alive.

Carte Blanche screened horrifying footage of the live export trade on Sunday evening, with the video still making the rounds on social media.

The NSPCA hoped their online petition would encourage government to reconsider the shipment.

“South Africa must take a stand against this abhorrent and unnecessary practice and rather export packaged meat, which not only ensures that animals do not suffer unnecessarily, but helps the country’s struggling economy.”

Those who wish to make a donation to the NSPCA can do so by clicking here. 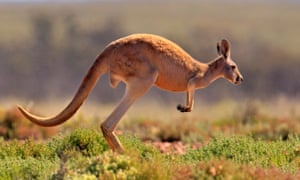 19 Year old Australian driver charged with killing 20 Kangaroos in a 1 hour frenzy on the road.

Nearly 200 dolphins stranded themselves on a beach of Boa Vista island off the coast of West Africa on Tuesday.

Authorities in the Cape Verde islands have called on Spanish experts to help determine why the mammals beached themselves.

Officials, residents and tourists managed to drag some of them back out to sea, but many returned.

Mystery as 200 dolphins wash up on a tourist beach on Cape Verde – with some beaching themselves after locals managed to drag them back to sea.

Despite their efforts, authorities had to bury 136 dead dolphins.

Although some of the dolphins swam off and survived the mass beaching, experts fear that they may not have long left to live due to the trauma of their ordeal.

Scientists believe that the leader of the dolphin school may have got lost or disorientated and the rest of the animals followed.

BIOS Cape Verde, a volunteer environmental association in the former Portuguese colony, said on its Facebook page Friday that it took samples from 50 dolphins and four others were placed in deep freeze by the local council.

The group said veterinarians from the University of Las Palmas in Spain’s Canary Islands are due in the coming days to perform tests.

Activists warned that similar incidence have been seen in the past and called for the protection of the the diverse wildlife off the Atlantic coast of Africa.

In March it was reported that 1,100 dolphins had beached themselves on the shores of France in just three months, a 40-year record high.

Many were mutilated with injuries sustained from being trapped in fishing nets and having their fins cut off.

My comment: Again and again there are reports of mysterious animal mass extinctions.
The mass extinction of the sea mammals is no more enigmatic and no less rare.

There are several reasons for this:
– The oceans are getting more and more polluted and overfished, they acidify and heat up, the oxygen content sinks.
– Drilling or the search for gas and oil deposits with compressed air guns produce the sound waves that irritate the sensitive sensory organs of the animals and take their bearings.

This brings us back to the conclusion that the human species is (mostly) the designer of such massacres!