On 28.11.2019, a sperm whale stranded and died on the beach of Seilebost on the Scottish island of Harris. 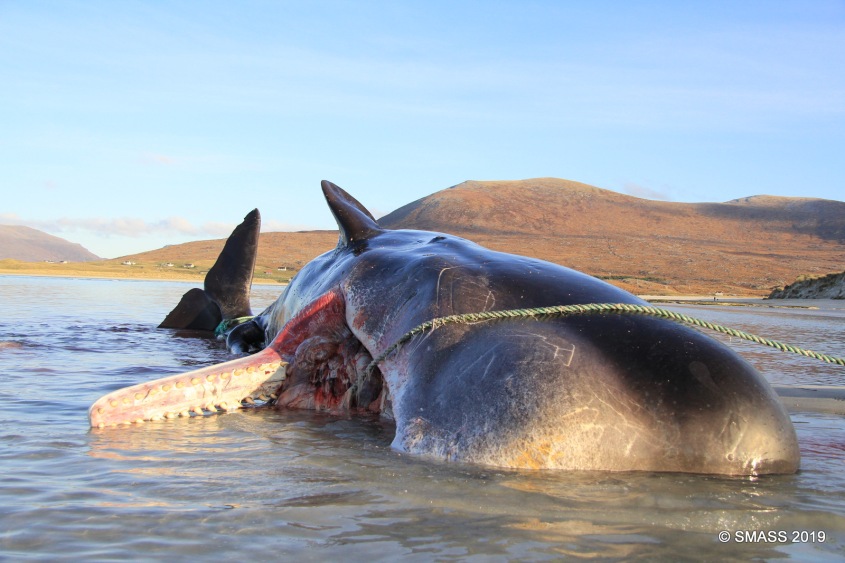 The male cub unfortunately could not be saved. At the weekend, the dead whale was examined, with a frightening result: According to the Scottish Marine Animal Stranding Scheme report, this included a range of plastics such as fishing nets, rope bundles, plastic cups, bags, gloves, harnesses and tubes. 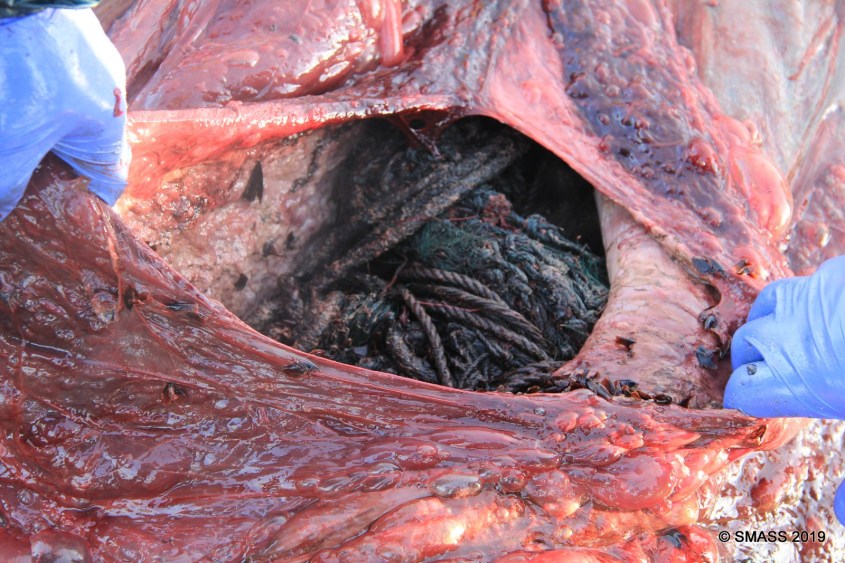 Opening the stomach showing some of the material balled up inside

The whole material was like a huge bullet in the animals’ stomach and part of the mourning. The general condition of the sperm whale was not that bad. And although this stomach content certainly caused problems, it could not be proven that the garbage was responsible for beaching; The gastrointestinal tract was not clogged with garbage. 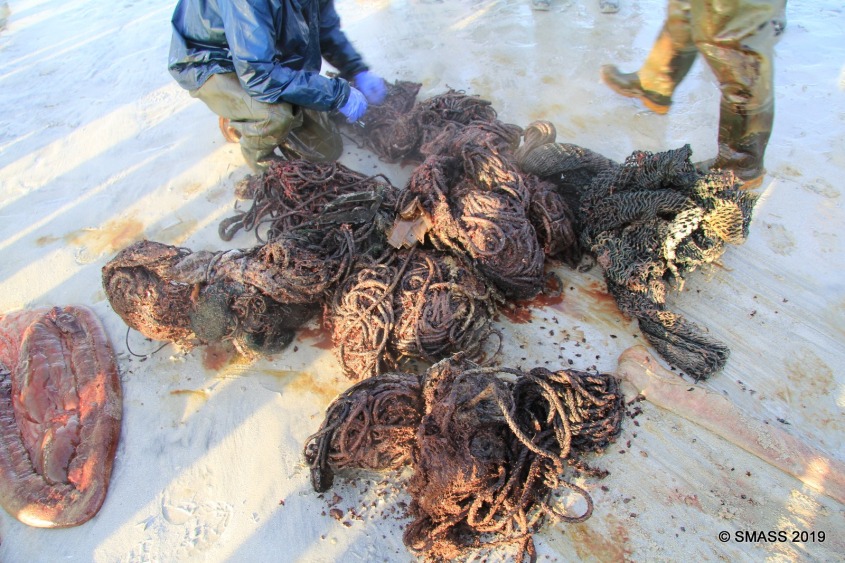 All this plastic rope and debris was in the stomach

What in the end has always caused the death of the sperm whale, so these pictures and test results again clearly show what people are doing to the oceans and the animals with their littering. 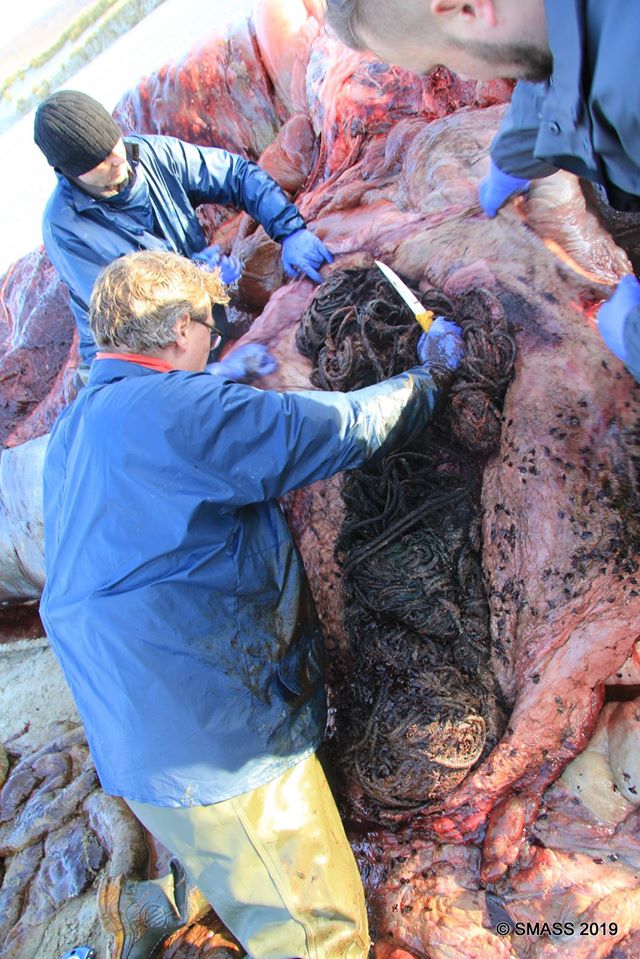 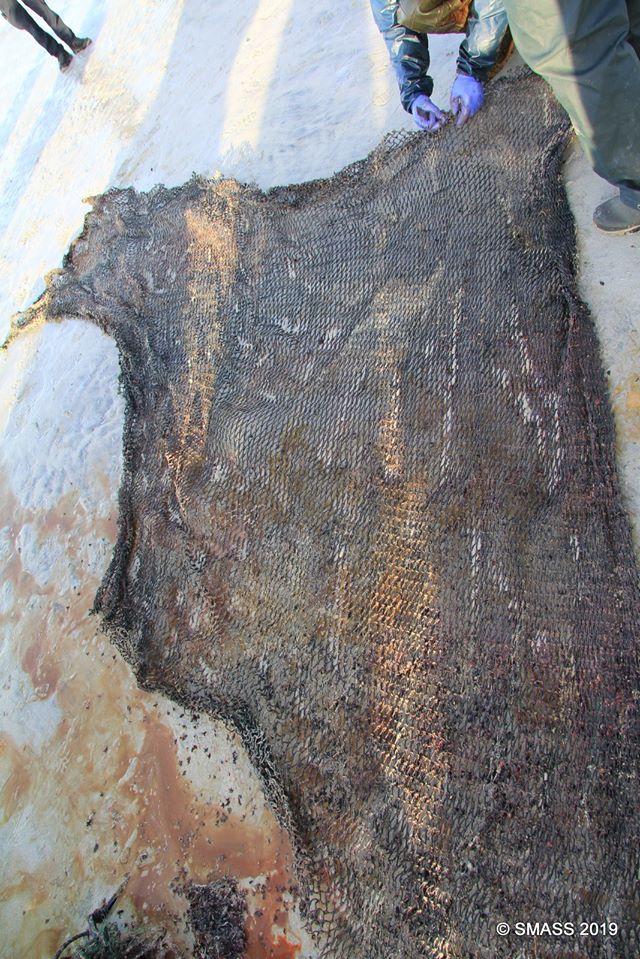 Section of net recovered from stomach

100 kg plastic garbage in the stomach, of all kinds and origin, which no living thing deserves.

And I mean…There is the # COP25 in Madrid, where delegations from 196 countries arrived by plane and participate in the UN Climate Change Conference 2019.

Since 1992 this circus takes place annually – and in the end it is called bla – bla – bla! We talked about the climate, it was a nice company and good food.

Meanwhile, rainforests are being flared, jungles are being turned into palm oil deserts, natural disasters are taking place everywhere, and while the well-paid idiots are enjoying their expensive meat menus of murdered animals fed with soy from poor countries in the Third World, the Planet clock beats five past twelve!
This is how it is done year after year – and while the ice thaws in the Arctic, Greenland becomes green again, these delegates and their companies are happy that the ice releases the raw material that the industry needs!
We are experiencing the dictatorship of criminal oligarchs.

One thought on “environmental crime”