This courageous donkey gave human beings the chance to help him after nearly losing his hoof and his life. His owner, perhaps to keep him from running away, had tied his front and hind legs together to ensure that the pain kept him from trotting and getting away. We don’t know who the owner is or how this sweetheart escaped, but the plastic packing tape that bound him hock to hock almost killed him.

In the course of our rescues, we see painfully often that animal abuse is the norm whenever animals are owned for a financial purpose, whether it’s for their meat, eggs or milk or in this case, for Vishwas’s labour.

Please donate to show animals like Vishwas the compassionate side of humanity.

Beautiful Zarin must have been a puppy when someone tied a rope around her neck, but no one removed it as she grew. Slowly it became tighter, then so tight that it cut right through the skin. But the constricted neck and massive flesh wound was partially hidden by her fur, until it had become so deep and the abraded tissue so bright that, finally, someone noticed her huge problem. We hurried her back to our hospital, removed the rope, thoroughly flushed the wound, treated her for infection and began the beautiful process of her healing. You'll definitely see why we say Zarin is one of the sweetest girls we've ever met. Please donate for street animal rescue: link in bio. #love #compassion #care #compassionrevolution #kindness #streetanimalrescue #joy #healed #rescue

Beautiful Zarin must have been a puppy when someone tied a rope around her neck, but no one removed it as she grew. Slowly it became tighter, then so tight that it cut right through the skin. But the constricted neck and massive flesh wound was partially hidden by her fur, until it had become so deep and the abraded tissue so bright that, finally, someone noticed her huge problem.

We hurried her back to our hospital, removed the rope, thoroughly flushed the wound, treated her for infection and began the beautiful process of her healing.
You’ll definitely see why we say Zarin is one of the sweetest girls we’ve ever met.  Please donate.

It’s easy to under-estimate the complexity of what it means to drive one of Animal Aid’s ambulances. The driver, who also serves as a rescuer, helps safely rescue injured animals, provides first aid, navigates down narrow and busy lanes, and is the face of Animal Aid to the community. We’re proud to have Kamlesh Sharma as one of our stalwart ambulance drivers and rescuers. He has served with us for 2 years so far, but despite that relatively short time, his wonderful work reflects our deepest philosophy: help the vulnerable and treat them gently

Stuffed, fattened, tortured: the life of the Christmas geese

The so-called Christmas celebrations together with the New Year and the so-called Easter festivals have become the cruelest slaughter festivals of mankind, which among other things bring painful deaths to millions of geese and other animals.

Turkeys are often taken from their barns late at night, to make it easier for workers to collect them. They are picked up by their ankles, carried upside down and roughly shoved into crates.
During this process, their bones—weakened and brittle from the lack of sunlight and nutrition—are often broken, and their bodies bruised.They are then transported to a slaughterhouse.

Across the world, it is often legal to transport turkeys without food and water for days on end, in open-sided crates where they are exposed to weather extremes from scorching heat to freezing sub-zero temperatures.

Thousands of individuals die during transportation.

Those that reach the slaughterhouse alive are grabbed and hung upside down, causing even more pain and distress. Their heads are dragged through an electrified “stunning tank,” which aims to immobilise them; however, many will attempt to dodge this, and so are not stunned.

Furthermore, studies have shown that whilst their bodies may be immobilised, they can still understand what is happening, and still feel pain. This isn’t a step designed to make their slaughter less painful—it’s designed to make it easier for workers to kill them. Following this, they have their throats slit.
Again, this isn’t always effective, and those that survive this step will be boiled alive in a tank of hot water used for feather removal.

And does anyone really believe that the animal has no sensations and has no idea what terrible things will soon happen to it?

The suffering of the geese begins at the latest before the church’s so-called “Martin’s Day” on November 11th, when they are declared “Martin’s geese” according to church tradition and their necks are therefore turned around.

Meat consumption, the priesthood and the church have been closely linked in our culture since their beginnings. But the leading politicians together with the church authorities are very bad role models on the days off in December.

So it was already in the newspaper “Die Welt” in 2010: Angela Merkel fries her Christmas goose herself (December 21, 2010). And the year before, the “Main Echo” wrote:
“At Christmas the Chancellor must have a goose, otherwise it is not a real Christmas, Merkel knows no pardon. The poultry is plucked and goes into the stove”.

It is not known that something has changed since then with the Chancellor.

The question is: Do the meat eaters really want to eat animals that were kept in this way? Do you really want to take part in this stupid, bloody and cruel animal tradition?

We cannot wish a good appetite and merry Christmas to eyeryone who  celebrates this festival with a corpse on his table.

Our message is: let the geese live! And let the other animals live, too, the ducks, the turkeys, the chickens, the calves, the lambs, the deer, the pigs and the many other animals, which, especially on the big church slaughter days, still raise up to hundreds of thousands, even millions most terrible way to lose their lives.

WAV Comment – Nature lover; game reserve owner; hotel owner; Chimp on the Menu ! – strange how it all comes together when you investigate a little more.

This is an official menu of one of the main 5 star hotels in Kinshasa, the DR Congo.

The owner Beatrice, claims to be a nature lover and owns a game reserve. It seems she is also a trafficker of protected species such as chimps as seen on the menu…Beatrice?

The owner’s name is Andre’ Kadima who also worked previously for ICCN, the DRC parastatal in charge of fauna and flora. Clearly, he has done more than what meets the eye and deserves to face justice. A local NGO,

opened a case against him and is in need of support! 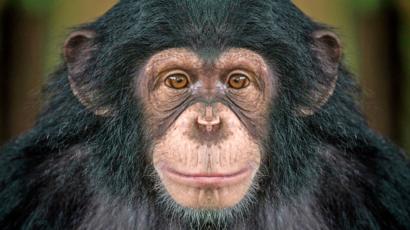 Have your say on killing kangaroos for profit

URGENT: closing SUNDAY. Kangaroos are being shot and injured, and joeys decapitated, bludgeoned or left to suffer and die — all so these unique native animals can be sold as meat or skins. Now’s your chance to speak out against kangaroo shooting cruelty: