While the fir trees are shining all over the world, the world is on fire.
The earth is burning and that is not an exaggeration. The forests of this earth are burning worldwide.

Whether in Latin America, Africa, Australia, Asia or in Europe.
In Latin America, 471,000 hectares of forest were burned within five days.
From January to August 2019, a total of 75,336 fires broke out in Brazil.

Indonesia continues to burn – According to the Indonesian Civil Protection Agency, more than 400,000 hectares were burned this year alone, just to grow more palm oil!

The forests are also burning in Africa – Uganda loses an average of 100,000 hectares of forest area per year.

Hundreds of thousands of fires were counted in Angola or in the Democratic Republic of the Congo – because palm oil is also cultivated here and raw materials are harvested.

And in Australia, Sydney disappears in the smoke and thousands of hectares of forest have been destroyed. An end is not visible – because while winter has started here, summer begins in Australia.
With these many global fires, many animals and people lost not only their lives, but also their homes.

The Christmas tree became a symbol of the burning forest!
A moving art installation in the heart of Sydney supports the victims of bushfires before a very challenging Christmas.

It was made from materials collected in the fire-destroyed New South Wales.
It consists of tree branches, a burned bike, a destroyed fire alarm and other debris left behind by the fatal fires.
The artist James Dive designed the artwork, which is surrounded by colorful gifts.

Merry Christmas! For whom?

And I mean..The earth burns, animals burn and scream and are slaughtered millions of times, but on this holy night we thunder our chorals next to the crib and pray to God for peace and joy, as if we were not the ones responsible for the destruction of the earth and animals.

Oh! you silent, holy night and your hypocritical servants …

Australian PM Scott Morrison says he will not make “reckless” cuts to the nation’s coal industry, despite criticism of his response to climate change and a deadly bushfire crisis.

RT if you know that no animal should be killed to become dinner.pic.twitter.com/0TPZP9TlKH 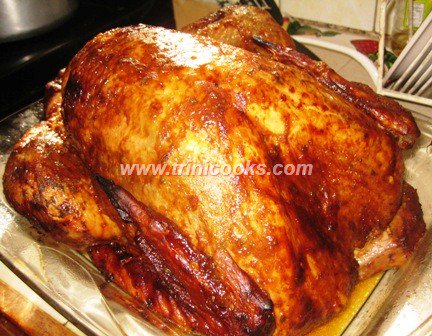 Would Jesus / Christ Approve of This ???

Despite EU-wide official protection status, wolves have to fear for their lives in many countries. How could Germany be missing from the list?

To protect sheep and other farm animals, wolves will be easier to shoot in the future. This is provided for in a grand coalition bill that the federal government passed after a long dispute.

According to the plan by Environment Minister Svenja Schulze, it should also be possible to launch it in the future if it is unclear which wolf attacked a flock of sheep, for example. It should be possible to shoot wolves in the area until there are no more attacks – even if an entire pack is killed. However, the state authorities have to approve each shot individually. In addition, hunters should be regularly involved in advance.

The wolf enjoys a high level of protection through international and national regulations. The EU’s central nature conservation law is the Fauna-Flora-Habitats Directive, or FFH for short.
The focus is on the species and habitats listed in various appendices.
For the wolf, this means not only a basic prohibition of killing, but also more extensive prohibitions of disruption.

In Germany, the requirements are implemented via the Federal Nature Conservation Act. Wolves are strictly protected throughout Germany. In the event of violations, the public prosecutor’s office takes action. Depending on the offense, fines of up to five years’ imprisonment or high fines are possible – but they are almost never imposed.

“No understanding of wolf romance”

After the wolf was considered extinct in Germany, it has spread more strongly again in recent years. According to the Federal Agency for Nature Conservation, between 275 and 300 adult animals currently live in Germany. The increased attacks by protected wolves on sheep and other livestock have long caused heated discussions between farmers and conservationists.

In total, around 1.6 million sheep are kept in Germany.

“The protection of the wolf is also important to us. But it must have limits,” said Union faction vice president Gitta Connemann of the news agency dpa.
“In densely populated and economically used areas, conflict-free living with the wolf is not possible. For good reason nobody has understanding for wolf romance there”!

Cracks now threatened livelihoods, shepherds would have to give up (!!!)

My comment: The problem with German politicians is not only that they are outrageous agricultural lobbies, but that they want to sell us all for stupid.

Speaking of “problem wolf”: So if a wolf eats a certain number of sheep to survive, is it a “problem”?
Then how do we define people who, for sheer pleasure, first torture millions of animals in animal factories to brutally kill and eat them? And as I said, even optional!

Furthermore, the entire discussion is hypocritical and systematically initiated by the hunters. There is a competitive situation for hunters and wolves. Around 1,300 wolves currently live in Germany.
According to the German Hunting Association, 840,000 people have a hunting license. Everyone wants to keep it and enjoy their roast game. Where’s the wolf’s livelihood?

Of course, then he has to fall back on the grazing animals.

Human being, as a rationally reflecting individual can assess the consequences of his actions (killing). The wolf can’t do that. So I don’t know why these animals should be killed because they kill animals.

But the reason is somewhere else: there are countless politicians with a hunting license or they are happy to be invited to hunt. Then it goes without saying that this shameful, underhanded and fundamentally illegal law is approved drawn beforehand.

Hunters and Peasants: Be honest at least once: you take care of your meat and if an animal competitor defends your economic interests, of course it must be eliminated.

And then the life of other creatures just has no value for you. Both that of the sheep and that of the wolf.

When farmers say: we love our animals…

Known for its mouthwatering plant-based sandwiches, salads, and more,

boasts over 30 locations across the country (USA).

Veggie Grill—one of the most successful all-vegan fast-food chains—is opening a brand-new restaurant in New York City on Friday, December 13!

Known for its mouthwatering plant-based sandwiches, salads, and more, Veggie Grill boasts over 30 locations across the country, in California, Washington, Oregon, Illinois, and Massachusetts.

The new restaurant will be in New York’s Flatiron District and offer all the delicious options customers have come to love. With yummy favorites like the Buffalo Bomber sandwich, Beyond Burger, and Savory Kale Caesar salad, the menu has something for everyone.

And the chain shows no signs of slowing down. Earlier this year, Veggie Grill opened its first East Coast location in Cambridge, Massachusetts, and partnered with foodservice giant Sodexo to bring its delicious plant-based menu items to select colleges and universities around the United States.

As people become aware of the negative impact factory farming has on animals, the environment, and human health, the demand for plant-based food is growing. Restaurants like Veggie Grill are taking advantage of this changing market by providing delicious vegan options.

Plus, the Big Apple has more vegan restaurants than any other U.S. city—about 600—so Veggie Grill will be in good company.

This thirsty koala was caught having a drink out of a garden hose in Victoria over the weekend.

Right across the country, native animals are constantly on the search for water, among extreme heat and fires.

Please look out for them and provide life saving water whenever you can, thank you.

This thirsty koala was caught having a drink out of a garden hose in Victoria over the weekend. Right across the country, native animals are constantly on the search for water, among extreme heat and fires. pic.twitter.com/qEcax0hsaJ