Even though tens of thousands of lives will be taken in the cull; the message is a simple statement that consumers must not worry as their Christmas Turkey dinner is not affected.  That’s it – in a way you could say that despite the cull, these birds may be the lucky ones – spared a continuing life in an intensive system; having to not endure cruel capture and transportation to the slaughterhouse – and what do they go through when they get there ?  – Public Health England simply describe the issue as ‘low risk to humans’, and ‘food safety is not at risk’.  So, another 27,000 deaths just written off with the simple strike of a pen ordering the cull.  We say – the cruelty of intensive food production 2019.  Ban the Cage Age !

Bird flu strikes farm in Suffolk as 27,000 chickens are killed

All pictures below – Getty Images.

Around 27,000 chickens are due to be culled following a bird flu outbreak at a farm in Suffolk. A number of birds at the commercial chicken farm, close to Eye, were found to have the H5 strain of avian flu. However, industry leaders have reassured shoppers that Christmas turkey supplies will be unaffected by the disease, and the Food Standards Agency confirmed that food safety is not at risk. The disease has also been identified as having low risk to humans by Public Health England. A one-kilometre exclusion zone has now been set up around the farm to limit the risk of the disease spreading.

Richard Griffiths, chief executive of the British Poultry Council (BPC), said the group is also working with the Department for Environment, Food and Rural Affairs (Defra) to ensure the outbreak is contained. He continued: ‘The health of our birds remains the priority for BPC member businesses up and down the country. I would like to urge all commercial and non-commercial producers to maintain effective biosecurity on their premises, remain alert for any signs and report suspected disease immediately.’ A spokeswoman for the BPC added: ‘There is no link whatsoever to the Christmas turkey market. It is unaffected by this case. ‘This is a specific farm in Suffolk and the birds are being culled.’

An investigation is also under way to determine the most likely source of the outbreak. Chief Veterinary Officer Christine Middlemiss encouraged bird keepers to ‘remain alert for any signs of disease’. She said: ‘Report suspected disease immediately and ensure they are maintaining good biosecurity on their premises. ‘We are urgently looking for any evidence of disease spread associated with this strain to control and eliminate it.’

African Rosewood is on the brink of extinction in many regions of West Africa. The fault is the trade in tropical timber. Ghana is a center of destruction, although it is strictly forbidden to fell trees of the species. This forest crime has to stop.

Not a single Rosewood tribe is allowed to leave Ghana anymore.

The Environmental Investigation Agency (EIA) has undercover research into “how corruption and collusion fuel the illegal trading of rosewood in Ghana”.

The extent of the crisis is huge. More than 540,000 tons of wood – equivalent to 23,500 standard containers or around 6 million trees – have been illegally felled in Ghana since 2012 and exported to China.

The wood is intended for China and is processed there to semi-antique luxury furniture. The trade is no secret. The Chinese government even publishes official statistics on Rosewood imports.

However, the timber trade violates not only against the Washington Convention on the protection of species, but also against a national ban in Ghana. 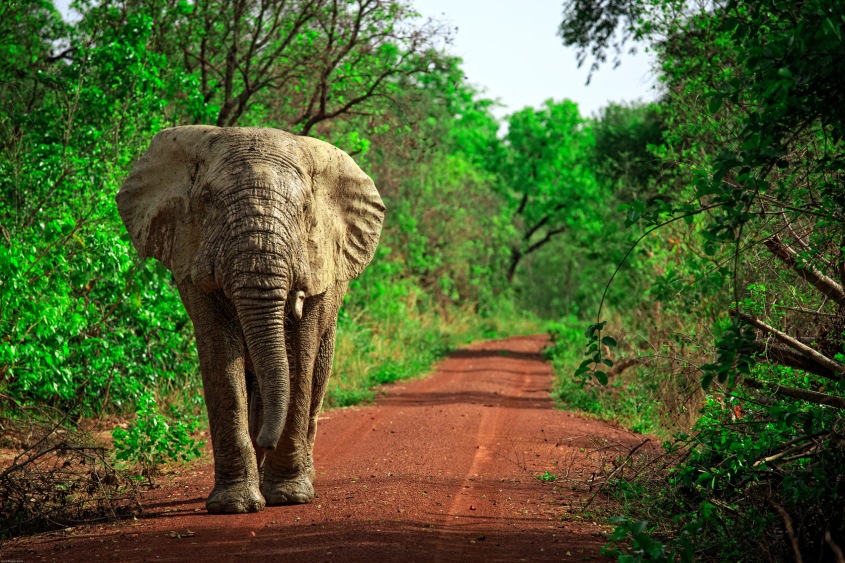 Ghana is rich in biodiversity, including 681 bird species, 694 fish species and 257 mammal species.
16 percent of the country’s surface is covered with forest (2018).

But the forests are disappearing: The destruction of primary forests has increased by 60 percent between 2017 and 2018 – the biggest increase in the tropical countries of the world.
Protected areas are particularly affected. Causes are the cocoa cultivation and mining, also illegal logging, spread of industrial agriculture and fire.

Currently, the EU is negotiating with many countries. In nine of them, the talks are still in an early stage; In Ghana, Liberia, Cameroon, the Central African Republic and the Republic of Congo, the negotiations have come a long way. Indonesia is the only country to issue so-called FLEGT* licenses, with Ghana expected to follow in 2020.

In the eyes of environmentalists, the FLEGT Action Plan carries significant risks.
– Basically, “legal” is not necessarily “legitimate.” “Legal” logging often results in devastating destruction of the rainforest, destruction of the animal habitat and violation of the rights of indigenous people.

– FLEGT always regulates trade with the EU, not with third countries. While many countries, such as the US, Canada, Australia and China, fight illegal logging and trade, criminals find loopholes in the network. And EU knows it.

This forest crime has to stop. Please sign our petition.

Countries around the world are acting to combat illegal logging and foster good forest governance. In FLEGT.org you will find information about the approaches that countries are taking, as well as about initiatives that cross national borders.

The European Union and Ghana are finalizing a timber trade agreement under the Forest Law Enforcement, Governance and Trade (FLEGT) action plan. Ghana is expected to issue FLEGT licenses in 2020 under a Voluntary Partnership Agreement (VPA).

Ghana is seen as a role model for Africa’s FLEGT Action Plan – but much of the timber sector remains highly illegal and corrupt: African rosewood (Pterocarpus erinaceus) trade. It can lead to the extinction of the species in the region.

The Environmental Investigation Agency (EIA), in its BAN-BOOZLED report, analyzes in detail “how corruption and collusion fuel the illegal trading of rosewood in Ghana”.

The illegal export of valuable wood not only violates the Convention on International Trade in Endangered Species (CITES), but also a national ban. It undermines Ghana’s efforts to establish a transparent and legal trading system.

We urge you to: Urge the government of Ghana to end the illegal trade in African rosewood. The EU and Ghana must ensure that the CITES rules are respected. Not a single rosewood tribe is allowed to leave Ghana.

My comment: The EU has its fingers in exploiting Africa for a long time.
The so-called Economic Partnership Agreements, or EPA for short, have closed the EU with some African countries, including Ghana.

The EPAs state that these countries need to open their markets up to 83 percent to European imports and gradually eliminate tariffs and fees.

In return, they will continue to receive duty-free access to European markets, as has been customary for decades.
But the whole thing is unfair, and as always in favor of the EU.
Because the EU can (as well) export to Ghana what it wants, while markets of the country there are just too weak to sell great products in Europe.

That means: Once you have signed, you have to open your market to everything. That’s scam, because in a partnership it should be fair. If it does not, and that’s unfortunately the case with EPA, then it’s dumping because one side has nothing to determine.

In three things only, the EU is developing very fast: corruption, exploitation of the weaker countries and profit from the business of animal life.