A shocking video has emerged that hunt “saboteurs” in Sheffield claim shows their car being violently attacked by a man wielding the corpse of a dead fox.

UPDATE, December 26: We have been given a name for the hunt supporter smashing the fox against the van window.
Cops and media will be informed in due course.
Today we decided to spread festive cheer across North Yorkshire with West Yorkshire Hunt sabs.

First, we stopped off at the Badsworth’s meet at Kirk Smeaton. Though they are now merged with the Yas and Bramham Moor, they still have separate Boxing Day meets. The Badsworth went for a bit of a trot. 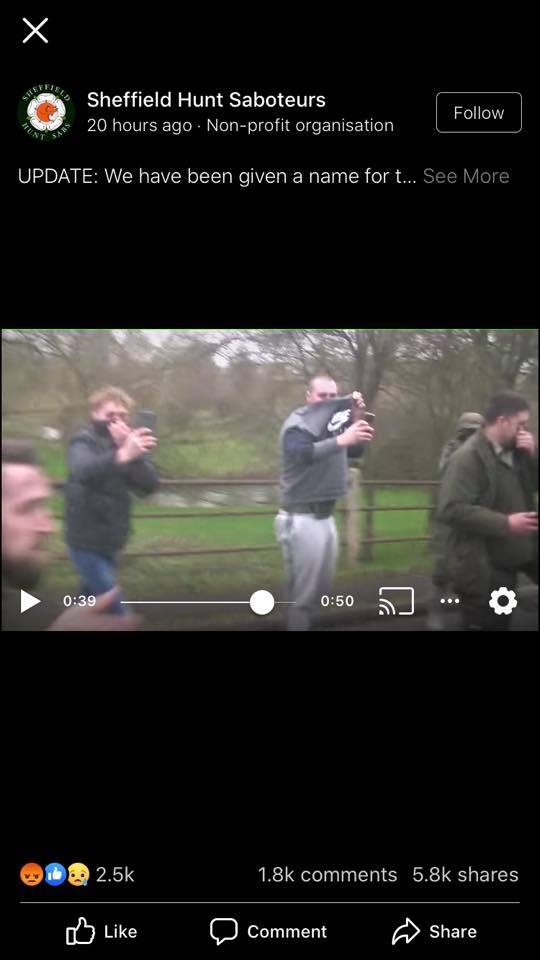 The local scum were clearly unhappy not to see some actual hunting, so decide to be aggressive and block vehicles in and smash our window with a roadkill fox whilst also smashing bits off our vehicle! 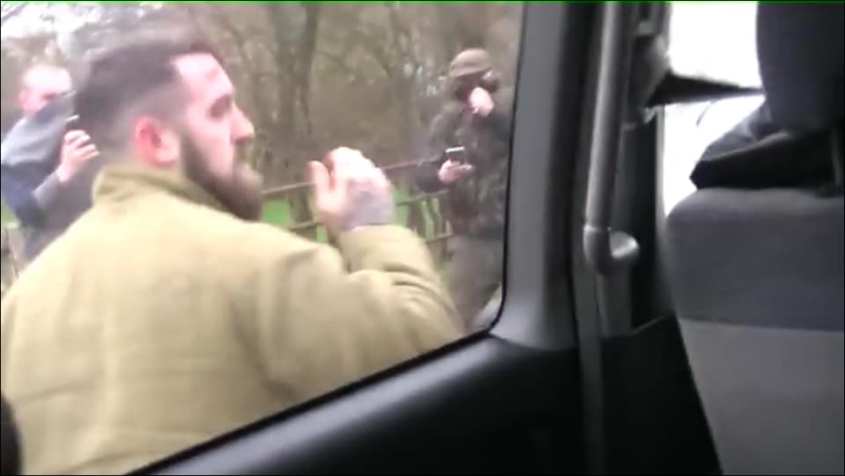 Satisfied the hounds were packed away, we headed to meet the plucky York Anti Hunt League, who had been sabbing the Bramham Moor since they left the meet at Aberford. We helped keep an eye on the hounds as they drew a couple of large coverts, but it soon became clear they were heading back to the meet. Finally packing at 3pm.

Boxing Day hunts are among the UK’s most divisive traditions.

Fifteen years after the Hunting Act was introduced, hunts still take place across Britain every Boxing Day. The Hunting Act came into force almost 700 years after fox hunting first began in England and Wales. It prohibits the chasing of wild animals in England and Wales, including fox hunting, deer hunting, hare hunting, hare coursing and mink hunting. However, the Act does not completely ban hunting.

Drag hunting is still allowed, which involves a pack of hounds following an artificially-laid scent.

It’s very common for hunts to be interrupted or sabotaged by protestors, who suspect that hunts are ignoring the ban and harming foxes anyway.

The RSPCA has warned that trail hunting is often used as a “smokescreen” for traditional hunting.

A shocking video has emerged that hunt “saboteurs” in Sheffield claim shows their car being violently attacked by a man wielding the corpse of a dead fox.

The video shows a man (presumably a hunting supporter) repeatedly slamming what appears to be a fox’s body against their car. 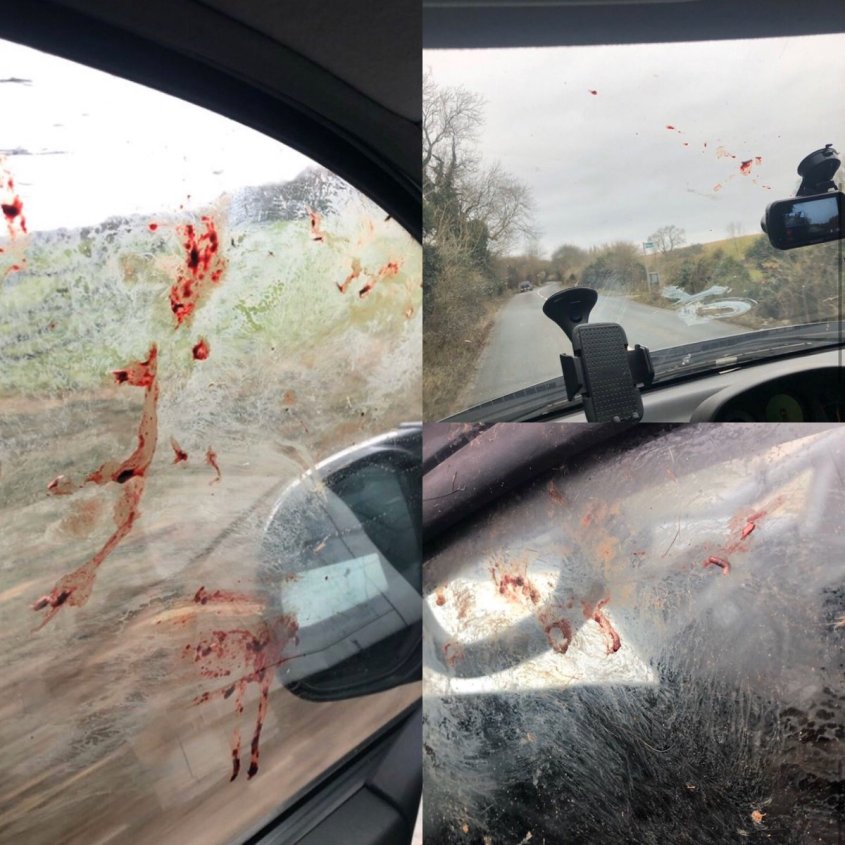 Hunt saboteurs, or “sabs”, follow hunts and try to sabotage them if they suspect that animals are being harmed. It is unclear who the man who allegedly hit the car with a dead fox was, or if he was affiliated with any hunting group.

It’s also unclear how the fox was killed.

But this shockingly viole​nt video will undoubtedly cause distress, and is a clear indication that this debate isn’t going anywhere.

This is our hope: to bring justice to a just verdict against these choleric violent criminals by public jerk.
Because the courts only cover the hunters’ criminals.

Obviously not much has changed in England in terms of the brutality and primitivity with which the hunter sabotages are treated by the hunters.

In his book, the well-known animal rights activist and founder of the “Association Against Animal Factories” Dr. Dr. Martin Balluch, entitled “In the underground”, describes the hunting sabotage in England, in which he himself took part between 1989 and 1997, in a very exciting and documentary manner.

At the time, animal rights activist Tom Worby was also killed in a hunting sabotage, in England. The perpetrator and hunter Tony Ball was found innocent by the court; the case was declared as “accidental death”. Shortly after the fatal attack, Tony Ball (the killer) was given a new identity by the state and went into hiding (page 155 from the book). 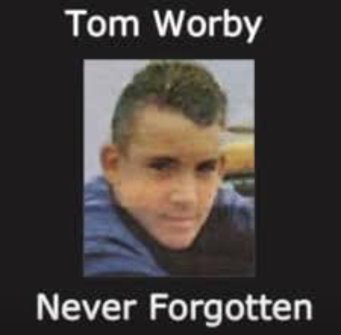 On the 3rd April 1993, Tom Worby, a 15 year old hunt sab was crushed under the wheels of the Cambridgeshire Foxhounds hound van.

No action was taken against the 53-year-old Huntsman, Tony Ball.

And so we see how closely and confidently justice and hunters work, everywhere.

The “hunter-friendly” country Germany, should also learn from the example of Geneva, where there has been no hunting since 1974; there is only professional wildlife management. With excellent results for the wild animal population.
That means: the hunters in Geneva have the task of redeeming only injured animals and to ensure peace and compliance with the law in the forest; Not to massacre animals on behalf of corrupt politicians, like in Germany.

A special message to activists around Britain and beyond who are protesting or sabotaging fox hunts 🦊!

Keep up the great work, frends! Good luck and thank you!

One thought on “England: hunting sabotage against the fox massacre”