Chickens in dirty cages, pigs that are brought to the slaughterhouse in dark trucks, cats that are abandoned, laboratory animals that suffer from excruciating experiments and never a dear hand caresses them – what else should we say about the suffering of the animals, what we haven’t said yet?

For most people it is just one reason to buy the cat Bijou’s favorite food for the day, the pig with no name is still eaten at the restaurant.

Because this society divides animals into edible and inedible.

This year we want to dedicate this day to farm animals.
Where politics have failed the most in every country. 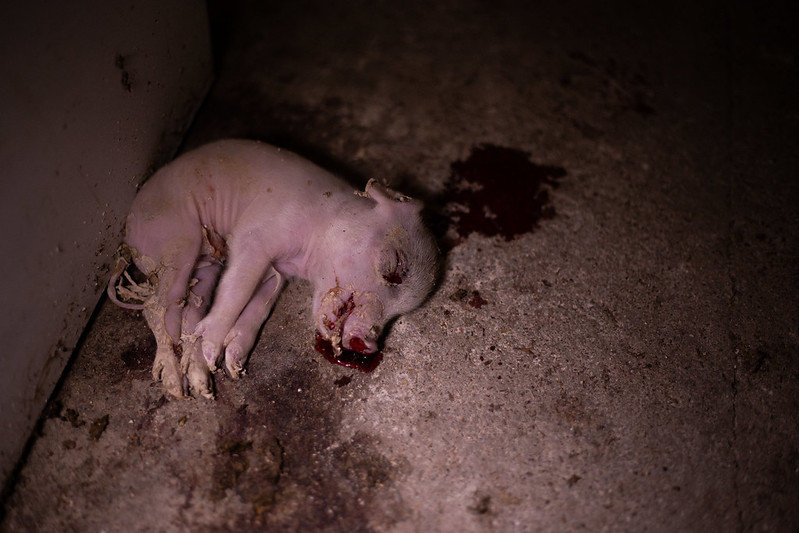 Agricultural crime is an institutionalized crime that systematically acts with impunity.

Governments and EU leaders are responsible for the misery of farm animals. Because they are the lobbyists of the agricultural mafia.
This system works like this everywhere.

Basically, the entire factory farming system violates the law. The suffering of farm animals must finally come to an end.
Despite 15 years of the national goal of animal welfare, the interaction between legislation, enforcement, and jurisdiction does not work in the case of animal welfare offenses.

It is therefore imperative to rethink: we have to fight more massively, smarter, and more directly for animal rights; our fight has to be organized politically, like the fight for human rights back then.
The goal must be the abolition of murders, captivity, and exploitation rather than reform of animal slavery.
Animals don’t need pity, they need rights.

We don’t have any nice words or hopeful pictures to post for the day.
Not even on this day.
We can only take this opportunity to repeat that we will continue to fight for the animals  365 days a year.