Current petition against bird murder in Cyprus: The government of the EU member state Cyprus has drastically reduced the penalties for illegal bird trapping. 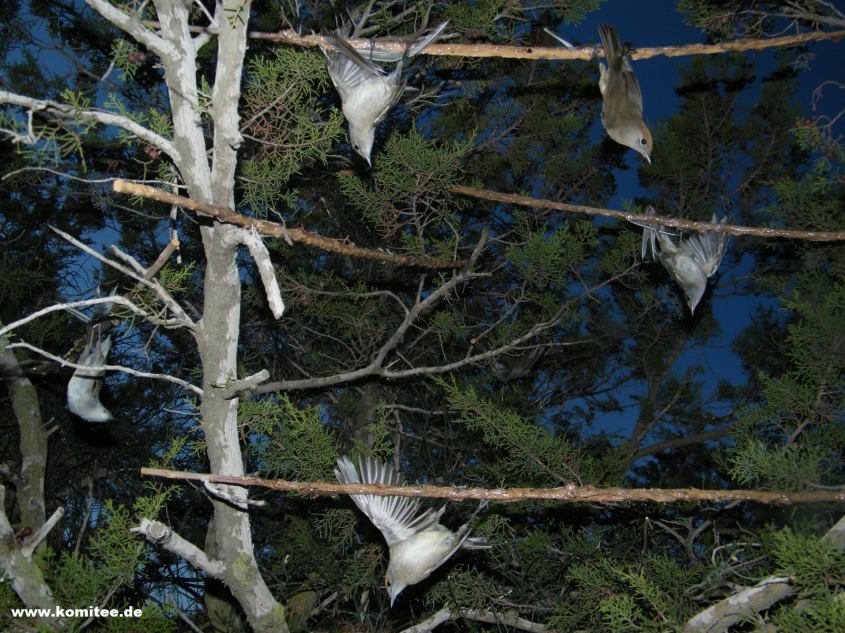 The specialty of the island:“ambelopoulia”

14 species are affected, precisely those that are popular as classic “delicacies”, such as warblers.

A penalty of this amount is little more than a “bird catching fee” and is incompatible with the regulations at the EU level. Our partner BirdLife Cyprus started a petition against this scandal today – please join us!

And I mean…Trappers place their lures at night.

Early the next morning, they return for their grisly harvest, ripping the terrified birds from the fine-mesh ‘mist’ nets or glue-covered branches, often leaving the entangled feet behind, then killing them with a cocktail stick or a penknife to the throat.

Many of the victims will be used in the perverse menü “Ambelopoulia”, in which the boiled or fried birds are eaten whole, save for the beak. 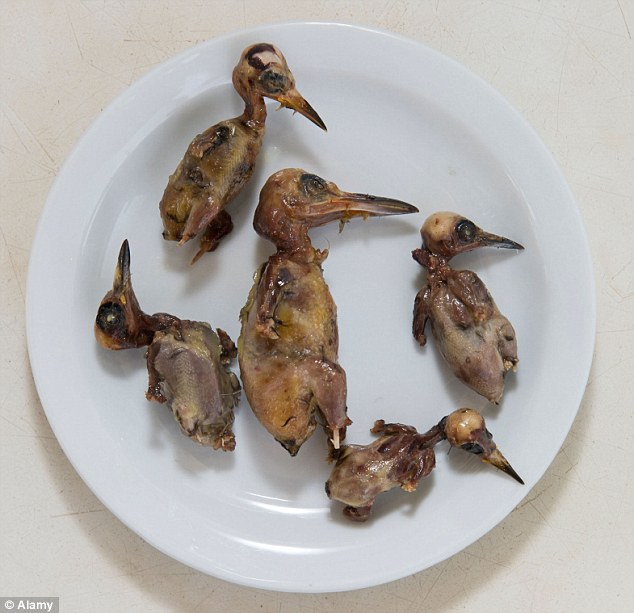 The “delicacy” is so prized and lucrative that it is suspected to be linked to organized crime, and those trying to stop it have been subject to intimidation and violence.

“We’ve had people who put bombs in the private cars of game wardens, and cases where the houses of game wardens have been burnt down,” says Panayides, an officer in the police force.

About 30 trappers are believed to dominate the trade.
Mafia figures with links to prostitution, drugs, and gambling are suspected to be among their number.

Stopping that poaching is extremely difficult. The illegal practice in some cases is overtly or very often tacitly supported by people in very high political and administrative positions.

What’re more, officers trying to tackle trapping can find themselves threatened or worse.

In December 2015, Evgenios Hamboullas, Famagusta member of parliament for the incumbent Democratic Rally party, posted a photo of himself on Facebook seated in front of a plate of songbirds with the caption: “Soon in our restaurants! Happy holidays!”

Even if trappers are caught, the mild sentences passed by the courts are not effective deterrents, says Panayides, an officer in the police force. In reality, most poachers get out with a fine of a few hundred euros.
The officer tells of a poacher, who his team has caught and prosecuted eight times in the past ten years.
“What else can we do as a department?”

We got it! The island of Aphrodite, where once even gods were guests in antiquity, is now a big poachers center, run by “serious organized criminals”.