You should love the strays from the street! … because at some point in your life you too felt like a lonely stray!
Alone on a bench, in a schoolyard, at a party when someone you loved rejected you.

When a friend just forgot about your existence, with someone who didn’t like you, in a society that didn’t notice your needs, as if you were invisible.

You should love and take care of the street strays! Maybe because you’ve literally been stranded on the street yourself, or maybe because there wasn’t a home that you would call “home”.

You should feed the strays from the street! Perhaps because you’ve been hungry yourself because your food was burnt, the supermarket was closed, or because it was hunger in your heart that was gnawing and no one was feeding.

You should look at the strays in the eyes from the street and listen carefully to what they are telling you. They all have a hidden story to tell, just like you have a secret story that you would like to tell someone else.

You should apologize to the strays from the street for us humans because we are the reason for their desperate situation and for their terrible condition. Maybe you’ve stood with your back to the wall before, waiting for an apology that never came!

You should love the strays off the street for who they really are, not just for your ego and need to be loved back. They will always love you one way or another, just for who you are … so don’t worry

Somehow we’ve all felt like strays off the street at one point in our lives … full of fear, pain, and sometimes without hope! 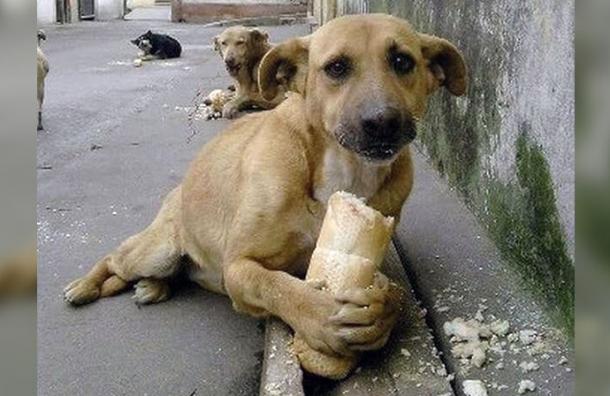 You should love the strays from the street because the love you give them heals the stray in you!

We all want someone who loves us for who we are, who gives without demanding, and who never lets us down.

Be this SOMEONE … for you and for others!

From me to this beautiful article… They are known us by the southerners.
It is all these animals that sit very discreetly next to your table and watch you eat.
With hope, they’ll get a piece of your food.

For those who do not close their hearts and eyes, for compassionate people, this look is a knife stab.

If these systems have all means at their disposal to exploit the weak parts of this planet, be it, Africa or children in the Third world countries, then no one is surprised when animals experience the most brutal exploitation of this system.
The weaker the victim, the worse the exploitation.

On the other hand, all the revolutions and movements in human history have proven that no ruling class has given up its privileges on its own.
The abolition of slavery and the exploitation of people socially and economically was the result of years of struggle.
The liberation of the animals as slaves is the continuation of this struggle.

We need education, whoever fights for animal rights has to try to change this society, which has got used to violence and brutality in a certain way and takes both for granted, especially when it comes to animals.

That’s why we will keep fighting.
Against the rationalization of a fascist ideology that wants to take the exploitation of animals for granted