Framing means that different formulations of a message – with the same content – influence the recipient’s behavior differently.
Politics has long made use of this.
Ugly messages are wrapped in friendly euphemisms: garbage dumps are turned into disposal parks, state surveillance is touted as internal security and a pause in growth sounds much more reassuring when it is referred to as a recession.

Well-sounding descriptions have also been invented for the cruelty that we do to animals every day. In this way, animal suffering is concealed, glossed over and trivialized.

“Artificial insemination” is rape using medical instruments that are forcibly inserted into the genitals of the restrained animal.

“Dressage riding” is a form of demonstration of power, as the horse is trained to be absolutely obedient. The movements are unnatural for the animals and usually also complicated. The controversial methods that are used to induce horses to “absolute obedience” leave every animal lover in disbelief about our legislation.

“Useful-animals” is a term that doesn’t really exist. If we degrade an animal to a “livestock” and thereby undermine its right to life and integrity, a pig remains a pig, a cattle remains a cattle and a chicken remains a chicken , It does not become an insensitive object through an empty phrase, even if we treat it as such.
The word “Useful”- animals only serves our conscience, so that cruelty to animals, exploitation and killing on a large scale are ethically justifiable. 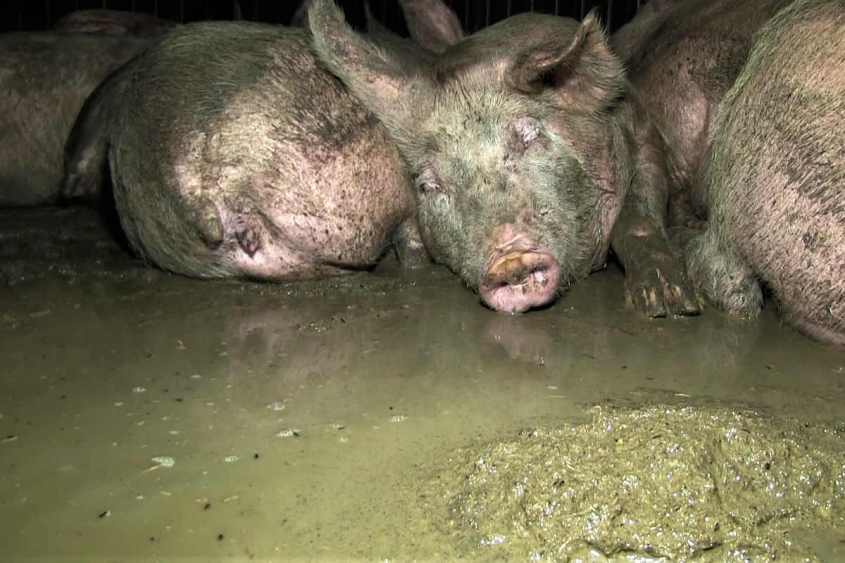 Even the harmless word “stray” for homeless stray animals contains a great misconception.
“Strays” sounds like freedom and adventure.

You don’t have to worry about strays, they have chosen their own free life …
Anyone who knows the unspeakable suffering of homeless stray animals, hunger, mistreatment, survival in the icy cold without a refuge, always in desperate search for food, marked by deprivation, parasites and diseases … will quickly change this romantic perspective.

Don’t call homeless street animals “strays” … they are the only victims of our neglect and indifference and are in many places treated like rubbish, chased away, kicked, mistreated, poisoned and killed.

The “city pigeons” are also not “free birds” that happen to live in the city, but homeless animals that rely on human beings to take care of them.
They are starving to death in front of all of us. Many of them are the victims of “pigeon racing”.

A “sport” in which the animals are forcibly separated from their partner and their nest, then abandoned and their desperate effort to find their way back quickly, only serves to amuse the pigeon athletes and their “sporting ambition”.
The pigeons who die of exhaustion, are injured or stranded in unfamiliar cities in this attempt certainly find it not very “sporty”.

There are countless numbers, but nobody thinks of them when the melodious name “carrier pigeon sport” is mentioned.

Framing is ubiquitous when it comes to trivializing or covering up animal suffering and cruelty.
Since in many places great importance is attached to correct address and terminology, I would like to see the same awareness and attention for the linguistic contact with our fellow creatures.
Here I would like it to be very special!

Call things by their name! Only then can something change, because framing kills!

And I mean…the language is instrumentalized by politicians, the media, the judiciary and, last but not least, by the church in order to ultimately retain what is already being practiced, namely the brutal exploitation of animals and their legalized enslavement.

Euphimisms are smoke candles and serve – intentionally or unintentionally – to stabilize the system because they distract from what is really important: the victims.
We must never allow our language to be taken from us by system-compliant framing, because our language is our most important weapon.
If we want to defend animals successfully, we must not give away the freedom to think, speak and act