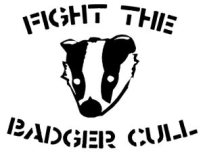 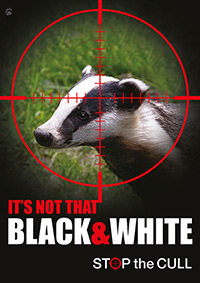 Police have warned badger cull protesters that they may use drones to try to keep order in the far south-west of England following heightened tensions between activists and officers.

In an email to protesters seen by the Guardian, a Devon and Cornwall officer said the force would consider using drones “where intelligence dictates”.

The force said it was considering drones because of a spike in crimes in some areas within cull zones but protesters insisted the move would not stop them from trying to prevent badgers being killed.

The cull in England has been hugely expanded into 10 new areas, with up to 42,000 animals now due to be shot in an attempt to curb tuberculosis in cattle, up from 32,500 last year.

The cull zones now cover vast swathes of many counties, including 68% of Devon and 54% of Cornwall.

The increase is adding to pressure on police forces in these areas. In the email to the protester, the officer wrote: “I have been asked to let you know – and that you forward as you believe necessary – that a decision has been made that where intelligence dictates police will consider the deployment of drones.”

Andrea White, a spokeswoman for Devon County Hunt Saboteurs, said: “This escalation in police activity to monitor us with drones comes as no surprise. But whatever they throw at us, we will remain in the field throughout the entire cull, doing what we have always done: saving the lives of badgers.”

Jay Tiernan, a spokesperson for the direct action group Stop the Cull, said he thought police drones could be damaged by activists – or even by farmers who may not want their actions observed.

“We suspect any police drone deployed may end up getting seriously damaged, whether that’s catapults, air rifles or shotguns,” he said.

WAV comment – one sided as usual.  They will try anything to pressurise legitimate people out trying to help animals in need.  Maybe the police need to look more closely at hunting dogs spreading Bovine TB rather than badgers.  But then when have the police ever acted against the hunt ?

There are around 800 fur farms in Poland, where more than eight million animals are imprisoned and killed. PETA has taken pictures of five of these farms, from 2016, showing shocking animal suffering. By keeping in tiny wire cages, foxes go crazy, constantly turning in circles and scratching desperately on the cage walls. The grid wires of the cage floors lead to swollen and inflamed paws in the animals. Diseases such as swollen palate obviously are not treated. Due to the systematic animal suffering, a bill has now been introduced in the Polish parliament to ban fur farms.

Poland has become the second largest fur producer in Europe in recent years, after Denmark. However, systematic research on the farms had repeatedly documented cannibalism, injuries, behavioral problems and deceased animals on farms across the country.

Bill for a fur farm ban

After the draft bill for a fur farm ban has been discussed in the Polish parliament until the end of 2017, the vote is still pending. More than 25,000 supporters together with PETA appealed to those responsible to follow the example of Bosnia and Herzegovina, Great Britain, Croatia, the Netherlands, Macedonia, Norway, Serbia, Slovenia, the Czech Republic and Austria and ban fur farms.
The majority of Poles want a fur farm ban

According to polls by the opinion research institute GfK in 2017, 67 percent of Polish citizens are already in favor of a fur farm ban.
Sign our current petition (on the link) and ask Escada to immediately ban the resale of fur!

And I say: It has always amazed me: although almost all fur farms in Germany have been closed (not by itself, but with the fight of the animal rights activists) I have always seen brainless women on the street wearing expensive fur parts.

Why that? From where? I thought.
Therefore! Now I know that! from the nice neighbor, who will soon see his Dachau being shot. Times have changed, and Poland needs to find other means to get the money.