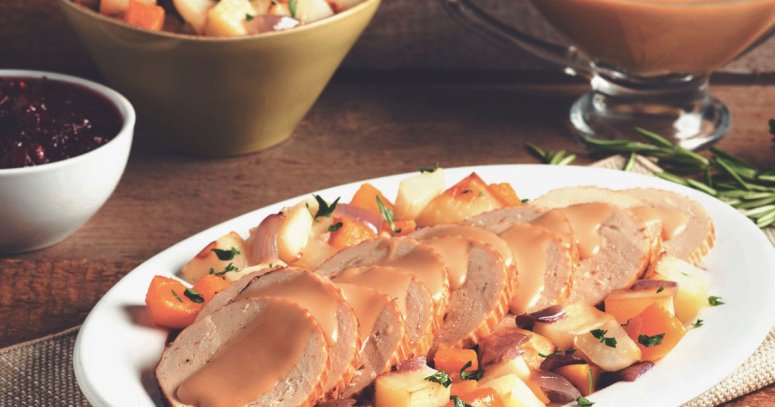 Vegetarian “meat” manufacturer Quorn opened its new mega factory in Billingham, Teesside in the UK this month, with the aim of doubling production of their core products to accommodate increasing customer demand for vegetarian and vegan meat alternatives.

The new site lays claim to being the largest meat-alternative production facility in the world and expects to deliver 1.33 million packages of Quorn every week — the equivalent of meat from 1600 cows.

The meat alternative industry is experiencing rapid growth, as consumers respond to both ethical and environmental concerns around its consumption. Quorn reports an impressive 15% in growth annually over the last few years and cite research that says the UK is the “most advanced meat-free market in the world.”

A report released earlier this year projected that market for meat substitutes will increase at the rate of 6.8% every year, and will be work 6.3 billion USD by 2023.

“Around the world we are seeing a significant increase in meat-reduction diets, including both flexitarianism and veganism,” says Quorn Foods CEO Kevin Brennan.

The company said that the new facility will enable them to further reduce carbon emissions — part of their core environmental sustainability commitment. They have already removed 297 tonnes of non-recyclable plastic from the supply chain and have pledged to use only 100% recyclable, reusable or compostable packaging by 2025.

Although the UK is an important market for Quorn products, the US  is also a key target market for the company.

Quorn products are produced from a mycoprotein derived from a kind of fungus grown by the process of fermentation. In many Quorn products, egg is a key ingredient; however, the company have introduced a vegan version and say they are committed to producing a wider range of vegan products in the future.