The meat business is booming! Pig fattening: The animals give birth to more piglets than the sows have teats. They are much bigger, wider and heavier than they were 20 years ago. So, small and weak piglets are simply beaten to death on the stable wall. In the first few days almost all piglets are cut off the ring tails and the canines are abraded. After about six weeks they come in the mast. The huge sows have to live half their lives in crowded boxes, penned behind bars, which they often gnaw. Also the cutting off of the tails is tolerated by many authorities.

On average, every European eats almost 66 kilograms of meat per year. But do we actually know exactly where our flesh comes from and what it’s all about before it lands on our plate? What possibilities have the consumers to understand what attitude an animal comes from?

END_OF_DOCUMENT_TOKEN_TO_BE_REPLACED

Brian May talks about the UK government badger cull and why it must be abandoned.

Queen guitarist, Doctor of Astrophysics, and animal rights campaigner; speaks to Oxford University over the Badger cull going on in England.

Did you know that the cruel tiger trade is happening here in Europe?

We believe this is totally unacceptable and took action to highlight this #RuthlessTrade.

We projected a massive tiger eye at some of London’s most famous and iconic landmarks, including Marble Arch and Harrods, to spread the message!

The lucrative trade in live tigers and tiger products is happening closer than you think. The relentless demand for tigers to be displayed commercially and their body parts to be used for luxury goods and traditional medicines has been met by a global commercial trade, which has also been very active in the EU.

We have revealed the truth about the tiger trade, and we want to see change!

Please take a minute to view our spectacular projections above and spread the message! 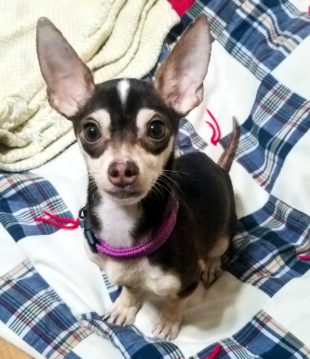 Goal: Punish the person who allegedly starved a dog and then left him in a dumpster to die.

A dog was reportedly left in a dumpster to die in a sad a case of animal cruelty. He suffered from starvation, police stated, and poor health. Demand justice for this innocent dog.

Des Moines police arrested a suspect on animal cruelty charges after he allegedly abandoned an emaciated dog in a dumpster. Oscar, a chihuahua, reportedly managed to escape from a feces-filled crate and climb to the top of the garbage pile. A passerby found him and brought him to The Animal Rescue League of Iowa. Oscar weighed only four pounds at the time of his rescue, veterinarians stated, and he had no body fat. Tests confirmed that he had intestinal parasites.

Oscar has recovered and been placed with a loving family. Derrick Dewayne Peterson was charged with animal neglect and abandonment. Sign below to demand that Peterson receive the maximum penalty possible, if convicted.

A dog nearly died after he was allegedly abandoned in a dumpster. He reportedly escaped a cage that was filled with his own feces. I demand justice for this poor pup.

Des Moines police arrested Derrick Dewayne Peterson on charges of animal neglect and abandonment after he allegedly left his emaciated chihuahua in a dumpster to die. Per police, Oscar was placed inside of the dumpster while still inside of a crate. A passerby reportedly found him after he climbed to the top of the garbage pile. He weighed only four pounds, veterinarians stated, and suffered from intestinal parasites and hair loss. Oscar recovered at The Animal Rescue League of Iowa and he has been placed in a loving home. Peterson will face his charges at a later date.

The person responsible for this dog’s suffering must be punished. I demand that you seek the maximum penalty in this case. 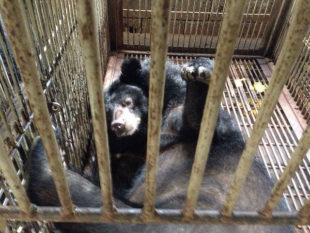 A delicacy in mainland China that sells for upwards of $200 USD per bowl requires chopping the paws off a living bear and cooking the animal alive. Bear paw soup has been a specialty dish in China since the early 600s AD. The diner allegedly imbibes the strength and virility of the bear by eating the soup. Although bear farms and bear paw soup are illegal in the country, no enforcement and the high price of the commodity keeps the horrific practice going.

Bear farms across China reportedly house 20,000 bears in captivity. These bears suffer in abysmal living conditions, caged for life in spaces too small to stand up in or turn around. Many of these bears have been illegally harvested from the wild. To offer some aspect of showmanship to the preparation of the meal, the bears are often maimed and cooked in front of the dining audience. First, the paws are chopped off. Then, the bears are allegedly beaten alive to tenderize the meat and flavor the meat with blood. After the beating, the bears are dropped into boiling water, or onto hot coals, and cooked alive.

The Convention on International Trade in Endangered Species of Wild Fauna and Flora (CITES) was adopted in the late 1970s by 179 nations, including China, to combat illegal wildlife trade through global coordination. Bears are supposed to be protected under CITES. Unfortunately, CITES is not a legal entity. Participation is voluntary and each country must adopt its own laws that fall within the framework of CITES. Encourage China to crack down and enforce its own laws against this disgusting practice. Not only is this animal torture cruel, but it also likely contributes to the extinction of Asian bear species. Sign this petition to demand China put an end to bear farms and bear paw soup.

Your country has outlawed bear farms and bear paw soup, and yet a meal that involves chopping the paws off a living bear and boiling the animal alive is still considered a delicacy. The high price tag on the meal and the lack of legal enforcement have allowed this practice to thrive. An estimated 20,000 bears are being held at bear farms, made to suffer inhumane living conditions while they await this cruel death.

This torture must stop. Not only is it barbaric and incredibly cruel, but it may also be contributing to the extinction of species like the sun bear and Asiatic black bear. Live up to your CITES agreement and do something to end the black market trade, torture. and death of bears. We, the undersigned, demand an end to bear farms and bear paw soup.

“If there are no dogs in Heaven, then when I die I want to go where they went.”