This film shows what happened to calves exported to Europe through Brightlingsea, Essex. Calves are filmed being unloaded at Nieuport, Belgium on May 10th 1995. On June 7th 1995, a different consignment of British calves were followed some 200 miles through Belgium into Holland where they were filmed being pushed into veal crates. This investigation project was undertaken by Janet Taylor from the Farm Animal Sanctuary and by Lawrie Payne and Mike Huskisson from the Animal Cruelty Investigation Group (ACIG). For more information about the ACIG please go to: http://www.acigawis.org.uk

This is why the British people hate live animal exports and ‘veal’ meat which is produced from these young calves.  They take to the streets to stop it – old footage from the Dover live exports campaigns.:

This is old footage; fortunately it does not happen this way now, or does it ??

Another victory for animals!

The Wallace Collection and Skylon restaurant at the Royal Festival Hall have become the latest London landmarks to withdraw foie gras from their menus thanks to pressure from our #FoieGrasFreeGB campaign. They join the Tate Modern who made the same compassionate choice just two weeks ago.

Our campaign continues, and we were encouraged to see that Kerry McCarthy MP and Neil Parish MP have recently proposed amendments to the government’s Agriculture Bill. These amendments would mean that animal products produced to lower standards than UK animal welfare law dictates could not be imported here, effectively banning foie gras from being sold in the UK.

We need your help to ensure this succeeds – please contact your MP and ask them to support these amendments to the Agriculture Bill. It only takes a few minutes to do this using the website www.writetothem.com and we’ve included a template message below to make things even easier for you!

I am writing to ask for your support for Amendments NC1 and NC4 to the Agriculture Bill. When the UK exits the EU, it is essential that we do not allow cruel products like foie gras or animal products that are produced using methods that would not be allowed under our animal welfare laws to be imported from other countries for sale here.

This would completely undermine the UK’s current legislation and us as a nation of animal lovers.

As my representative in Parliament I implore you to vote for NC1 and NC4 during the Report Stage of this Bill.

When I read every day in the media the dirty propaganda of the politicians who are responsible for the animals, I think of this beautiful truth that the picture conveys.

And the press brings the rain on us: the cost of a castration with anesthetic are too high, so the farmers are financially ruined

2) Everyone who films undercover torture and animal cruelty in laboratories and animal farms will be treated as criminals in the future! So say the politicians who are responsible for these grievances.

And the press brings the rain on us: No one is allowed to play the checker in the stable!

3) The animal transports remain unlimited in Europe and everywhere! So have decided the EU politicians who are responsible for the welfare of the animals.

And the press brings the rain on us: Animal transports are subject to rules and regulations that must be respected within the EU!

The list is still long and it will rain again!

Your last chance to say ‘NO’ to EU/Japan trade deal – act now!

Next Tuesday (11/12/18) , MEPs will vote on a free trade agreement with Japan. We need them to say ‘NO’ to this deal unless Japan stops killing whales.

You have one last chance to make your voice heard. Please send a message to your MEPs and ask them to vote ‘no’ to the deal on Tuesday and to raise Japan’s whaling as a serious issue in the EU Parliament debate on Monday.

This year alone, Japanese whalers killed 503 minke whales and 134 endangered sei whales. The Japanese government is trying to overturn the ban on commercial whaling and disregards any rulings by international bodies against its brutal slaughter.

The EU should not enter into a trade agreement with a country that shows such contempt for international agreements and opinion.

Your voice really does count. If enough MEPs say ‘no’, we could stop the deal. But they need to know it’s an issue you care about. Please don’t just leave this for others to do.

Ask your MEPs to raise Japan’s whale hunting as a serious concern and vote ‘NO’ to the deal next week.

Thank you. We’ll only stop this horrific and senseless slaughter by standing together.

On behalf of the whales and all at WDC,

On Tuesday 11 December, the European Parliament will vote on whether to enter a Free Trade Agreement with Japan. This is our last chance to stop it.

What can I do?

(There’s no need to tell us you have sent your original message.)

What should I say?

Ask your MEP to:

Tell your MEPs why this is important to you and why you think that the EU must use this opportunity to get tough on Japan’s continued slaughter of whales.

Even if the deal is signed, this is our chance to send a strong message to the Japanese government that we are sick of its defiance of international agreements and opinion. It also keeps the fight against whaling high on the EU agenda. Even if signed, the trade agreement can be used to pressure Japan to stop whaling.

Horn may have been hacked out whilst the poor animal was still alive.

Photo is not good but sometimes we need to show these images just to get the reality home to people a bit more.  It is the same with Elephants – taking tusk is not a clean procedure. 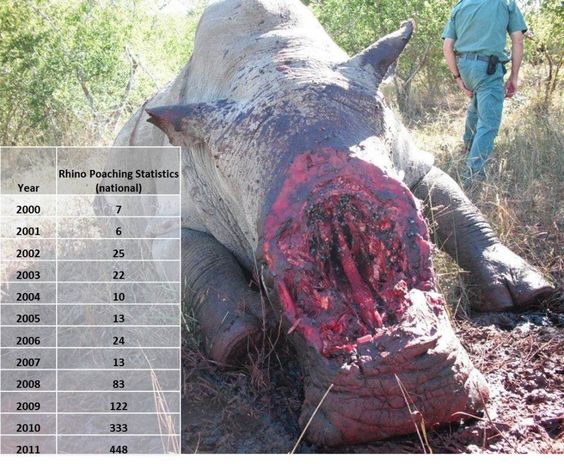