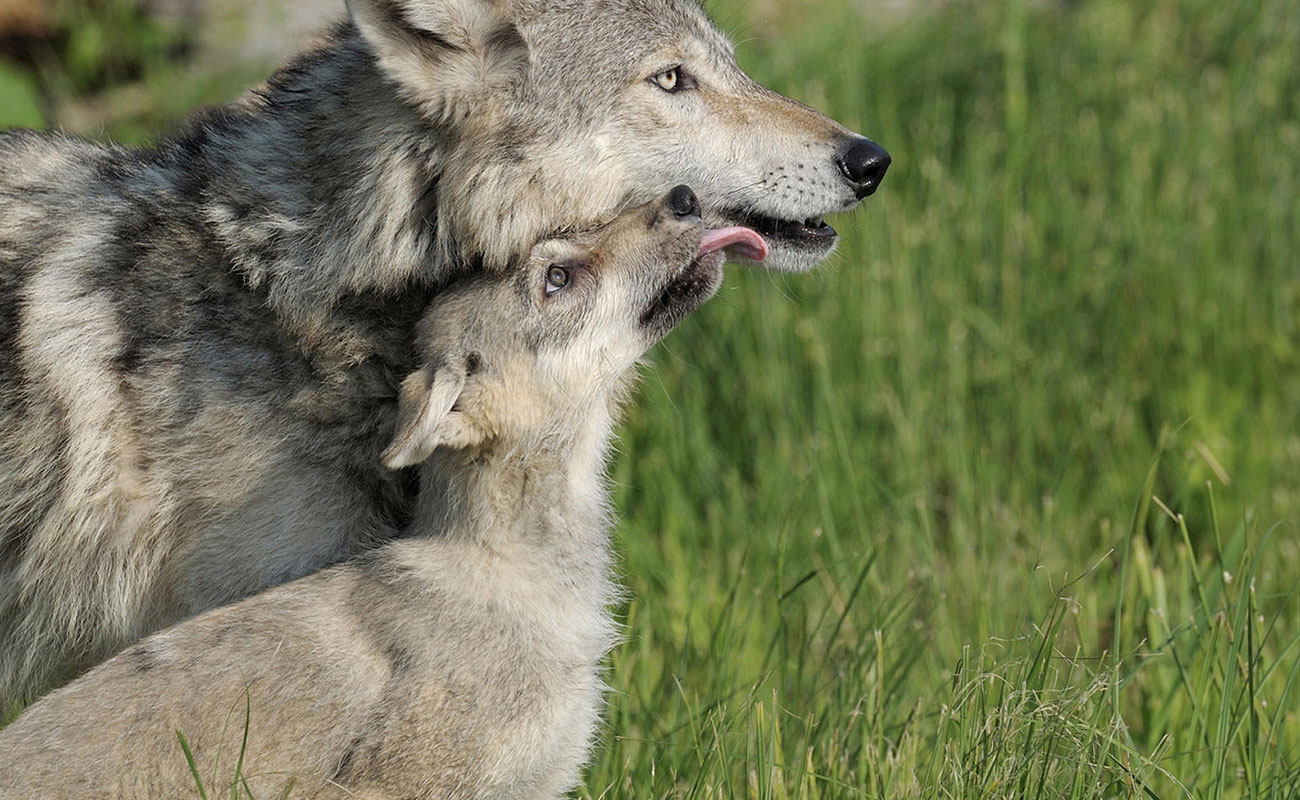 Gray wolves in the Lower 48 have faced decades of attacks, but a Trump administration plan to strip their Endangered Species Act protections might be the most serious yet. Due to a century of hunting, trapping, and habitat loss, the gray wolf had virtually vanished from all but one state when it was listed as endangered in 1974. The species has since made a remarkable recovery, but it still needs our help. Tell the U.S. Fish and Wildlife Service to drop its misguided rollback of the Endangered Species Act and to develop a national recovery plan for these iconic predators

The U.S. Fish and Wildlife Service may soon try to roll back vital Endangered Species Act (ESA) protections for gray wolves in the lower-48 states. This dangerously misguided plan would strip wolves of vital federal protections and reverse years of recovery for this iconic species.

Once nearly hunted to extinction, gray wolves are now coming back, but they’re not yet fully recovered — they need to be protected.

Call on the Service to drop its misguided rollback plan and develop a national recovery plan to help return wolves to places where they once roamed — and still could.

This video refers to what happens to the animal you leave. It does not matter where you see it; in the whole planet the same thing happens. Most of the time, that precious puppy that you give to your child, grows and ends up in the kennel being slaughtered. Is this fair?

Christmas is coming … Please, do not give animals because they are not toys.

Our past Christmas Meals campaigns have been a huge success thanks to donors like you.

Now, we’re less than 3 weeks away from Christmas Day and we’re reaching out again to see if you would be so generous to donate warm and hearty meals to homeless dogs this 25th of December.

They are still just $1 each meal.

The meals will be delivered to the stray dogs in our community on Christmas Day by ROLDA staff and volunteers. This year, we estimate the number of strays in this area to be between 18,500 to 19,000 based on the number of rescues we have made so far in 2018, which is great news considering that their population was believed to be over 20,000 just a few years back.

Lets get little Aurora out of her life long hell hole and into a new forever home at the bear sanctuary.

Sensation in the fashion industry: Chanel gets out of production with fur, crocodile leather and other exotic skins!

Chanel has made a real sensation in the fashion world: “No more Croco for Coco” was the eve of the presentation of the “Métiers d’art” collection of the fashion house in the Metropolitan Museum of Art in New York. In an interview, Chanel’s President of Fashion, Bruno Pavlovsky, announced that the company will forgo fur and exotic skins such as crocodile skin.

FOUR PAWS sees this as a milestone: “Chanel is really taking a giant step here: more and more luxury fashion houses are getting out of the fur business, and the fact that exotic skins are dispensed with, especially crocodile skin, is a reason to celebrate from an animal welfare point of view,” said Thomas Pietsch, wildlife expert at FOUR PAWS.

According to Pietsch, Pavlovsky’s statement sums up the general situation: “Pavlovsky said that it is becoming increasingly difficult to obtain skins and leather that meet Chanel’s ethical and qualitative standards, so research and development at Chanel will become more widespread Textiles and leather, which are by-products of the food industry.
This means that no animals have to be killed extra for fashion – which of course we very much welcome as an animal welfare organization. “

According to FOUR PAWS, the announcement by Chanel shows that ethical consumption and animal welfare have become enormously important for luxury labels as well. Instead of real fur or exotic skins from animal cruelty, today’s consumers also want sustainability and innovation in this area. We are confident that this pioneering decision by Chanel will find imitators in other leading high-fashion companies, “says Pietsch.

A few months ago, Gucci became part of the international Fur Free Retailer program (www.furfreeretailer.com), which has already been signed by 950 retailers worldwide, and whose partner is also FOUR PAWS. Many other leading fashion brands and retailers have joined the program, including Armani, Hugo Boss, Yoox Net-a-Porter, Stella McCartney and many more.

Every year more than 100 million animals are killed by the fur industry. (In this video from the german animal protection federation we see how a coyote falls into the trap for his coat.
He has two alternatives: either breake off his paw and flee, or … wait for the hunter who wants to bring him as a fur article in a farma. – Report from Canada, 2017).

Minks, foxes and raccoon dogs suffer on fur farms in tiny wire mesh cages; other species die by falling a cruel death. For the processing of fur into fur fashion, high levels of hazardous chemicals and high energy consumption are needed.

My comment: In Germany, the anti-fur activists have developed a smart, courageous measure. They have designed stickers that anyone can order and “decorate” fur collars. It says: