Tourists from all over the world flock to Egypt to marvel at the Great Pyramid of Giza, one of the Seven Wonders of the World, Saqqara’s ancient burial site, and Luxor’s royal tombs, but these sites have a violent side in plain view. 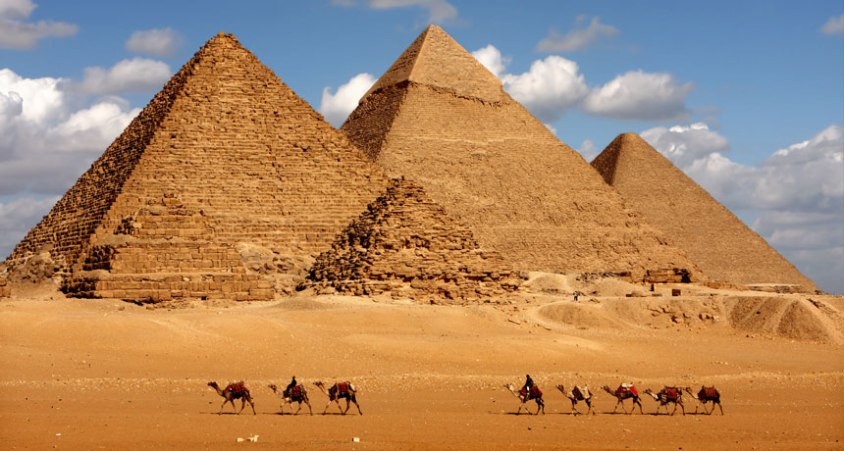 PETA Asia’s latest investigation in Egypt has revealed horrific abuse of horses and camels forced to haul visitors on their backs or in carriages at the top tourist sites in the blistering heat without access to food, water, or shade. At the notorious Birqash Camel Market, which supplies camels to some of the tourist spots, animals were severely beaten with sticks.

Animals at these sites are forced to wait for the next paying customer in the scorching sun without access to food, water, or shade. 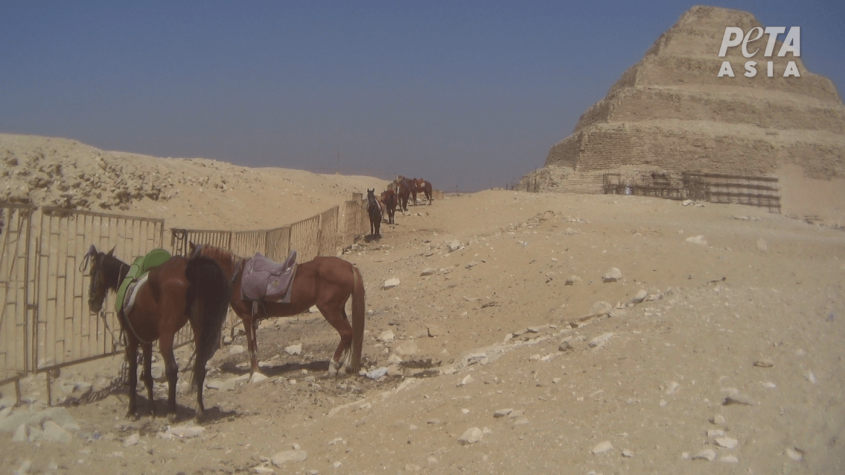 They are given no breaks and are beaten and whipped into giving endless rides in the heat, even as their knees buckle and they collapse. 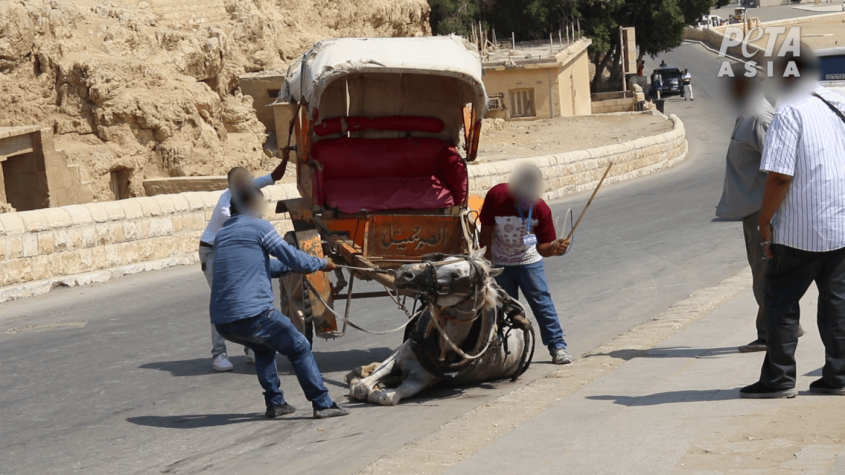 Beaten Until They Drop

Handlers viciously beat animals who are simply too exhausted to go on. Workers in Giza were seen continuously beating a horse who had collapsed while being forced to haul a tourist in a carriage. They did not stop beating her until she finally managed to get back up. Eyewitnesses report that she was quickly put back to work even though she had been severely injured by the fall. 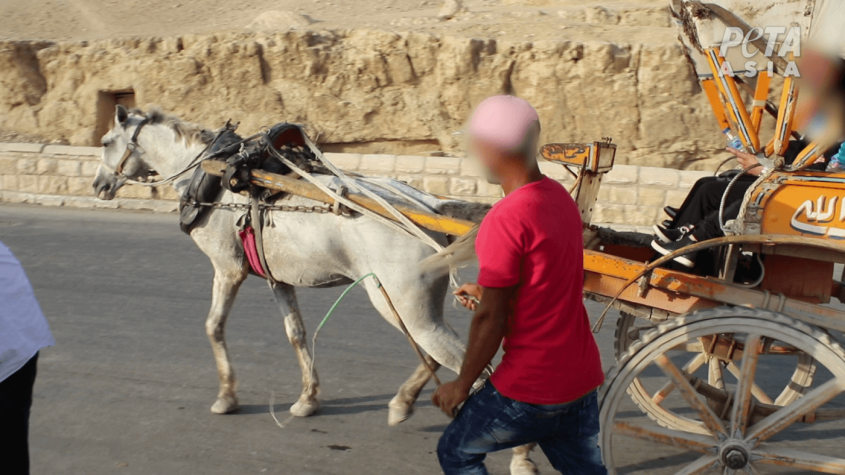 Eyewitnesses also observed screaming camels who were viciously beaten with sticks by men and children at the Birqash Camel Market before being sold to the tourism industry. Some camels are even sold to the meat industry. 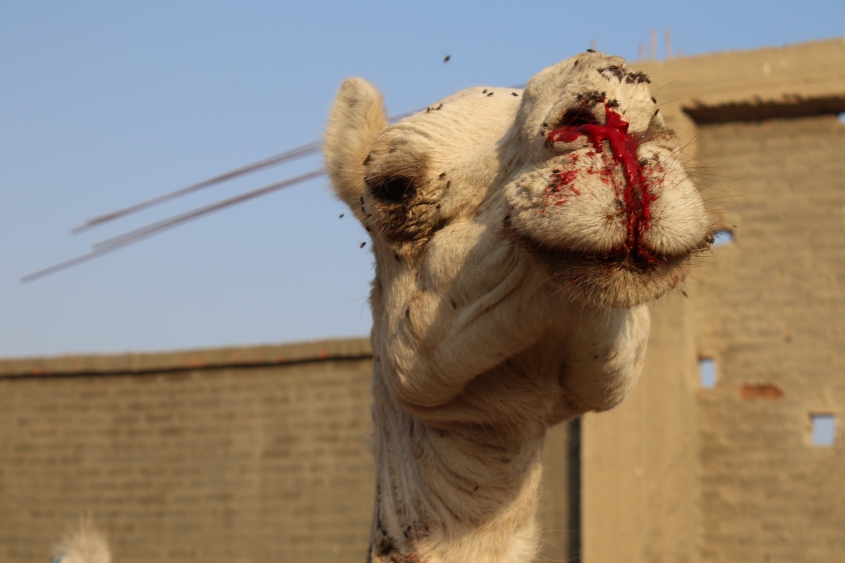 Many of the animals’ faces were bloody.

Injured, Bleeding, and in Pain

Many horses used for rides in Giza and Luxor were seen with painful, bloody wounds yet were forced to continue to cart tourists around. 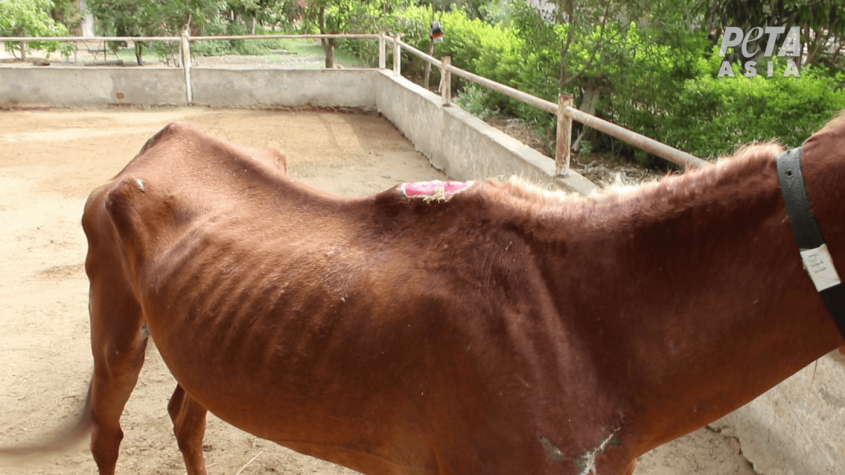 Weak Animals Are Slaughtered for Meat

Once the camels sold at the Birqash market are no longer able to give rides around the Giza and Saqqara pyramids, they’re returned to the market to be sent for slaughter.

Tourists who pay to go for a ride are keeping these operations in business. If you’re planning to visit Egypt, please never ride an animal. When you book your trip, ask your tour company and hotel if they promote these rides.  As PETA Asia’s investigative footage shows, visitors who choose to ride one of these animals are directly responsible for their pain and misery.

My comment: Not only the pyramids of Giza (still today and after 4590 Years) are a “world wonder”. A cruel “wonder” is the fact that even today animals are treated like the people who built these wonders at that time.
We are almost 2020 years after Christ and animal slavery remains a human instrument of domination.

The animal as “commodity”: a slavery that never ends. By the way, Egypt is not the only country that enslaves and exploits animals for tourism. Recently we reported from Greece and reported similar criminal practices (https://worldanimalsvoice.com/2018/09/14/greece-satisfied-tourists-tormented-animals/).
Searching the Internet for the seven “wonders” of the world, one learns that all the other six “miracles” no longer exist, they are destroyed. Only the slavery of animals, the shameful sovereignty of the human species, has survived the millennium and still exists today.