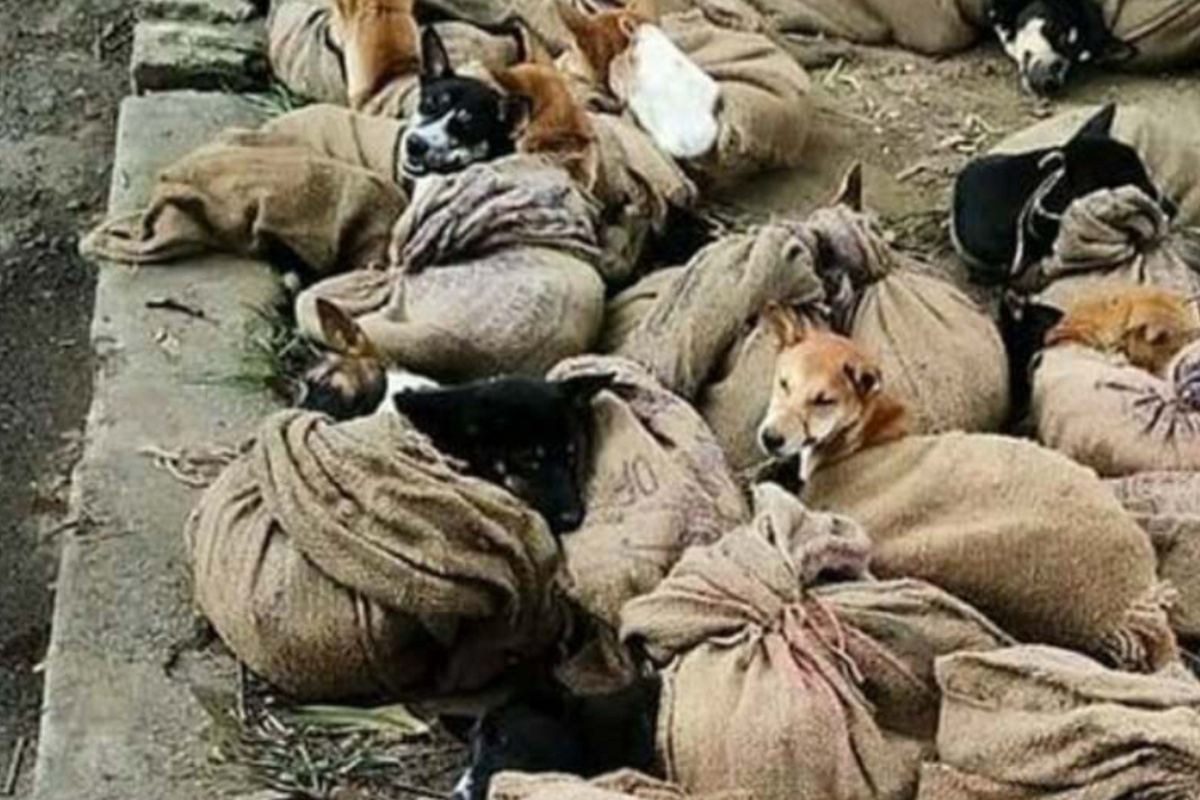 In a groundbreaking decision, the Indian government of Nagaland ended the brutal dog meat trade.

The decision announced today by the cabinet will end the import, trade, and sale of live dogs and dog meat.

Animal welfare organizations have been campaigning for years to end the Indian dog meat trade and welcome this decision as an important turning point in ending the cruelty of the Indian trade in hidden dog meat.

It is estimated that around 30,000 dogs are smuggled into Nagaland annually, where they are sold in living markets and beaten to death with wooden clubs. The animal rights activists’ campaign to end the dog meat trade started in 2016 with an investigation that revealed shocking video footage of dogmeat death pits in Nagaland.

Dogs were beaten to death in front of each other and beaten several times in protracted and painful deaths.

Alokparna Sengupta, Managing Director of Humane Society International, India, said: “The suffering of dogs in Nagaland has long cast India in a dark shadow, and this news marks an important turning point in ending the cruelty of the Indian dog meat trade.
Our own investigation in Nagaland found that terrified dogs have suffered horrific deaths in some of the worst inhumanities to animals HSI / India has ever seen. And the dogs we saved from this trade over the years had to learn to trust people again after the cruel treatment they endured. “

Dog meat is banned in India by the 2011 Food Products Standard and Additives.

However, this is insufficiently enforced, and in the states of Nagaland, Mizoram, Tripura, and Arunachal Pradesh thousands of dogs are used every year illegally captured from the street or stolen from houses and cruelly transported from neighboring states in burlap to be brutally slaughtered for consumption to be beaten to death.

Sengupta from HSI / India continued: “We thank Smt. Maneka Gandhi for her leadership and the vital impetus she has given to achieve this decision by the Nagaland government as soon as the latest evidence becomes known.
We also congratulate the government of Nagaland and offer our support so that this decision can be implemented consistently. The Nagaland government has shown great leadership, and we urge other states such as Mizoram, Tripura, and Arunachal Pradesh to also ban dog meat trading. “

HSI / India, which has rescued more than 150 dogs from the dog meat trade, will work with PFA and the state government to support adoption and implement the practical mechanisms required to enforce the new order and end the dog meat trade.

And I mean…We are very happy about the government’s decision to abolish the brutal trade in dogs.

It is a small success but a step further in the right direction. Our heartfelt thanks!

However, we must not forget that millions of “other” animals are brutally murdered every day. They’re animals too.
A pig is not bred to be grilled and a pet to painting.
We have been manipulated by the media for decades to determine what is “normal” and what is not “normal” when it comes to our food.
Every murder of animals is not normal.

If we want to do our job properly and consistently, we have to see all the victims that meat consumption demands, on an equal footing, and judge none of them as wrong and the other as the right one to eat.