With thanks to Violette for sending this info to us:

Evala is a two week festival where thousands of men gorge on dog meat for two weeks. Thousands of dogs are also slaughtered so wrestlers at the festival can rub dog fat on their body before entering the competition arena. For thousands of men eating dog meat is considered their secret weapon to gain the essential attributes of each dog they eat, such as: loyalty, courage, intelligence, endurance, cunning, faithfulness, strength, etc. It is falsely believed eating dog meat will transfer the dog’s attributes to the dog eater, giving them supernatural powers over their opponent.

Evala festival takes place each year from the last week in June to the end of the first week of July. Competing in Evala is a mandatory three year initiation ceremony to prove themselves as fully fledged members of the community. It’s  a ritual passage for men over 18 years old to pass from boyhood to manhood.

To refuse participation in initiation ceremonies means being driven out by your family, elders and the entire community at large. It is a crucial step in what forges the young man to take on adult responsibilities.

For the first week thousands of young men go into isolation to gorge on dog meat for seven days. They continue to eat dog for the second week as they compete against each other in mandatory wrestling. Just before each competitor enters the wrestling arena a dog is killed for it’s body fat to be rubbed onto the wrestler to make his body slippery, so his opponent cannot seize him.

Rabies is a serious problem across Africa and dogs at Evala are not health checked prior to slaughter or consumption. [No accurate data is available on the number of people who may have died of rabies in connection to Evala.

Tribes from hundreds of miles come to Evala to compete against each other. As more tribes take part, more dogs are brutally slaughtered for dog meat and dog fat.

Huge crowds gather around the favored wrestlers cheering them on to the tune of drums, flutes and other instruments. The show of strength is to mimic how the man would defend his community if needed. Because Evala is a sport, the loser is also on show to prove his dignity in defeat.

The ultimate winner of Evala receives the equivalent of the keys of the community – Togo style. Showered in admiration his new found privileges are vast. Evala expert Blanzoua says:

“He wins the right to consult a witch doctor about a loved ones sickness. He wins the right to take up arms to protect the community in case of attack. He is allowed to get married and raise a family. When he dies he will be buried in an adult’s tomb instead of a child’s tomb. One is not born an Evalon (the singular for Evala), one becomes it. To do so, one has to go through the initiation process.”

Evala is becoming a lucrative marketing network for businesses and tourism to make money from. It started off in nine Kabye districts quickly spread across Kozah province borders. The Yaka district in the Doufelgou province also practices it and at least 13 other districts: Lama, Pya, Tchitchao, Yad, Bohou, Kouma, Sarakawa, Landa, Djamd, Yaka, Tchar, Soumdina and Lassa.

Fight Dog Meat will keep exposing what is taking place to these animals. Collectively we all have to keep yelling to let the governments know that we KNOW what is happening! Turning away or sitting quietly does not end the trade. We’re helping local volunteers have a louder voice on a world platform. Ultimately it’s the voice of the country’s own people whom their government will eventually be forced to listen to, for positive change for animals. With your help and support Fight Dog Meat will continue to pressure governments from the sidelines. We will not be quiet and will not back down. Animal protection laws are needed!

Fight Dog Meat will continue to bring you reports from dog and cat meat countries and the wonderful work their rescuers are doing despite no animal protection laws.

Thank you for reading,

Fight Dog Meat is a Registered Charity. We work with a number of animal rescue teams in dog and cat meat countries, including Vietnam and China. Due to Covid-19 flight cancellations Fight Dog Meat has a number of rescued meat dogs in hospital and in rehabilitation in Vietnam. Until international flights start up again we’re under great financial strain to maintain our rescued animals. FDM is still accepting critically injured meat dogs; if we don’t they will die! Many of our dogs have some of the worst injuries in the meat trade. Please consider helping us during this special time.

If you would like to help the animals and rescuers we work with in dog and cat meat countries, please consider a small donation.

She saws open her victims’ skulls then injects toxins to burn brain cells, or suctions out parts of the brain. She sews them back up then places them in a small cage that probably reeks of the previous victim’s fear.

She then deliberately provokes their worst fears, just to see how they’ll react.

When she’s through with them, she kills them.

She’s Elisabeth Murray, and she calls herself a scientist.

Her victims are monkeys. She gets millions of your tax dollars to keep repeating this horror. 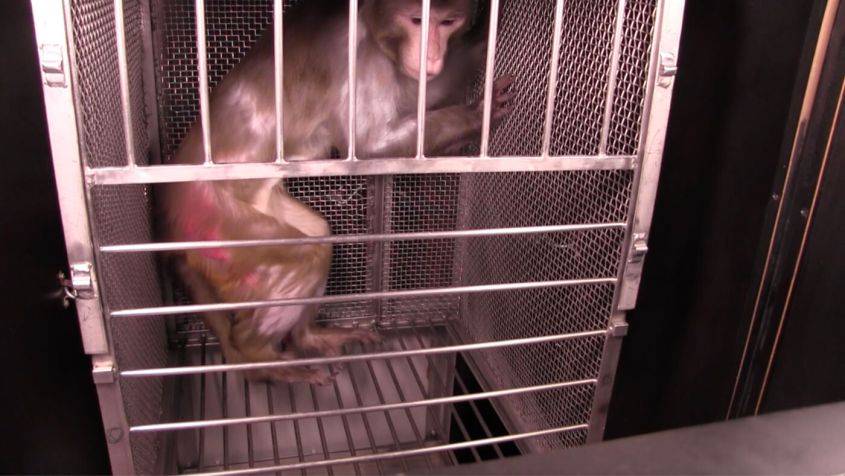 PETA has obtained 43 hours of never-before-seen video of Murray’s twisted “emotional responsiveness” tests on dozens of monkeys at a National Institutes of Health (NIH) laboratory in Bethesda, Maryland.

The videos were recorded between February 2016 and November 2017.

Blood money and lots of it, for nothing.

END_OF_DOCUMENT_TOKEN_TO_BE_REPLACED

A year later – a conclusion

A year ago, the agony of the cattle came to the public in the mega-dairy farm in the Allgäu, Germany.

(we had already reported on a similar case: https://worldanimalsvoice.com/2020/03/11/germany-investigations-are-being-expanded-against-horror-slaughterhouses/)

The operation “Allgäu” is unchanged 12 months later.
-The tons of milk a day go into cheese, drinking milk, or yogurt.
-The animals are still handed over to the same perpetrators.
-Factory farming continues successfully.
-The new state-owned Bavarian Food Safety and Veterinary Control Authority act under the guise of secrecy and there are considerable doubts about its effectiveness.
-The responsible veterinarians were able to successfully evade prosecution.

Small farms with dire conditions were partly taken over by the mega farmers after the celebrated closure and their cattle empires were growing.

The structural area-wide problems of exploitation for cow’s milk which lead to massive animal suffering have remained untouched. 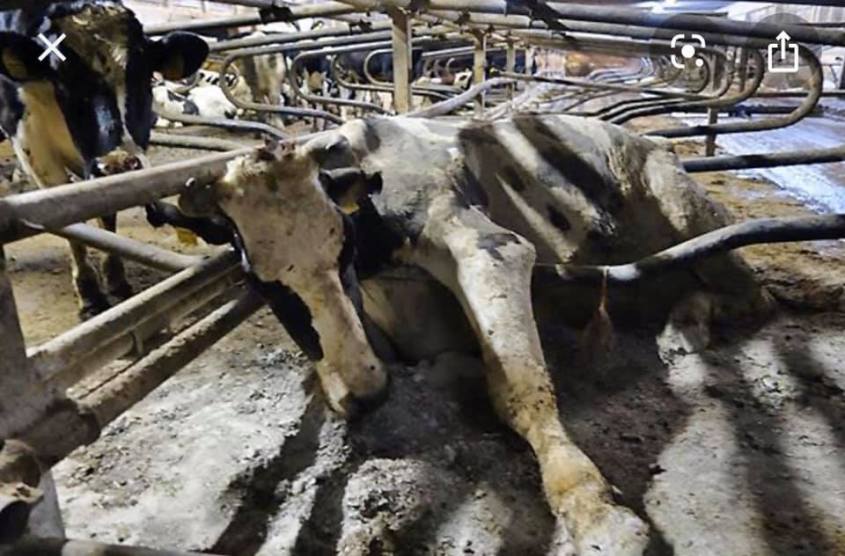 It is a good thing that the police actions have deterred and the authorities have been sensitized, and there is still hope for a public trial.
But it is also clear that our joint action will only work if the authorities are unable to master this gruesome system.

This is only possible if we finally stop consuming the milk of a different animal type as an adult, weaned people.

No public trials against the animal torturers from the meat mafia.

Termination of proceedings against officials and civil servants.