It is considered the most dangerous island in Germany: Riems has been researching animal diseases that can also threaten humans for more than 100 years. The Friedrich Loeffler Institute (FLI) high-security laboratory is located on the island, which lies in a foothill of the Baltic Sea, the Greifswalder Bodden, between Rügen and the mainland.

An employee of the Friedrich Löffler Institute checks the keeping of a calf in the research center of security level L4 on the island of Riems.

Nowhere in Europe are there similar laboratories and stables with the highest biosecurity level 4, in which large animals can be used to research pathogens that are highly dangerous for animals and humans.
The “Schweriner Volks Zeitung” (Local Newspaper) writes that comparable animal disease research facilities can only be found in Winnipeg in Canada and Geelong in Australia.

The scientists on Riems are investigating Crimean-Congo fever, Ebola, Sars, bird flu, and swine fever, for example.
“The work of the FLI focuses on the health and well-being of farm animals and the protection of humans from zoonoses. H. infections that can be transmitted between animals and humans, ” says the website of the Federal Institute.
For example, vaccines are also developed in laboratories (!!!)

In 2013, a new research complex was inaugurated on the island, which is connected to the mainland by a dam, which consists of 89 laboratories and 163 housing units.

At that time, the federal government invested around 300 million euros in the construction of the buildings.

The laboratories and research stables for cattle, pigs, or goats are equipped with self-sufficient ventilation and disposal systems. The specially trained researchers and zookeepers can only access the high-security areas with pressurized suits and locks.

The area is monitored by video

END_OF_DOCUMENT_TOKEN_TO_BE_REPLACED

Two beautiful piglets are on their way to a safe home after being rescued from a factory farm in Iowa in honor of animal rights activist Regan Russell. Russell was tragically hit and killed by a pig transport truck in June during a peaceful protest outside of a Toronto slaughterhouse.

Stirred by Russell’s death, animal rights organization PETA persuaded a farmer to compassionately release two piglets in recognition of the kind, elegant, strong, and courageous person who lost her life so needlessly.

This video shows the adorable piglets – named Regan and Russell – being transported to their new home at Arthur’s Acres Animal Sanctuary in New York.

They’re now freely running around in their spacious new home, playing with toys, and even cuddling and nuzzling their human friends.

This is a far cry from the inhumane, overcrowded and dire conditions of the factory farm they would have lived in until their brutal slaughter. It is great news that Regan and Russell have been saved, but many animals are still suffering in the cruel animal agricultural industry. You can help stop their suffering by choosing plant-based options instead of meat, eggs and dairy.

Not by us all.  A factual and very disturbing video from Lesley at ‘Eyes on Animals’ in the Netherlands.

All the evidence is there – and animals suffer as a result; see for yourselves in the video.

I gave up on the shit called ‘human beings’ years ago; and Covid ? – the human race gets everything it deserves.

Watch the video – and act !

WAV Comment:  Good to see that so many Chinese people reacted with ‘outrage and disgust’ at the actions of this idiot.  What else can you say really about this ? – he is a un educated dickhead, full stop. 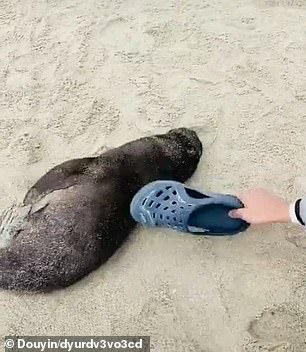 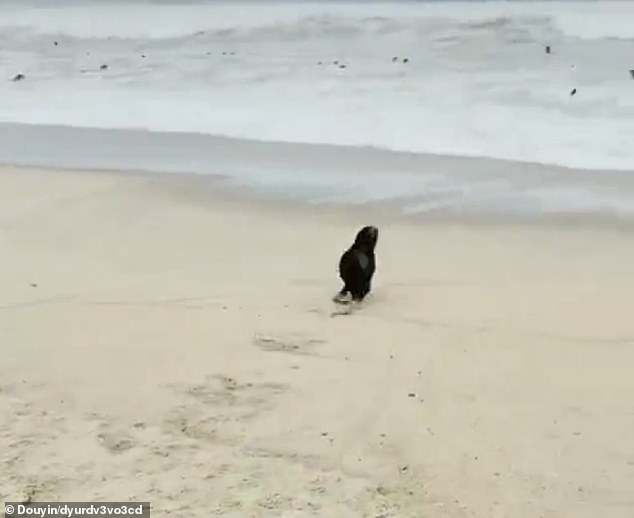 Chinese tourist beats a sleeping seal ‘to wake up the animal’

Read the story here and see the video footage: