Bologna, 21 July – Closure of the farm located in the municipality of Senigallia (AN), where in 2018 an undercover investigator from the organisation Essere Animali – hired as a worker – used a hidden camera to film the violent behaviour of staff towards pigs bred for a well-known PDO (‘premium’) circuit.

The news is also being communicated by the same group Essere Animali which, after the broadcasting of the investigation, launched a campaign to demand the farm’s closure. Although the decision to close the business was made by the farmer, for the organisation this is clearly attributable to the release of the shock footage. In fact, from the documents recently received by the Department of Prevention, Hygiene Service for Livestock Breeding and Production of the healthcare department Azienda Sanitaria Unica Regionale (ASUR) of the Marche region, it appears that the farm closed after sending to slaughter the last pigs that were already there when the investigation came to light. The farm is not currently assigned any of the business codes required to pursue the activity of breeding any species of animals regarded as livestock.

The images of the investigation achieved widespread coverage in the media and quickly went viral. In addition to the killing of the sow, who died after 30 minutes of agony following numerous hammer blows to the head, the video shows the use of the electric taser on sick pigs who were unable to move, the cruel handling of animals while they were being moved – with smaller piglets literally being thrown and adults hit on the snout with iron bars – and the presence of hundreds of bodies, left outdoors and piled together in buckets, in breach of health regulations. The hidden camera of Essere Animali’s investigator also filmed some of the workers (those who were not committing these violent acts) protesting at the treatment inflicted on the pigs.

The footage and images caused a tremendous uproar. Two parliamentary questions and one regional question followed, and the then Minister of Health Giulia Grillo also condemned the violence filmed by the investigator. In the days that followed, Essere Animali promoted a large demonstration in the square in Senigallia and launched a petition to ask the relevant institutions to immediately revoke the farm’s permits, a petition that has now been signed by over 280,000 people.

“The images filmed by our investigator revealed a reality of ongoing abuse and violence. Since the release of the investigation, our aim has always been to close the farm and today we can finally say that no more animals will be abused at this horror farm, a result that confirms the importance of our investigations which are a fundamental tool for shedding light on crimes against animals,” says Simone Montuschi, president of Essere Animali.

The closure of the farm does not affect the legal action that the organisation has taken against those responsible for the violence, reported to the Ancona Public Prosecutor’s Office for the alleged crimes of killing animals (art. 544-bis of the Italian Criminal Code) and mistreatment of animals (art. 544-ter of the Italian Criminal Code), as well as for specific violations of the regulations for the protection of pigs. Following the charges, the Carabinieri Forestali responsible for the territory carried out a blitz on the farm, seizing the sledgehammer used to kill the sow, several tasers used in breach of the current legislation, the iron pipes used to beat the animals and the instruments used for the castration of pigs, an operation that was carried out by unauthorised personnel and outside the periods allowed by law. 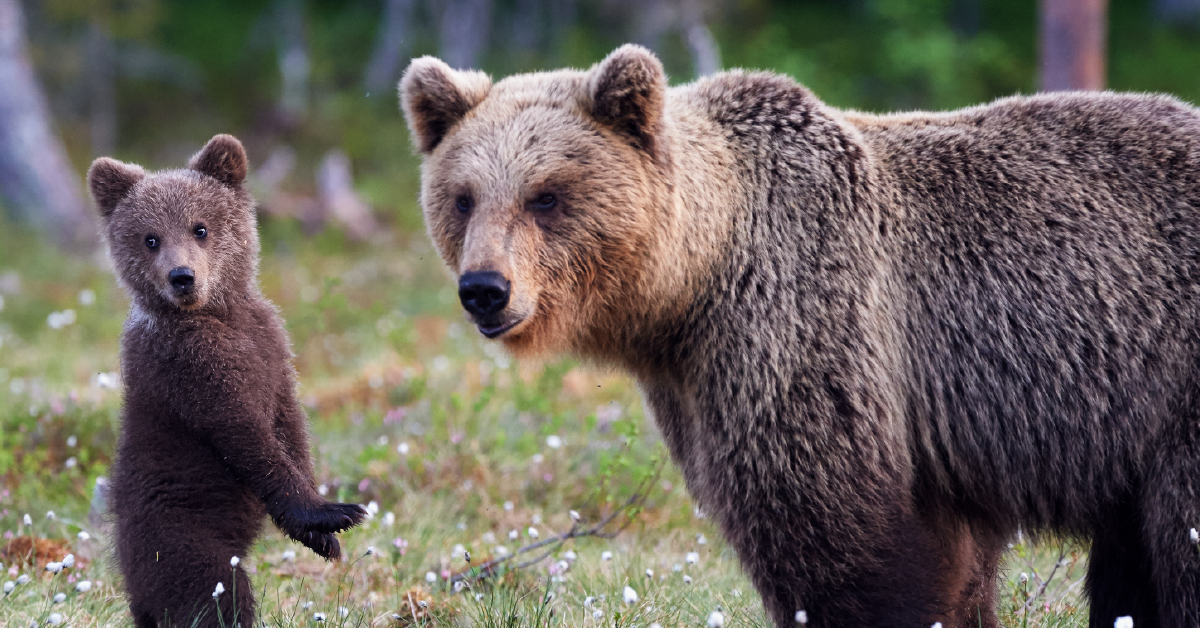 22/7/20 – From the Center for Biological Diversity

We’ll Go to Court to Save Northwest Grizzlies

After being denied its wish to make Yellowstone grizzlies the targets of trophy hunts, the administration is abandoning grizzly recovery in Washington’s North Cascades.

We can’t allow it to drop a plan to recover this iconic species, so we let the Interior Department and National Park Service know we intend to sue.

You can help our legal battle for grizzlies with a gift to the Saving Life on Earth Fund.

The North Cascades is one of the largest wild areas in the lower 48. Its mix of glaciers, mountains, forests, lakes and rivers creates one of the most biodiverse ecosystems in the country — and is excellent habitat for grizzly bears, which once thrived there.

Scientists believe the North Cascades could support 280 grizzlies. But today there may be as few as two.

For grizzlies to fully recover in the United States, there must be a robust, healthy population in the North Cascades. But the administration is throwing out a recovery plan for bears in this region. So we’re taking legal action to overturn its disastrous move.

Earlier this month we prevailed in our fight for Yellowstone grizzlies after the administration tried to strip away their Endangered Species Act protection so states could hold trophy hunts.

While Yellowstone’s bears are safe for now, the fight for grizzlies is not over.

To trash a plan to help grizzlies survive again in an ecosystem that even the U.S. Fish and Wildlife Service recognizes as a primary recovery area is a political giveaway to anti-wildlife forces. It’s also illegal.

We can’t fight the extinction crisis if keystone species like grizzly bears aren’t a part of rich, biodiverse ecosystems like the North Cascades.

We’ll see the administration in court if it doesn’t reverse its decision.

Please support our fight for grizzlies with a gift to the Saving Life on Earth Fund.

These are the results of industrial “animal production”.
Because they cannot be slaughtered due to Corona, they were cooked alive.
The ventilation in the barn was switched off, lethal steam was generated which heated the barn to 150 degrees.
We remember the Nazi era.

This is the fascist system of animal exploitation, the daily holocaust of the “other” animals.
Once this system is covered and its outrageous acts made public, it is not the criminals who are punished, but those who expose these criminals.

How it happened with the undercover investigation from a barn in Iowa, May 2020, from a DxE Investigation.

But this system, alone, is not to blame.

The meat consumers themselves know, up to a certain level of awareness, that this crime exists.
But the others do the murder, and that`s why those who give the order don’t give a shit about the suffering of the billions of non-human animals. 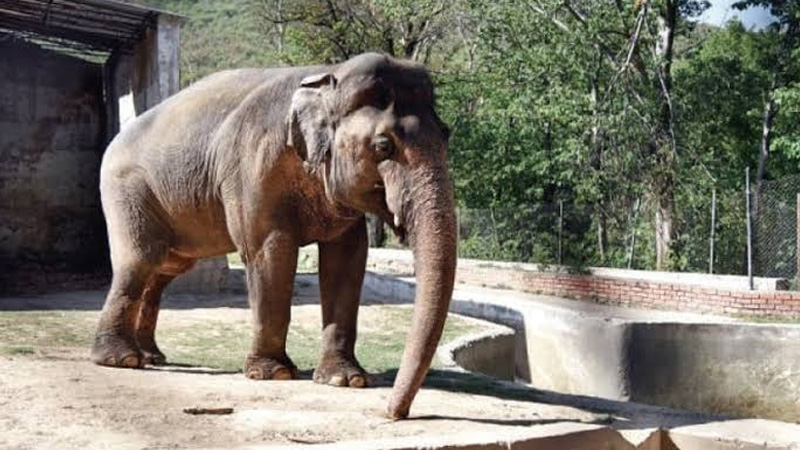 The eight-member experts’ committee has recommended that the 25,000-acre wildlife sanctuary in Cambodia could be a suitable area for relocation and retirement of elephant Kavaan of the Islamabad Marghzar Zoo after giving joy to thousands of visiting children over last several years, according to a press release issued here on Friday.

“The Committee has argued that the sanctuary already houses elephants and is equipped with experts, who have relocated and rehabilitated over 80 elephants so far, would be the best choice,” said Muhammad Saleem, deputy director and a media focal person of the Ministry of Climate Change

Islamabad Wildlife Management Board (IWMB) had constituted on June 9 an eight-member committee for relocation of the elephant Kavaan and other animals of the Marghzar Zoo to some other sanctuaries.

Complying with the direction of the Islamabad High Court, Chief Justice Athar Minallah, IWMB notified the experts’ committee, comprising its WWF-Pakistan’s senior director programme Pakistan as its chairman and biodiversity specialist Z. B. Mirza as co-chairman.

A meeting of IWMB, convened on July 13, reviewed various options for safe relocation/retirement of the elephant to comply with the Honorable Islamabad High Court’s judgment issued on May 21.

“The meeting participants were of the view that the re-location options for the elephant Kavaan must be considered after examining all parameters, such as the health of the animal, the logistics, suitability and facilities at the proposed re-location site and the agreement with the new site authorities amongst others.”

According to the statistics, 20,438 animals had to endure so much suffering that the experimenters themselves stated that; including 18 pigs for animal welfare and 171 chickens for veterinary medicine!

VGT (Association against animal factories) chairman Martin Balluch, himself a member of the Federal Committee for Animal Experiments says:

“Unfortunately, this strategy fails completely. The number of experimental animals used has been increasing steadily since 2000.
And instead of replacing animal experiments, they want to build a new animal experiment laboratory at the JKU (Johannes Kepler University) in Linz!
But not only that.

In addition, this information about the severity of the suffering is determined by the animal experimenters themselves. An objective review of this is not planned.

A representative survey published by the British market research institute ComRes on July 17, 2020, showed that almost three-quarters of EU citizens want the EU to provide a binding exit scenario from animal experiments.

A total of 66% wanted the end of all animal experiments immediately. In this spirit, the majority of the Federal Council in Austria recently decided that research on animal testing should be promoted to the same extent as that with animal testing.
The Federal Government has not complied with this at all.