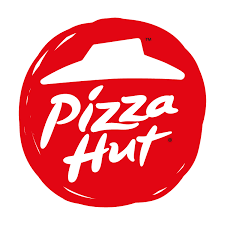 Magnificent rainforests in Asia and South America are being slashed and set ablaze to produce palm oil, soy, beef and paper — driving out the precious orangutans, pygmy elephants, and other endangered animals who call those trees home.

But fast food giants Pizza Hut, KFC, and Taco Bell have failed to take meaningful action against this environmental catastrophe.

Sign the petition to tell Pizza Hut and KFC to stop deforestation in their supply chains!

The restaurants are all owned by megacorporation Yum! Brands — and with zero transparency and limited accountability, there’s no way of knowing how many forests were destroyed to make your Pizza Hut meal.

We’re crashing Yum! Brands’ Annual General Meeting of shareholders with a resolution to get the fast food giant to be more transparent on the deforestation it might be causing. By signing this petition, you’ll help pile even more pressure on the corporation — and prove that this is an issue that the public and their customers across the world feel strongly about.

Your signature on a huge SumOfUs petition could tip the balance, and encourage enough shareholders to vote for our proposal, and change Yum’s behaviour for good!

You and I could force the industry laggards to get with the times, so Pizza Hut and KFC can’t keep looking the other way as forests are destroyed for cheap palm oil and soy.

Tell Pizza Hut, KFC and Taco Bell to step up their anti-deforestation game.

In its official sustainability policy, Yum! Brands bragged that by 2017, 100 percent of its palm oil would be sustainably sourced. Did that happen? Nope. Has it happened by now? Nobody knows.

Unlike most other leading brands, Pizza Hut and KFC’s mother company hasn’t made the names of its palm oil suppliers available to the public. The same goes for the timber used in its paper packaging, which Yum! claims will be sustainably sourced by 2020. And what about beef and soybeans, two other huge sources of deforestation and contributors to climate change? The fast food giant isn’t even bothering to set goals for those right now.

We need to push the corporations to do better, before it’s too late for the rainforests and everyone who depends on them.

Tell Pizza Hut, KFC and Taco Bell to get deforestation out of their restaurants!

SumOfUs members like you have already helped save countless hectares of rainforests from destruction in the past year. Thousands of you pushed chocolate maker Lindt to catch up to the rest of the industry and publish an anti-deforestation action plan for its cocoa. And you got the RSPO, the world’s largest palm oil sustainability authority, to sanction palm oil villain Indofood over its multiple environmental and labour abuses.

Together, we can show Pizza Hut, KFC, and Taco Bell that deforestation is just as bad for business as it is for endangered species, local communities, and the climate. But we’re going to have to make a lot of noise for the multi-billion-dollar corporation to start listening seriously.

If thousands of you show Yum! Brands you’re paying attention now, next month’s shareholder proposal will have a massive impact.

Thanks for all that you do,
Rebecca, Fatah and the team at SumOfUs

What’s driving deforestation?, Union of Concerned Scientists
How does fast food impact the environment?, Environmental Technology, 7 February 2019
How the world got hooked on palm oil, The Guardian, 19 February 2019 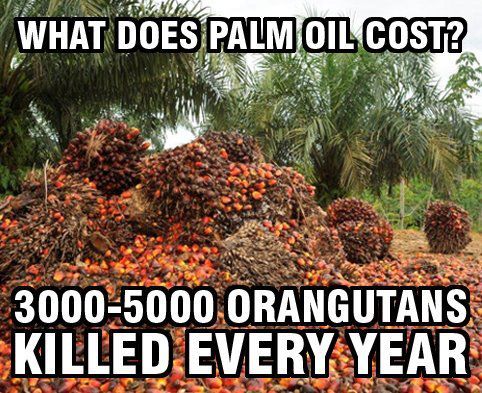 Poachers in Kenya Will Now Face the Death Penalty

Kenya continues to progress towards a death penalty for poachers, with recent reports stating officials have confirmed a law change is on the table.

Najib Balala, a cabinet secretary in the Ministry of Tourism and Wildlife, first announced the plan in May 2018. Balala stated the current penalties are not strong enough to deter poachers.

Under the Wildlife Conservation Act enacted in 2013, wildlife poachers face a life sentence or a fine of up to $200,000.

However, the number of animals killed by poachers in the nation has been decreasing in the past few years.

“Kenya lost nine rhinos and 60 elephants to poachers in 2017, compared to 14 rhinos and 96 elephants lost in the previous year,” said Balala.

This decrease is attributed to increased commitment and security from those protecting the national parks, as well as harsher sentencing for those found guilty of wildlife crime.

Although many are praising these extreme methods, some disagree. They argue poachers are the “small fish” in the world of international animal trafficking and the focus should be on those at the top of the chain.

Others are concerned that killing the hunters — who are often from the local area — will only amplify the violence and fraught relationships between those protecting the animals and the surrounding communities. They suggest more should be done to deal with the socio-economic struggles that push people to seek money as poachers.

Although numbers are dropping, the death of even a single rhino or elephant is tragic. Animal populations still have a long way to go to fully recover from rampant poaching over the last few decades.

The slaughter of these precious animals for their horns and tusks must stop before they disappear from our planet forever.

In this emotional compilation, children desperately try to stop adults from slaughtering animals they love.

Some of the tearful kids shield or embrace the animals to protect them. One child scoops up a bird in his arms and walks away. A few brave children even take slaughtering knives away from adults about to kill a furry or feathered friend.

Some of the adults decide not to slaughter the animals, thanks to the brave children who spoke up against the cruel acts that were about to be committed. One adult asserts, “Kids are innocent and have intelligent minds. We actually shouldn’t kill [the animal].”

These intuitive children simply knew it’s wrong to kill innocent animals. Their compassion proves that sometimes, our youngest generation can be our most powerful voice.

WAV Comment:  Elephants are herd animals.  There have been many campaigns in the past to get Flavia sent o another location where she would mix with her type.  As always, the zoo claims to know best – sounds like a cruel shit facility to us !

SIGN: Justice for ‘Saddest Elephant in the World,’ Who Died in Solitary Confinement (43 Years Alone).

An elephant who spent 43 years in solitary confinement has passed away at the Cordoba Zoo in Spain. Flavia was taken from her herd at just three years old and forced to endure torturous isolation for the remainder of her life.

Being alone took a devastating toll on Flavia’s health. She became known as the “saddest elephant in the world.” She was plagued by depression in the years and months leading up to her death and her physical condition deteriorated.

During her final days, Flavia collapsed inside her enclosure and was unable to get up. After decades of suffering, she was put down.

Elephants are highly intelligent and social animals who live in family units in the wild. They do not belong in captivity and deserve to live — and die — in their natural environment, surrounded by other elephants.

Say NO to puppy mills in China.

We are all fully aware of how China regards its animals.

As if puppy mills are not bad enough; imagine what a Chinese puppy mill is like !

Please support this petition calling for a ban on puppy mills in China. 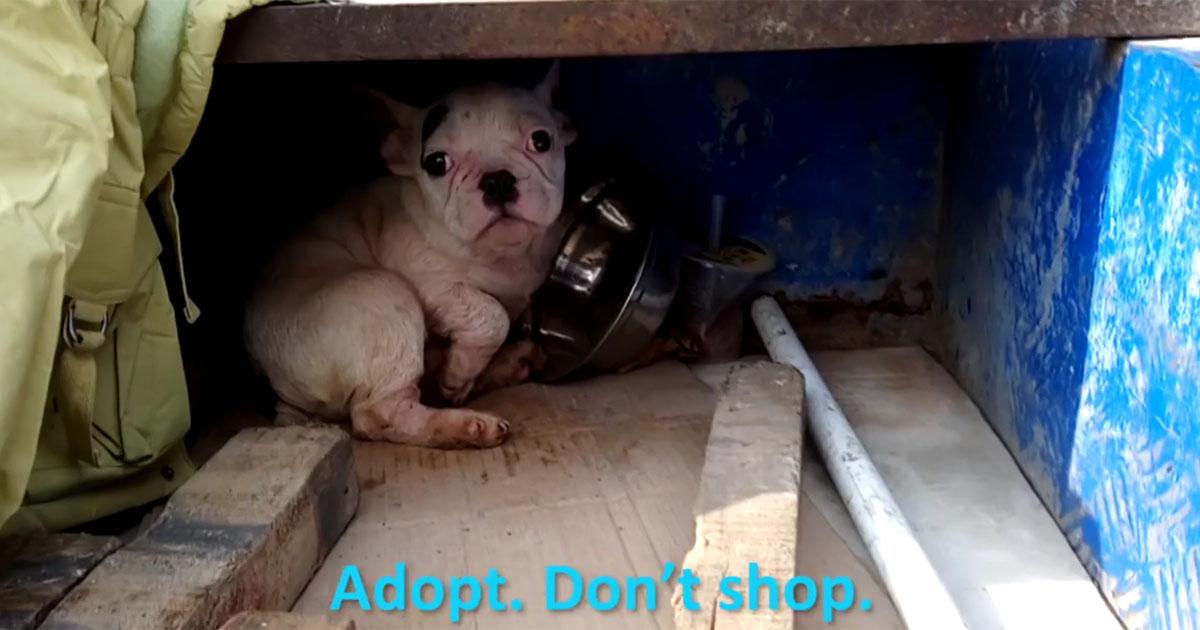 The animals live confined in small cages, surrounded by their own faeces and urine. These places are true dog factories where they give birth until they die, while living a horrible life. The animals suffer a horrible life and end up with mental illnesses that cause them to be constantly turning in their small cages, hitting each other.

Dogs are poorly fed, almost never leave their cages and when they do it is only to be used to impregnate or leave pregnant females, and when they do not serve them anymore, they are killed or abandoned because they are no longer profitable.

Do not condemn dogs to a life of agony, suffering and pain. It is our duty to do something to be respected and their lives saved.

And remember that these places exist because there are people who buy pets, so ADOPT, DON’T SHOP!

… we have to be courageous and active!

Five minutes were enough to save a life.
Everyone has five minutes,
but not everyone sees it as a moral duty to rescue animals in distress..

Once again, I remember the well-known saying of ALF … “saving an animal does not change the whole world, but for this animal the whole world changes”!

Respect and thanks to the lifesavers!

WAV Comment  – watched the CEO of Greggs on the tv this morning; and he said that from their experience, people were moving away from meat towards plant based foods.  This is reflected in their massive profits – the largest ever; partly thanks to the Vegan sausage roll.  Brits hate intensive animal cruelty, and are now doing something about it by throwing out meat and changing to plant based.

Greggs has credited the fanfare around the launch of its vegan sausage roll for driving a sharp rise in sales.

The bakery chain said the publicity the snack gained helped sales surge 9.6% in the seven weeks to 16 February.

The snack, made from meat substitute quorn, launched at the start of the year, coinciding with Veganuary when many people go vegan for a month.

The update on current trading came as the firm said annual sales had broken through £1bn for the first time.

“We want people to reappraise us and understand we’ve moved on from being a pure bakery business to offering people food on the go,” he told the BBC’s Today programme.

People wanting “healthier food options” could now find them at the chain, he said.

Mr Whiteside said the chain, which has already held one-off evening openings for events such as Valentine’s Day, was also “looking to move into the evening food market”.

Greggs now has 1,953 stores across the UK, and Mr Whiteside said it planned to get to 2,000 stores by the end of the year.

Pre-tax profit last year rose 15% to £82.6m, marking the fifth year in a row that profits have increased.

The firms’s shares have almost doubled in value since July last year.

“There’s a lot to like about Greggs – it’s a publicity machine, recession-proof, and has a knack for adapting to consumer habits,” said Arlene Ewing, Investment Manager at Brewin Dolphin.

Much of the chain’s success has been driven by savvy marketing.

The ad campaign for its vegan sausage roll has been called “a master class in public relations” by the industry magazine PR Week.

“Oh hello Piers, we’ve been expecting you,” was the immediate tweet, a James Bond-inspired, gently droll putdown that was the perfect riposte.

Greggs marketing and social media may be quirky and fun, but there is a deadly serious intent behind it – to push customers into what the company calls a “reappraisal” – a realisation that Greggs is no longer just a bakery chain, but a fast-food and even dining proposition that competes with everyone from McDonald’s to Patisserie Valerie.

Come to try the vegan sausage roll, and come back when you realise the coffee is cheap and (hopefully) not disgusting.

This hard work is evident in the results – a decent increase in pre-tax profits, and, best of all for investors, the prospect of a special extra dividend later in the year.