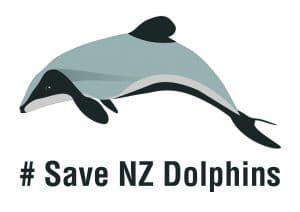 The smallest dolphins in the world are in big trouble – they need your help. We can save them if the New Zealand government bans certain fishing nets from the areas where the dolphins live. Our petition will close soon so please sign and share it if you haven’t already

When you go to our petition, you may notice something’s different – I’m very pleased *drum roll* to let you know that we have launched a new website. We hope we have made it much easier to find everything you ever wanted to know about whales, dolphins and porpoises and how your support is helping us keep them safe and free.

We’d love to know what you think of the new site. All comments – positive, negative or anywhere in-between – will be very gratefully received and will help us make your website the best experience that we can for you.

Go in and have a look around and then tell us what you think.

As always, thank you for being with us – without our supporters, we wouldn’t be here to fight for the whales and dolphins we all love.

In Malta the bird catching is a popular sport.  Unlike in most other fishing areas in the Mediterranean, however, the captured songbirds do not end up in the pan, but end up as pets in the living rooms of supposed “bird lovers”.
In Malta’s capital, Valletta, a large bird market takes place every Sunday, which is even mentioned in the guidebooks as a tourist attraction.

Bird trapping was permitted until Malta’s accession to the EU in 2004.

With Malta’s accession to the European Union in 2004, the end of legal songbird catching should be heralded. The accession treaty stipulated that first of all the annual fishing time would be shortened, and on 31.12.2008 bird catching was finally banned.
In fact, the bird catchers had to shut down their nets for a few years, until the fall of 2014.

Prime Minister Joseph Muscat decided to allow bird trapping between mid-October and the end of December. The Social Democrat, who came to power in 2013, had promised support to the hunting lobby during the election campaign.

In addition, the government gave in to the massive pressure of the birdcatcher lobby and again allowed the bird catch against EU law.

It is to be feared that far more animals will be caught and illegally sold on the black market.

But that’s not enough for the Maltese bird catchers. Many have gone underground and have specialized in new prey: that is mainly waders.

Catch net from the air

With gigantic catches of more than 5,000 square feet and electronic decoys, woodcocks, sandpipers, alpine, dwarf and Temminck sandpipers are now being caught in dozens of places on the island. Many animals end up as “living collectibles” in aviaries, others in the pan.

The Committee Against Bird Slaughter uses specialized teams against this new form of environmental crime to find traps and collect evidence for the police. Every year we are attacked by more than a dozen poachers.

Maltese birdcatchers involved: In a special operation this week, three committee teams have observed 9 active traps with huge nets from different observation points off the coast west of Mtahleb. The birdcatchers had equipped the illegal facilities with live decoys and electronic baits to catch protected liners.

The police contacted by us appeared with two patrols, which unfortunately had a hard time on the ground to convict the poachers. At the end of a police operation lasting several hours, the officers had arrested only three poachers, not all nets and decoys could be secured, several bird trappers escaped.

The committee against the bird murder published today a press release to the disappointing yield and a video (see above).

My comment: Malta is the last EU Member State to allow bird hunting in the spring. The European Court of Justice had condemned the country in 2009 for hunting prohibited under EU law. However, every year Malta receives an exemption allowing the shooting of 11,000 lovebirds and 5,000 quails within a two-week period.

Again and again, however, the permissible quotas of a maximum of four animals per hunter are exceeded and also protected bird species such as storks or sailor birds are killed.

Of course everything is caught and shot there, not just what the odds give.
Malta is the most hunted region in the world. There are about 10,000 hunters and 6,000 trappers. Almost every adult man is a “hunter” licensed to kill birds. Many also keep hunting dogs. These are, when they are older and no longer agile enough, simply “disposed of”! Anyone wandering the island in the fall meets men with shouldered rifles at every turn or hears shots from close range.

Apparently, apart from the tourist season, the hunters have no other useful occupation than shooting birds like amok runners.

Why should the hunters of Malta be an exception and not behave like professional killers or psychopaths?

WAV Comment – Not perfect; but a start which can be worked on. 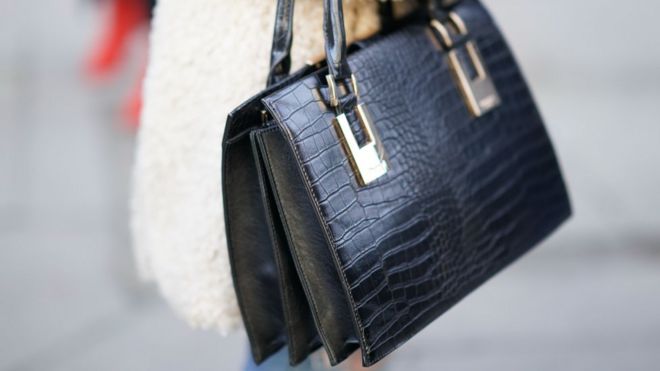 Selfridges has said it will ban the sale of exotic animal skins such as alligator, crocodile and python.

From February 2020, the luxury London department store will only sell leather from agricultural livestock.

The Humane Society International said the move was the “natural next step for a responsible retailer” and would save “countless” crocodiles and snakes.

People for the Ethical Treatment of Animals (Peta) has urged rival stores, such as Harvey Nichols, to follow suit.

Yvonne Taylor, director of corporate projects at Peta, told BBC News: “Hats off to Selfridges – which had already banned fur, angora, and foie gras after persuasive talks with Peta – for now ending the sale of wild animals’ ‘exotic’ skins.”

The industry is not only “heartless”, but “extremely wasteful”, Peta claims, saying it can take the skins of four crocodiles to make a single bag.

The BBC understands that the ban will mainly affect sales of very high end, expensive accessories, particularly shoes and handbags.

The move follows an announcement from designer Victoria Beckham that she would stop using exotic skins in her designs from her autumn/winter 2019 collection onwards.

Beckham joins Vivienne Westwood, Diane von Furstenberg and Chanel in the ban – alongside high street brands such as Topshop, H&M and Adidas.

The company’s head of fashion, Bruno Pavlovksy, said it had become harder to source such skins ethically.

The brand uses leather alternatives such as recycled polyester instead of Brazilian calf leather – which it claims has a high environmental impact.

Selfridges, which banned the sale of fur in 2005, said banning exotic skins was part of a “long-standing commitment to place ethics and sustainability at the heart of commercial decisions”.

Selfridges’ buying director Sebastian Manes said the brand was fixed on being at “the very forefront of future thinking retail”.

He added: “For us, that’s a future where luxury is defined by craftsmanship and material innovation.”

In 2015, the store removed single-use plastic water bottles from sale and made its signature yellow paper bags from recycled coffee cups.

Since the beginning of this year, all clothes bags have been made with used plastic bottles.

In the charity sector, the British Heart Foundation will not accept real fur or fur-trimmed items, or anything made from ivory.

Oxfam told the BBC it does not sell products made from crocodile or alligator skin, angora wool or fur.

It also checks legal regulations for items made of snakeskin, tortoiseshell and coral, and will only sell ivory if it can be proven that the product was made before 1947.

She added: “Peta urges other department stores, like Harvey Nichols, and brands such as Louis Vuitton to follow Selfridges’ business-savvy example.”

A spokesperson for Harvey Nichols told the BBC: “Harvey Nichols requires any brand that uses fur or exotic skins to adhere to the Animal Sourcing Principles as set out by the Responsible Luxury Initiative (ReLi)”.

The ReLi claims to have set “high level principles” for the sourcing of leather, fur and exotic skins, but Peta maintains that there are “few laws” to protect reptiles from abuse.

According to Peta the illegal trade in exotic skins is “rampant” – with an estimated US $1bn worth of python skins imported into Europe illegally each year.

The group also claims that many of the millions of reptiles whose skins are exported from Southeast Asia each year belong to endangered species, whose numbers in the wild are “drastically dwindling”.

Department store John Lewis told the BBC that it does not sell any products with exotic animal skins.

Imagine the deafening sound of dozens of 90,000-pound “thumper” trucks shooting violent tremors through the ground.

Now, imagine them barreling over the dens of mother polar bears and straight through the birthing grounds of wild Porcupine caribou.

This will be the terrible fate of Alaska’s serene Arctic National Wildlife Refuge, one of the very last unspoiled wild places left on our planet, if we allow President Trump and Acting Interior Secretary David Bernhardt to throw open this sanctuary to oil and gas drilling.

NRDC is mounting a powerful counteroffensive using all of the tools at our disposal — and step one is raising a public outcry so loud that we can’t be ignored.

Add your voice now: Tell President Trump and Acting Interior Secretary David Bernhardt that the Arctic Refuge is NOT for sale.

The Arctic National Wildlife Refuge is home to polar bears, caribou, wolves, and migratory birds from all 50 states, and vital to the culture and survival of the native Gwich’in people, who have depended on this land for thousands of years.

And with temperatures in the Arctic rising at twice the rate of the rest of the planet, the Refuge’s fragile habitat is ground zero for global warming.

But even with so much at stake, industry allies in Congress voted for the first time ever to open up the Arctic Refuge for oil and gas drilling — and the Trump administration is now fast-tracking plans to auction off the land to the highest bidder.

The Interior Department could slow or reconsider these plans, but Acting Administrator David Bernhardt — a former oil lobbyist — has made his priorities clear: Drive up profits for his fossil fuel allies, even if it means destroying the Arctic Refuge forever.

The Senate will soon vote on Bernhardt’s nomination to become the official Interior Secretary. And if confirmed — which is likely — his and President Trump’s attacks on wild places like the Arctic Refuge will continue unabated.

And if the Trump administration isn’t stopped, lease sales for drilling in the Refuge’s pristine coastal plain could begin this year, resulting in an industrial wasteland of rigs, roads, pipelines, and toxic waste pits.

We must make our voices heard. Demand that President Trump and Acting Interior Secretary David Bernhardt stop their destructive plans to sell off the Arctic Refuge.

Mark, this is the fight of our lifetimes — once the Arctic Refuge is handed over to Big Oil, there’s no turning back. With your support, we’re fighting on multiple fronts: Mobilizing massive public opposition, arming the national media with the facts, battling in Washington, and getting ready for court.

This land cannot defend itself. Mark, the reason the Arctic Refuge still exists as a protected wildlife sanctuary is because NRDC, our allies, and supporters like you have raised our voices together and fought for decades to keep it that way.

This is the closest Big Oil has ever gotten to invading the Arctic Refuge — and we need as many people as possible to stand strong and speak out in its defense.

We need you standing with us.