With a so-called “animal welfare reference center”, the standards for the attitude of mink, raccoon dog, fox, etc. should be laid down. Therefore FOUR PAWS, together with the umbrella organization of European animal welfare organizations Eurogroup for Animals, is launching a petition to prevent this plan.

According to the Commissioner, an animal welfare reference center should officially provide technical assistance to EU countries in their animal welfare inspections (!!).
The EU’s intention is also to establish standards and good practice examples in animal welfare. However, this would mean the same regulation of keeping conditions in wildlife as in other species – an absolute no-go for animal rights activists.
“Wildlife is, as the name implies, nature and never captive,” says Heli Dungler, founder and president of FOUR PAWS. “In addition, animal welfare and fur farming are mutually exclusive.

“There is no ethically or animal friendly produced fur. “ 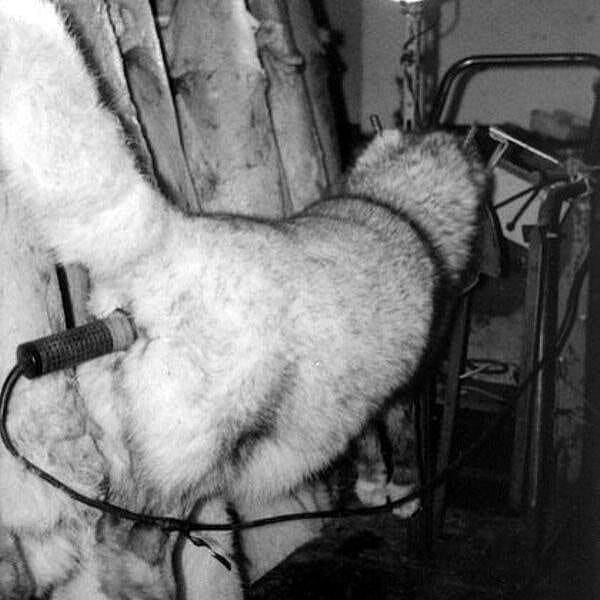 The life of fur animals is hellish, but the European Commission wants its second EU Reference Centre for Animal Welfare, which covers poultry and rabbits, to also focus on fur animals – an absurdity!! No amount of welfare can improve the lives of wild animals forced into conditions that are the antithesis of their natural needs and environment, and 8 out of 28 Member States have already gone fur free.

The irony: Almost a year ago, EU Commissioner Andriukaitis was guest and speaker at the 1st International Animal Welfare Summit organized by FOUR PAWS in Vienna. At that time he said verbatim:

“Animal welfare is a very important part of my responsibility and indeed one of my personal priorities as Commissioner for Health and Food Safety. We should not take our foot off the pedal, not slow down our animal welfare activities. There are still many issues that need to be resolved and we need to continue to proactively make EU animal welfare policies a reality. “

A number of Member States, such as Austria, Belgium, the Netherlands, Luxembourg, Slovenia, the Czech Republic, Croatia and the United Kingdom have banned the keeping of fur animals by law.
There are no longer any fur farms there, or this practice will expire after a transitional period.
Similar arrangements have been announced for Poland, Ireland, Lithuania and Estonia, or are under consideration.
In Denmark the keeping of foxes on fur farms is prohibited. In Austria, the last fur farm closed its doors in 1998.

Other EU Member States, notably Germany, Italy and Sweden, have adopted stricter animal husbandry requirements which are likely to lead to a short-term outbreak of this practice. A closure of the last German mink farm is expected by mid-2022 at the latest.

My comment: The Dachau’s fur farms in all countries are worse than anyone can imagine from the outside. 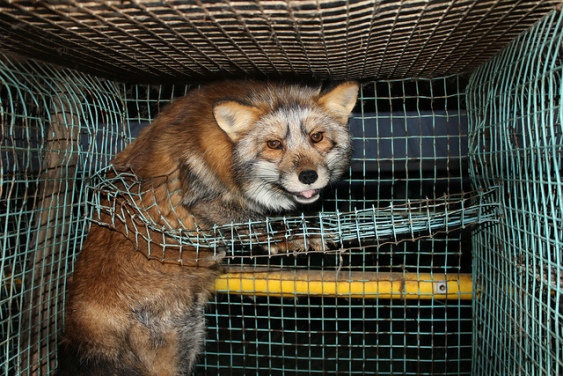 Buyers have to see what happens in fur farms. If we are honest, without consumers there are no such crematoriums anymore.

Consumers, however, are kept away from the shocking reality of fur farms by the media and advertising, so that their buying decisions are not compromised.

On the other hand, on such corrupt politicians, says Andriukaitis, the fur mafia sets now new hope that the bloody business will be resumed. And this new form of fur farming restoration is called in the “Moral vocabulary” of Andriukaitis with the code name “Reference Center for Animal Welfare”!

“Moral” they do not know … the MEP`s… “Empathy” is missing by them completely … Corruption is the norm in circles of the EU!

Animal Equality has launched Jalisco Without Cruelty, a new campaign to change animal protection laws in Jalisco, Mexico, and asks lawmakers to pass legislation that would make cruelty against farmed animals in the state a crime.

THE DETAILS: In February of 2019, an initiative was proposed to the Jalisco congress on behalf of Animal Equality by Deputy Salvador Caro Cabrera that would protect more than 200 million farmed animals each year. Deputy Caro also presented a video showing cruelty on farms in Jalisco and asked the legislative body to approve the initiative.

HOW WE GOT HERE: From 2016 to 2017, Animal Equality entered 31 slaughterhouses in 7 states of Mexico, including the state of Jalisco, where most animals are raised and killed for food in the country. Our investigators found that animals are killed while they are still conscious and die in agony, and discovered that there is no way to prosecute those who acted against the regulations that prohibit it.

WHAT WE’RE SAYING: “More than 200 million animals would be protected by this proposed law,” explained Animal Equality’s Executive Director of Mexico, Dulce Ramírez. “I am urging lawmakers to vote Yes for Jalisco Without Cruelty and make this initiative a reality.”

WHAT COMES NEXT: We want to make sure that the mistreatment of farmed animals is exposed and that for the first time in Mexico, cruelty against farmed animals would be considered a crime. We are urging Jalisco’s congressmen to vote “yes” to Jalisco Without Cruelty and are actively lobbying those in government to make this a reality.

We need your help as well – please share this campaign with your friends and family in Mexico and urge them to contact their congressmen.

Note: the petition is in Spanish, because it is addressed to the Congress of Jalisco. By the video, it’s clear what it’s about, so I did not translate.

My comment: Taking into account that in Mexico (almost) only meat is eaten, this initiative is all the more courageous and commendable and we absolutely must support it.
One thing only amazes me: that this petition has been launched for three weeks, and not even has 10,000 signatures.
We must finally understand that without solidarity and agreement, our fight for the rights of animals will become ever weaker, and those that cause or support suffering and misery in the farms will become ever stronger.

Active and in solidarity with the animals, that must be our leitmotif!