Not only in Europe, more than 53 million wild birds are legally shot down by hunters each year, but also in other countries.

Several countries on the Mediterranean are famous for mass killing of migratory as resident birds. Lebanon is no exception and perhaps one of the worst culpits.

The estimated number of illegally killed birds in Lebanon is more than 2,600,000 annually.
Several storks on their way to Europe took a route between residential areas due to an unusual wind.
The hunters of Beirut shot them from the streets, the balconies and the roofs of the houses! A terrible slaughter took place!

We have received terrible pictures.

The images provided were taken in spring 2017 are from “Association for Bird Conservation in Lebanon” and give a glimpse of the situation. 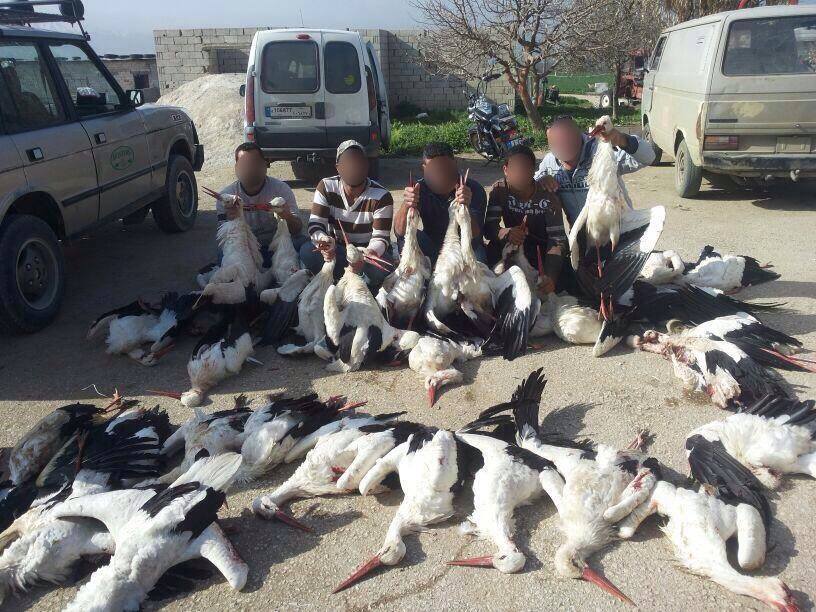 Some Lebanese hunters and a terrible loss of wildlife

Every spring hundreds of thousands of white storks and other birds migrate north to where they breed. About 530,000 white storks use the eastern flight route, a shortcut across the Mediterranean, according to a message from Stop Hunting Lebanon from 04 March 2019.

The slaughter was so terrible that the Ambassador of an Eastern European country sent a complaint to the Lebanese President about the killing of this beloved breeding bird.

Everything that moves will be shot, including these two pelicans

Normalised in society, illegal shooting and trapping has become an extremely popular pastime in Lebanon.

Along the east-west roads, every twenty meter stands a hunter, who fires on every bird silhouette that flies over him. This sport is practiced by everyone, from rich to poor. Still mainly by the Christian Lebanese.

In Lebanon, these migrations of birds have sustained the growth of a widespread hunting industry that has remained largely unregulated for decades.

Excessive and unlawful hunting practices make the country one of the most dangerous areas for traveling birds that often journey thousands of miles to roost and mate.

These include endangered species, which are among the estimated 2.6 million birds that are shot or illegally trapped in Lebanon on a yearly basis.

By 1933 Lebanon was under French mandate and French influence. Hooves we have more to say? Traditionally fond of rifles, the Lebanese plunged themselves to full surrender to the hunt.

A Lebanese hunter with a boat full of dead flamingo’s

During the time that the birds migrate, cars full of hunters drive along the mountain roads or are lined up. Ready to shoot all what moves within their distance.

My comment: Numerous dangers make life difficult for the white stork: not only habitat loss and many toxic chemicals, but also hunting.  Criminal and unlawful hunting practices make these country one of the most dangerous areas for traveling birds, often traveling thousands of miles to mate.

Hunters, poachers, bird catchers and pet traders, all these insane killers are threatening our migratory birds everywhere along their migration routes. Whether in Italy, France and Spain, in Malta and Cyprus, in the Balkans, Greece and Egypt and probably other countries as well, no matter how big or small, our birds are caught, tortured, shot down.

Theoretically, bird hunting is banned in the EU, but it will still be preserved “as a tradition” and in France they even want to increase the “catch quota”!

Once again, we witness the coalition between gangsters and governments.

On March 5, the 44-year-old rhinoceros Tsavo died in Circus “Krone” in Munich, Germany. He suffered from digestive problems for a long time and had lost 300 kilos in two months. The white rhino was the last of its kind to be displayed in a German travel circus. For the past forty years it has been kept under miserable conditions for entertainment.

Tsavo was condemned to a life of loneliness for economic reasons. As so often in the circus industry, he had to entertain the audience almost to the last breath in the ring.

Tsavo – Stations of a passion

Tsavo was probably born in the late 1970s in a South African national park in freedom, before he came in 1978 as a tomboy to Germany.
Since 2008, the rhinoceros bull was at Circus Krone, Germany, previously he was put on show for decades in the Circus “Barum”, also Germany.
Although rhinos are loners in nature, they also have contact with conspecifics, at least during the mating season. However, for decades Tsavo was kept in complete isolation and deprived of all social contacts – he died lonely. 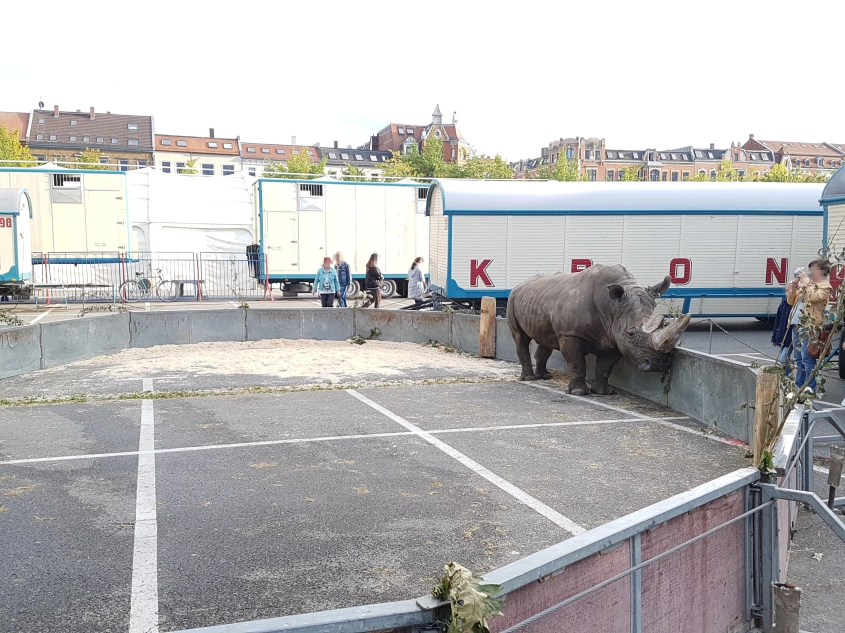 The animal welfare organization “Four Paws” has no words of comfort for the Circus “Krone” left after the death of the rhinoceros bull Tsavo, on the contrary!

Despite the massive weight loss, the rhino has been on tour with the Circus until recently, according to a statement. 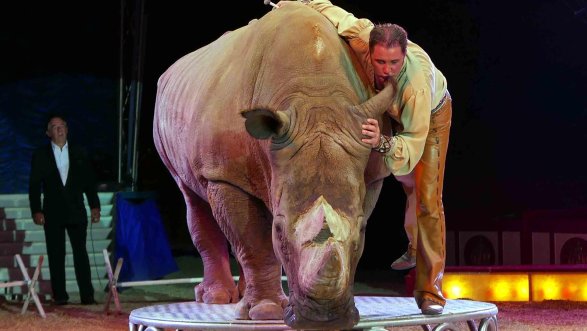 “Tsavo was gawped and applauded, standing on bare concrete for days, carting from town to town in a small wagon, even though he was always surrounded by humans, he died alone, because he did not know any fellows,” says Thomas Pietsch of “four paws”Organisation.

The association renews in the statement the demand to the Federal Government after a keeping-ban of wild animals: Proper attitude is not possible in a driving enterprise. A modern and contemporary circus must be able to do without animals.

The veterinary specialist for zoo and wildlife, Lendl, is nevertheless convinced: “There was certainly some disease under it that we could not find.” She suspects a “mechanical obstacle” such as a tumor or intestinal entanglement. To find the exact cause of death, the carcass is now being autopsied in animal pathology – which may take weeks due to size.

For those affected by Circus “Krone”, Tsavo’s death is like that of a family member (!!!), Lendl said. It may be a comfort to them that Tsavo has been stable and painless in the past few days!!!

In its already third Resolution, the Federal Council called for a ban on circus wildlife, which the Federal Government has not yet met. In 27 European countries, including for example Belgium, Austria, the Netherlands and Greece, certain or all species are no longer allowed in the circus, while in Germany species such as giraffes, primates and even hippos in circus operations are subjected to constant stress on trucks. According to a representative forsa survey conducted in May 2014, 82 percent of Germans believe that wildlife can not be kept in a species-appropriate manner in the circus. The Federal Chamber of Veterinary Medicine is also in favor of a ban.

Because circus companies repeatedly violate the Animal Welfare Act, many cities and towns are trying to limit the performance of circuses in their catchment area.
Although the Federal Council already voted in favor of a wildlife ban in 2003 and 2011, the Federal Government has failed to introduce such a ban for years.

The incompetent politicians simply let the circus animals down.

And until the German politicians stop protect the tormentors businessmen of the circus,  the elephant will  be tortured to make his ridiculous headstand, the bear will further roll out of fear of the whip on the ball, and the lion will jump through the burning tires, under the threat of the electric shock.
And so they are transported from one place to another until they are dead.

Inside sources have told that the EU is planning to re-approve the toxic pesticide thiacloprid under pressure from its maker, Bayer-Monsanto. 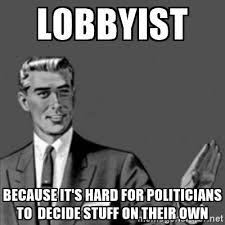 Thiacloprid is a neonicotinoid pesticide — just like the ones that the EU banned from outdoor use last year, after hundreds of thousands of people in the EU voiced their concern over the dangers those chemicals pose to bees.

Thiacloprid’s current licence expires at the end of April, and the EU still hasn’t announced its re-approval to the public.

We will produce more news on this as we get correct info. 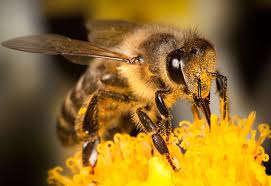 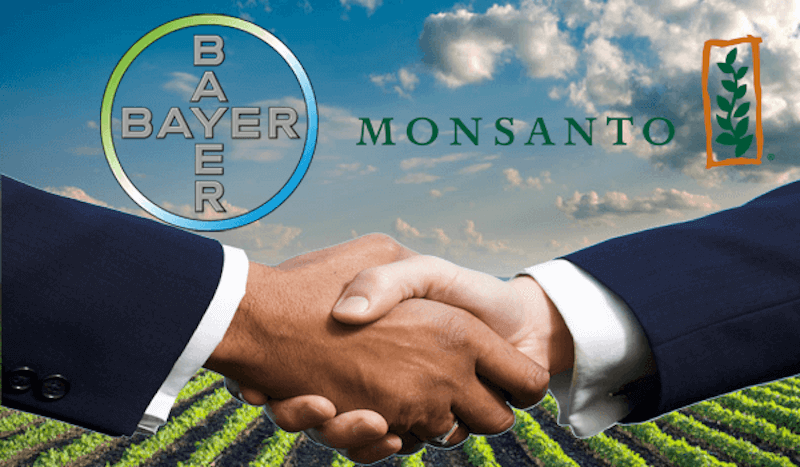 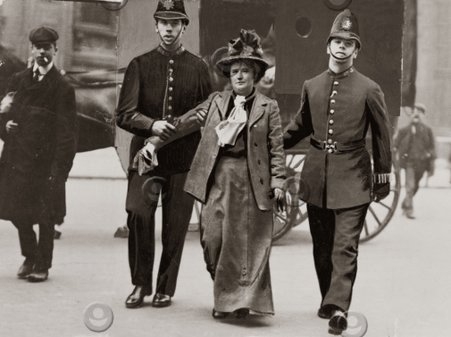 International Women’s Day (IWD) is celebrated on March 8 every year. It is a focal point in the movement for women’s rights.

After the Socialist Party of America organized a Women’s Day on February 28, 1909, in New York, the 1910 International Socialist Woman’s Conference suggested a Women’s Day be held annually. After women gained suffrage in Soviet Russia in 1917, March 8 became a national holiday there. The day was then predominantly celebrated by the socialist movement and communist countries until it was adopted in 1975 by the United Nations.

Today, International Women’s Day is a public holiday in some countries and largely ignored elsewhere.  In some places, it is a day of protest; in others, it is a day that celebrates womanhood. 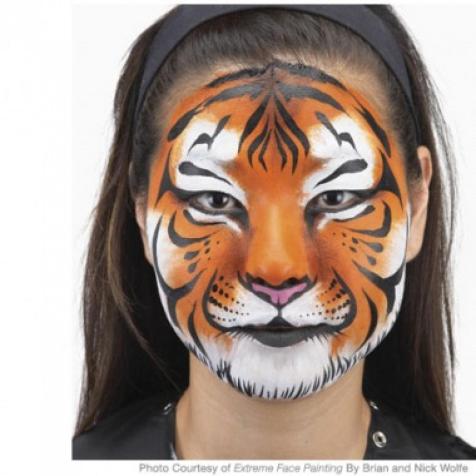 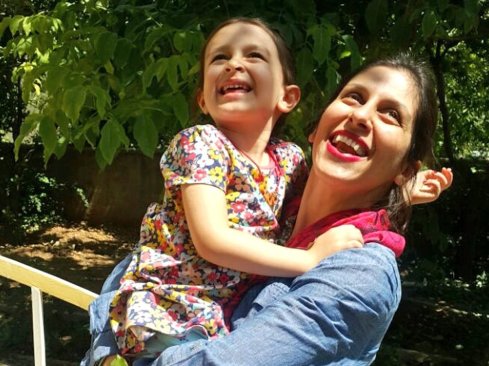