An article by Paul Watson of Sea Shepherd

Three days ago, Regan Russell (65) was murdered by a cold-blooded monster devoid of empathy and compassion.

She was deliberately run down by a truck driver. His cargo was pigs stuffed into the truck in over-heated conditions and extremely stressed from thirst.

For a few moments, a compassionate woman named Regan Russell attempted to alleviate both thirst and stress by bringing water to the captives through the narrow slits in the side of the truck.
Her kindness was rewarded with a death sentence callously delivered by the driver of the truck.
Some people have said that the driver was just doing his job.

The fact is that a woman is dead and he killed her and he should be charged with vehicular homicide.

Every year over a million pigs die during transport and every year some 121 million pigs are transported to slaughter.
Over the last few days, I have seen some very insensitive comments about Regan Russell which is not surprising considering the lack of empathy by so many people for the treatment of pigs and other captive-bred animals.

When people are in denial or worse when they actually embrace the horror of pig farming and transport, it is to be expected that such people will lack compassion for other humans, especially for humans who challenge the sadistic carnage of the human species.

One comment said that it was stupid to risk human life to defend pigs. Yet these same people think nothing of supporting the loss of human lives in defense of real estate, oil wells, flags, and religion.
Regan Russell was a woman who lived her life in the spirit of St. Francis of Assisi.

Yes, she died exercising compassion for captive pigs but she also died for the collective sins of humanity, for our support of cruelty, misery, and death. 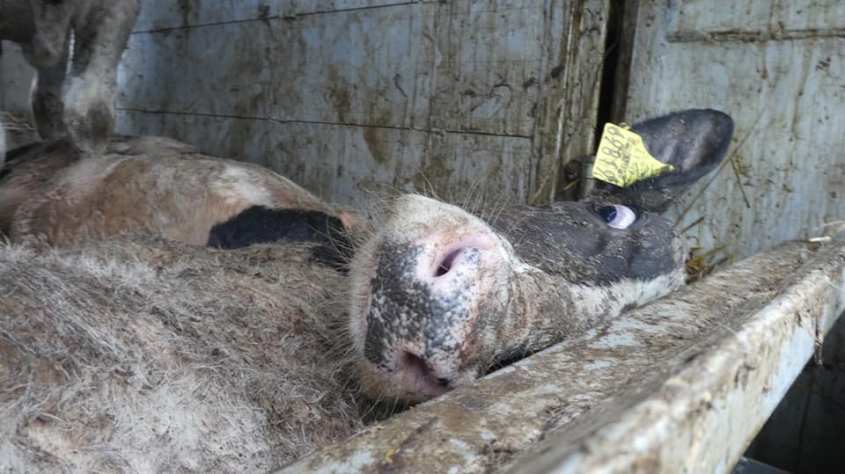 Regan Russell died because one of the servants of global slaughter decided that her life, like the lives of the prisoners he was transporting, was insignificant and expendable. She died on the last day of legal protests. An agricultural gag law (bill 156) is now in effect making it a crime to give water to thirsty pigs being transported.

The monsters that drive the truck are just as culpable as the monster who slit the throats. Three million pigs are slaughtered each and every day.

Fearman’s Pork in Burlington, Ontario kill’s some 10,000 pigs each day. The trucks arrive continuously. In 30+Centigrade weather, the pigs are screaming in desperation from thirst, over-heating, stress, and exhaustion.

If these were dogs or cats, the public would be furious at such horrific abuse.

These facilities are an abomination of which every person who eats bacon is complicit. Think about what goes on in just this one evil place. 10,000 pigs each and every day, their throats slit, after enduring torturous transportation. Raised in concentrated populations on concrete floors and abused daily from birth until death.

These murder facilities spill tons of blood each day, out of sight and out of mind except for a small handful of compassionate people risking their lives and freedom to expose the atrocities. And now their compassion is being criminalized.

To make providing water to a thirsty sentient being a crime is a total perversion of the laws of society and civilization.

Like Jill Phipps who died in 1995 by being struck by a truck carrying live veal calves in Britain, Regan Russell is the second person murdered by this ruthless industry. 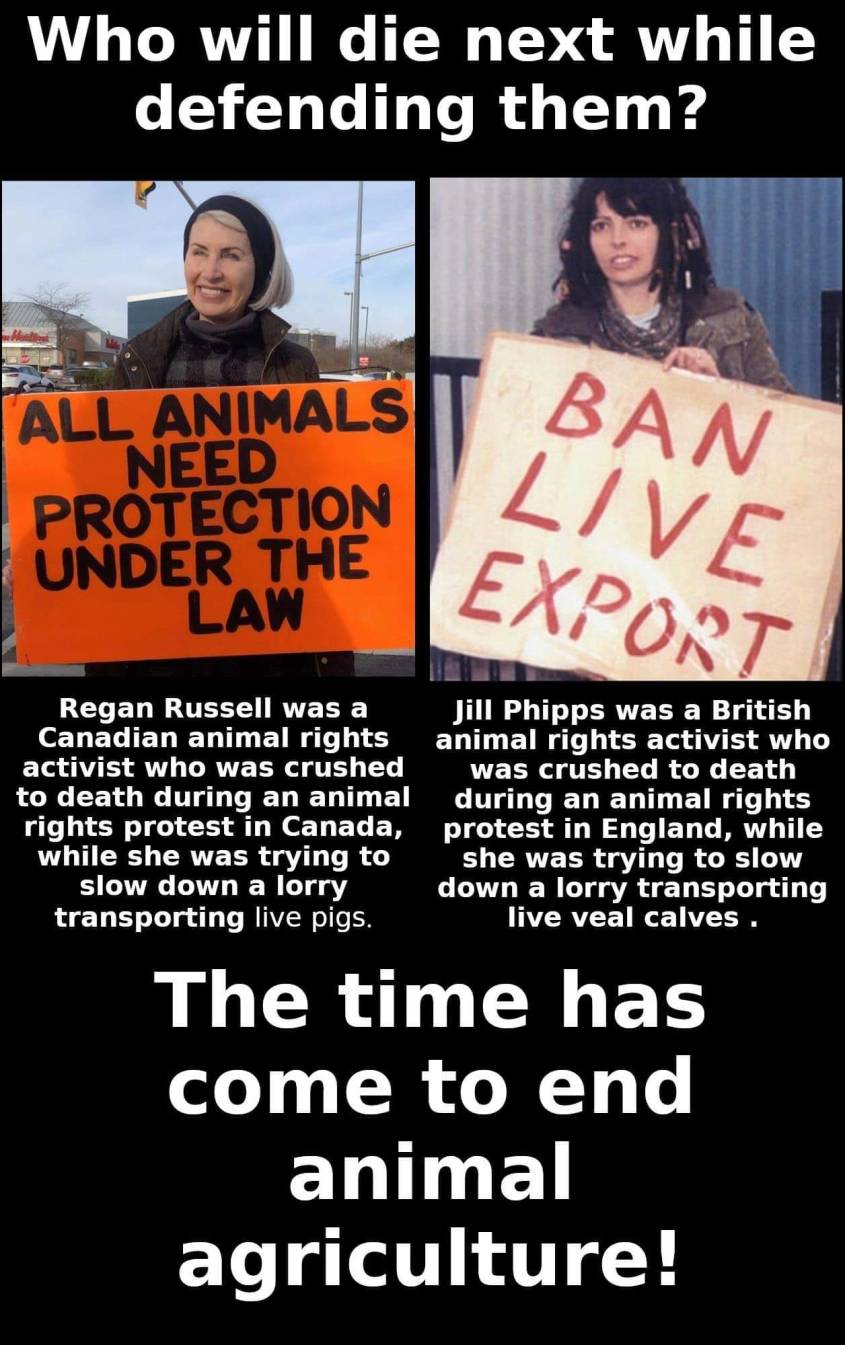 And like Jill, Regan will not be forgotten, her courage, her kindness, and her actions will be marked as milestones in this global movement towards a more just and humane world.

And we say…Many thanks to Captain Paul Watson for his excellent article.

2 thoughts on “The Murder of Regan Russell”