Here are a few petitions which we would ask you to give your support to.

We have given a brief summary of what each is about, and then included a link to the petition.

Please support, sign and pass on to all your contacts.

That’s the bad news; we also have a few great news stories to oppose all this doom and gloom. I have included it all under this one post; we have to move from bad top good.

Thanks and regards – Mark

He dragged his dog for several kilometers 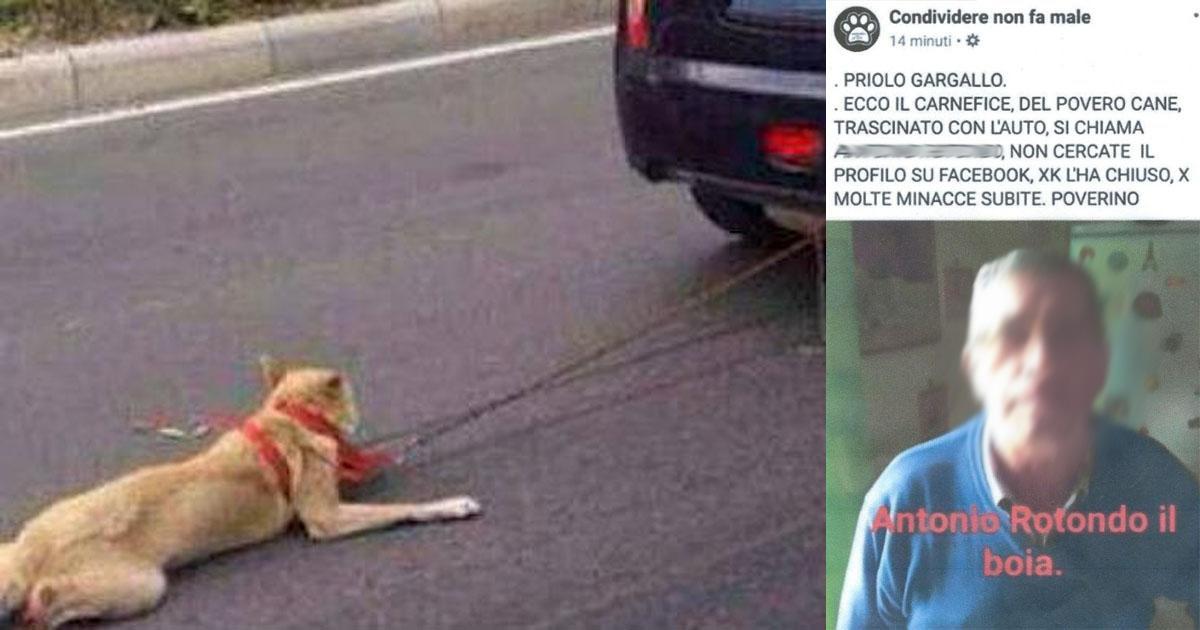 He kept him chained without food, then thought of ending up tying him with a chain to the bumper of his car and dragging him for several miles.

Justice for Elephants Slaughtered While Seeking Water to Drink

In an appalling case of ongoing animal cruelty, innocent dogs and cats are reportedly being punched to death as ‘live boxing bags’ at a local gym in Barranquilla, Colombia, the lifeless bodies nonchalantly thrown in the trash.

We have an update to the LFT petition calling for justice for a Missouri man who adopted over a dozen cats from Craigslist only to torture them to death. Last week, 20-year-old Kaine A. Louzader of St. Charles County, Mo. pleaded guilty to second-degree felony animal abuse, and has been sentenced to four years in prison for his crimes.

Four years is not nearly enough for a serial killer who poses a danger to both animals and humans; though sadly, most animal killers never even see a jail cell.

Louzader was initially charged with two counts of first-degree animal abuse in May after someone witnessed him discarding a dead cat on the roadside. Later, investigators realized the deceased animal was only one of numerous dismembered cats that appeared in the area between January and early May of this year.

Police connected the vehicle in question to Louzader, and while interrogating him, they noticed scratches on his arms, fingers, and hands. The suspect, who was employed at a hospital, claimed that an elderly patient caused the injuries, but after some additional probing, Louzader reportedly admitted to the scratches being from a cat he had killed the day prior. Then, he confessed to abusing and murdering numerous cats throughout the year, mainly by stomping on their heads or strangling them. Louzader also admitted to decapitating and dismembering several of his victims and disposing of their body parts throughout his neighborhood.

Due to the gruesome nature of the allegations against Louzader, St. Charles County Prosecuting Attorney Tim Lohmar charged the suspect with felony animal abuse, rather than a misdemeanor.

“It becomes a felony if the animal was mutilated prior to death,” Lohmar told KMOV, noting that Louzader’s injuries indicated that the cats probably fought for their lives.

Thank you to the nearly 30,000 people who signed the petition calling for justice. We continue the fight in urging authorities to treat animal abuse cases with the severity they deserve.

An Asian elephant named Kaavan, who has earned the moniker “Pakistan’s loneliest elephant,” is set to be free for the first time since 1985 thanks to a landmark court decision that will release him from the Murgahazar Zoo in Islamabad after over decades in captivity.

Heartbreaking images of Kaavan living such a solitary life sparked a four-year campaign headed by the famous singer Cher, who fought tirelessly to release the helpless elephant from confinement.

The Islamabad high court finally decided last Thursday that Kaavan deserves his long-awaited freedom. Wildlife officials have 30 days to find a suitable sanctuary for him.

Moved to tear by the decision, Cher thanked the Pakistani government for its decision.

“This is one of the greatest moments of my life,” the international icon tweeted. “Kaavan is free.”

Originally from Sri Lanka, Kaavan arrived in Pakistan at just one year old as a gift to General Zia-ul-Haq, the country’s former dictator. He spent decades in a small enclosure with very little grass and a dirty pond, often chained up because of alleged violent tendencies, which were likely due to mental health issues. Kaavan’s mental health deteriorated further in 2012 when his cage mate, Saheli, passed away, leaving him in complete isolation.

Kaavan’s upcoming release from captivity marks a major milestone in the fight for animal rights, and this victory reminds us that he is one of countless elephants who deserve to be free from solitary confinement.

The Spanish Ministry of Culture enables the bullfighting sector to benefit from the CREA Fund for “Fine Arts Professionals” (!!!)

Once again, the government, administrations, and political parties have sided with those who enjoy torturing and killing animals.

PSOE (Partido Socialista Obrero Español) and Podemos (Left Party Spain`s) have given in to the pressure from the bullfighting sector and are offering financial support (especially with public funds) to save bullfighting, which the vast majority of society rejects.

With the crisis caused by COVID-19, there is a risk that bullfighting will be condemned to inevitable disappearance.
However, the PSOE and Podemos have decided to save this sector and prolong the agony of thousands of bulls, oxen, heifers, and other animals tortured and killed in bull rings and streets.

The Minister for Culture and Sport, José Manuel Rodríguez Uribes, published and announced financial support for the cultural sector last Friday.
For example, the bullfighting sector can make use of the CREA fund, for which a credit line of EUR 40 million is planned for the ‘professionals of the fine arts’ (!!!)

The outrage did not last long and hundreds of users on social networks agreed to refuse to compare the torturers and killers with the real artists.
The president of the animal welfare party PACMA Laura Duarte was also irritated and criticized Podemos, the party that promised during the election campaign to subject the bullfighting to a popular referendum.

Podemos are now revoking their campaign promises and denied having ever proposed a referendum.
However, the video in which they promised the referendum will continue to be published on Twitter.

Since the beginning of the pandemic, the bullfighting sector has requested preferential treatment. Especially with the mention of cultural heritage, firmly anchored in the Spanish tradition.

PACMA has given a voice to the society in Spain, which is calling for a ban on bullfighting, and encouraged the Minister of Culture to immediately listen to the outcry from the citizens. However, the government has decided to betray the absolute majority of society and to continue torturing the animals.

Only PACMA fights for the defense of all animals.
PACMA is the only party that dares to call for a ban on bullfighting.

Quote PACMA: “And we continue to fight until it is abolished!”

We have already collected 60,000 signatures. With catalogs full of documents, we want to prompt the Spanish managers to rethink them at short notice.

And I mean...It is a corrupt political decision, a betrayal of the animals.
It only shows the decay of the left.

The Podemos’ promise for the abolition of bullfighting proves to be a propaganda staging before the November 2019 elections in order to capture new voices.

“We don’t have to worry about the anti-capitalist alternatives because capitalism has no alternatives, no enemies other than itself,” the left said in the 1980s.

In the case of Spain, we are actually not worried about capitalism, but about the Podemos.
They are our enemies now.
Traitor and loyal to the powerful! those were formerly our enemies and now these are the Podemos.!

And not only the Podemos, but that is also the left today. At least in Europe.

A 44-year-old was injured by a cow in the Innsbruck-Land district (Austria) a week ago.

The man was unloading the animal from the trailer on the way to the butcher when the cow became aggressive (!!!)

He could no longer hold the animal and the cow ran away. The man was injured by a kick on the thigh.

The police reported that the animal was shot “because of the unpredictability of the animal and the risk that it would run onto the busy road,” because the animal ran into an open space next to a federal highway.

A hunter or, more precisely, a butcher was notified.
The federal road was completely closed during the period of use.

And I mean…Every slave uprising was always severely punished.

Now he is dead, shot by the solidarity partners of the slave owners, who are always on the perpetrator side, and declare the murder in the protocol, “for road safety”.

You have to be an asshole to demonstrate all your power on the weak and defenseless.

SPANA is a wonderful animal organisation as you can see from the links below. I am pleased to be a SPANA supporter knowing that my monthly donation goes towards assisting animals in so much need around the world.

Take a trip here and see how working animals are being supported without cost to the owners; all from donations and funds provided by supporters.

SPANA; or the Society for the Protection of Animals Abroad; is based in London, England. It also has an office n Australia:

In 1923, Kate Hosali and her daughter Nina set off for North Africa as tourists; it was a journey that would last a lifetime. As they travelled through the countryside, passing bustling souks, remote communities and rural farms, they were inspired by much of what they saw. But they were also struck by the awful sight of donkeys, mules and camels – malnourished, weak, buckling under the weight of huge loads; suffering with wounds inflicted by poorly fitting harnesses.

Nations in which they currently work include:

Click on the following link to see all the areas of the world where SPANA is helping to make the lives of working animals so much better:

Via this link you can make donations and also sign up to the SPANA Newsletter.