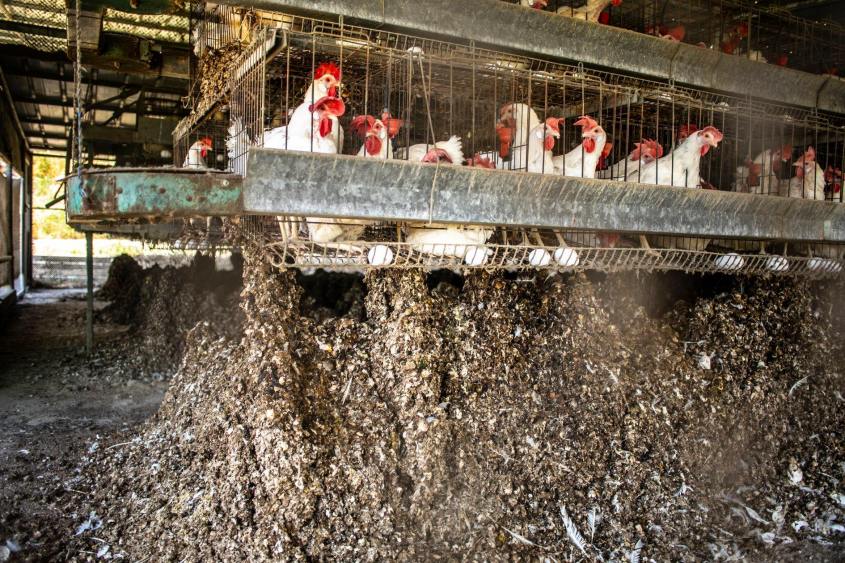 “It is considered likely a matter of when, not if, the next recombinant coronavirus will emerge and burst from animals into the human population”.

Regards and have a good night, Venus

The black people in the US have started fighting for their freedom again.

When will we go out on the streets for the animals and protest massively and united against their slavery, against the fascist system of their exploitation?

When, if not now? Now, that the corona gives us the weapon, we have to use demonstrations to force criminal politicians to end the indescribable suffering of slaves in every animal industry.

Symbolic actions, candles, and selfies on the Internet may be profitable, but they don’t stop anyone, the animals will continue to die.

The current struggle of black people in the United States shows it clearly:
Each of these murderous mechanisms is man-made and can be broken by people.
Che Guevara said: “even the strongest walls fall when they get cracks”.

Now is the time for direct confrontation, the time of the cracks.

Read the very full article via this link:

Animal Equality’s latest investigation, carried out with the Spanish news website Público, has shed a light on the atrocities that are common in chicken farms across Europe.

Selectively bred to grow to huge weights in a matter of weeks so that the industry has more meat to sell, and more money to make, many of the birds we filmed were unable to stand because of the sheer size of their bodies. With no veterinary care, the painful sores and burns on their skin went untreated, and the corpses of those who didn’t survive were left to rot on the urine-soaked floor. These shocking conditions are typical in Europe, and we’ve filmed similar scenes inside British chicken farms too.

Almost 700 million chickens are slaughtered each year in Spain, with many of them exported to other countries. This makes it one of Europe’s biggest chicken producers, although an even larger number of chickens are raised and killed in the UK – nearly a staggering one billion every year.

Our investigative work has again exposed the horrendous reality of conditions inside typical factory farms, shattering the idyllic image that the meat industry often tries to hide behind.

Tragically, it’s too late to save the chickens we filmed on this farm, but you can help countless others just like them, by choosing to eat plant-based options more often. For recipes, advice and more, head to our Love Veg website. 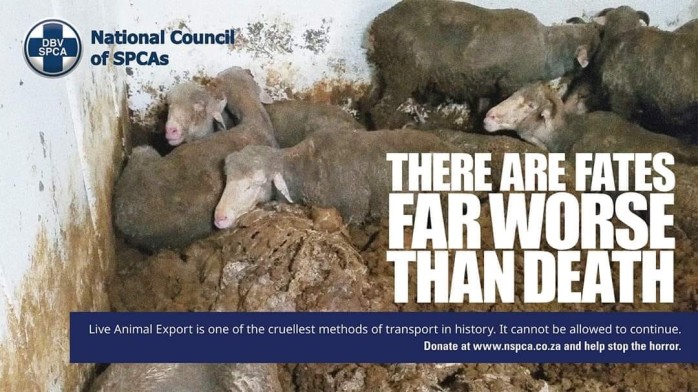 Mark, this time last week we were building a case to stop 56,000 Australian sheep being shipped into the furnace of the Northern summer. Within 24 hours we would receive the news that the exporter’s bid to be exempted from new laws prohibiting these dangerous summer shipments had failed… and that not one of those animals would be stepping foot on board a live export ship.

The relief was palpable. But it would be short-lived. You see, the moment this company was turned away from Australia, it headed for South Africa — their sights set on 70,000 sheep they had been blocked from exporting just weeks earlier. And such was their confidence that they could simply sail in and take the animals, they even started loading them onto trucks.

But that’s where their journey would end… because our friends at the NSPCA were waiting. They had sought an urgent injunction from the High Court to stop the animals being loaded onto the vessel, and I’m glad to share the news with you that

Thanks to your support of our work for animals with the NSPCA, 70,000 sheep are safe from ‘cooking alive’ on a live export ship, for now.

This is a landmark moment for animals, but the reprieve may be temporary because the full case will be heard in mid-July. But we know the team at the NSPCA (South Africa’s peak animal protection body) will give it their all. For now, these animals are safe from live export at the most dangerous time of year — when the risk of ‘cooking alive’ from heat stroke is very real.

As you would know, one of the live export industry’s key PR lines is that if they can’t get animals from Australia, they’ll just go elsewhere. In itself, this shows how little regard for animals they have. Australian authorities have determined that shipping sheep into the Northern summer is cruel and should no longer occur. So what does the live export industry do? What it has done for decades — ignore the science, ignore the evidence, disregard the risks to animals and attempt to carry on live exporting anyway.

What they didn’t count on is that our reach extends far beyond Australia. With your support, we are collaborating with advocates all around the world who, like you and me, are determined to protect animals from this global trade in animal suffering. If they show up in Romania, we are there. If they show up in South Africa, we are there. Wherever live export exists, animals will suffer — wherever live exporters go, we will too.

We are proud to work with and support the legal efforts of our colleagues at NSPCA and are enormously grateful to you for making this powerful collaboration on behalf of the victims of live export possible. 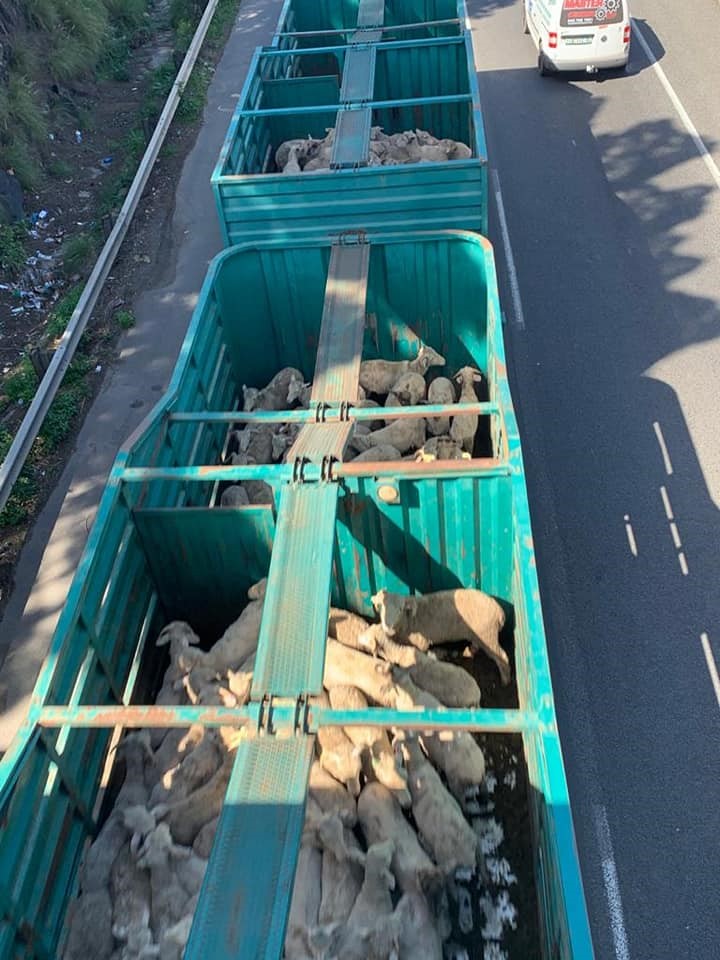 Do you fancy a very special adventure vacation?

Then book two weeks full board for the whole family in our beautiful hotel ” Pig fattening facility” in Lower Saxony, Germany!

Escape everyday stress and enjoy dullness and boredom in a tight box.

Experience day and night up close how beautifully warm and soft it is in your own excrement, feel well and be pampered by our four-star cuisine.

Switch off and leave your children to our specialist staff who will neuter them for a small surcharge without anesthesia.

The highlight is an adventurous journey through Europe (without food and drink).

Let yourself be driven onto a ramp with electric batons and squeeze yourself into a stinking truck with your loved ones and other holidaymakers.

If you reserve early, you will receive one of the coveted window seats!

As soon as you have reached your destination, our specialists will bring you into the waiting room after a “welcome electric shock” (if you are still alive). Then it’s time:

An employee hits you on the head with 360-volt electric pliers and cuts your neck before you stand on a chain on your head.

This is pure adrenaline!

The beautifully situated house is furnished with little attention to detail.

The holiday boxes for 1 person are tight and uncomfortable.

Participation is at your own risk and the organizer assumes no liability for accidents or damage during the adventure trip through Europe.

Mirka V Brunner
My best regards to all, Venus
Join 314 other subscribers