And now, more than 16,000 stores around the world have committed to never stocking products sourced from monkey labour after speaking with PETA and its affiliates. See our list below to help make sure that your coconut products don’t come from suppliers that use monkey labour.

Thousands of people are joining PETA’s campaign to stop this cruel industry, including Carrie Symonds and environment minister Lord Zac Goldsmith. Join them by adding your name: 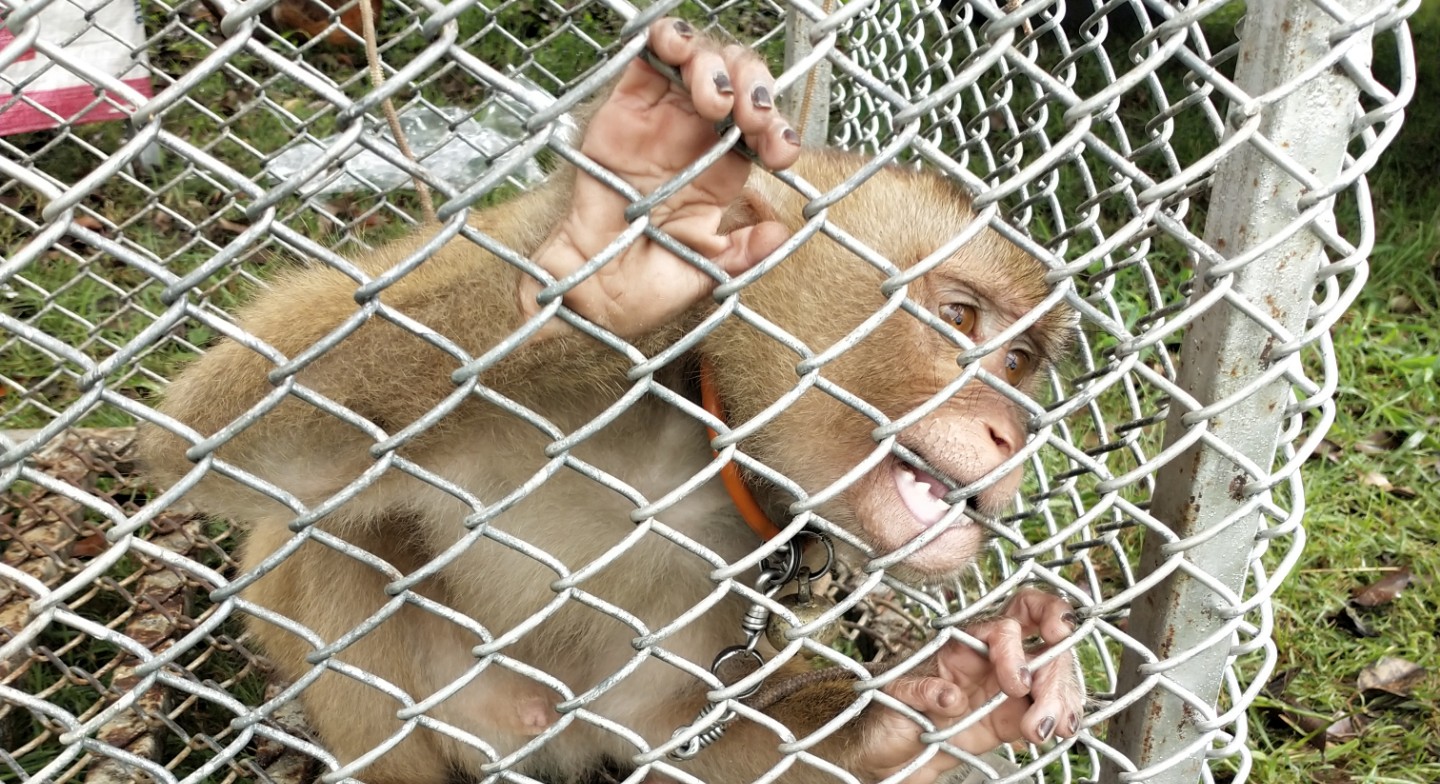 Asda has dropped the brand Chaokoh. A spokesperson for the supermarket said, “We expect our suppliers to uphold the highest production standards at all times and we will not tolerate any forms of animal abuse in our supply chain. We are removing the products from sale whilst we investigate these allegations with our suppliers.”

Walgreens Boots Alliance (operator of Boots) has pledged not to stock Aroy-D or Chaokoh and not to knowingly sell any own-brand coconut food and drink products of Thai origin in its stores in the UK, US, and Thailand.

Waitrose has made a commitment to protecting monkeys: “Waitrose & Partners supports PETA’s goal to end the use of monkey labour in the coconut industry,” says John Gregson, partner and communications manager for CSR, health, and agriculture at Waitrose & Partners. “As part of our animal welfare policy we have committed to never knowingly sell any products sourced from monkey labour.”

Morrisons has suspended its supply of Chaokoh products, pending an investigation.

Ocado and Co-op have committed to never knowingly stocking any products from suppliers that use monkey labour.

Tesco has done the same, stating, “We don’t tolerate these practices and would remove any product from sale that is known to have used monkey labour during its production.” The supermarket has delisted Chaokoh products in its UK stores and is investigating its international supply lines.

Sainsbury’s is investigating the issue as a priority.

The following brands sold in the UK have policies of never sourcing coconuts from farms that use monkeys:

In the US, Bed Bath and Beyond’s Cost Plus World Market has stopped buying coconut products from Chaokoh.

Ahold Delhaize and its brands (including Giant Food, Food Lion, Stop & Shop, and Hannaford in the US as well as Albert Heijn in the Netherlands) have also committed to not knowingly stocking or selling any products sourced from suppliers that use monkey labour.

Aroy-D and Chaokoh are still exploiting monkeys. Send a message urging them to stop supporting this cruel industry.