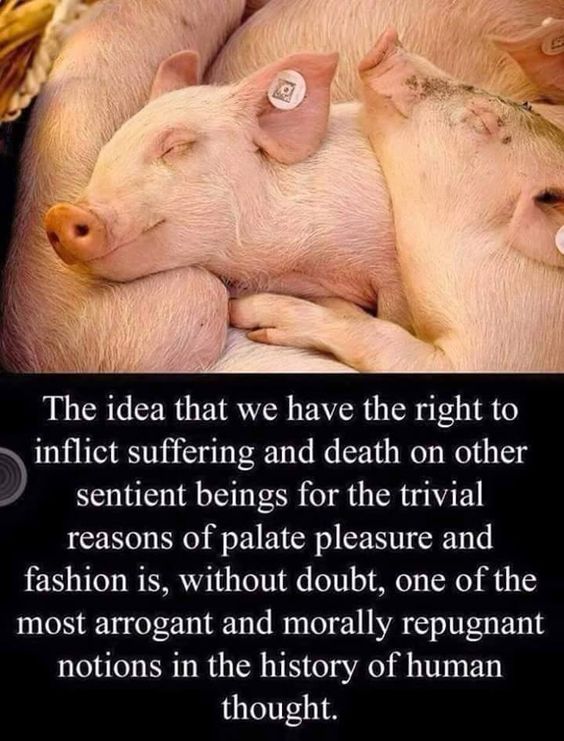 Vanda Pharmaceuticals is taking legal action against the U.S. Food and Drug Administration (FDA) after the government agency blocked the company from continuing studies of a new drug when it declined to adhere to the FDA’s “illegally imposed” requirement to test it on dogs.

The Washington-based company is developing the drug, tradipitant, as a treatment for a variety of ailments including gastroparesis. Following a short clinical trial on 150 human volunteers in 2018, Vanda Pharmaceuticals requested permission from the FDA to prolong the study to over three months.

However, the FDA refused, demanding that Vanda Pharmaceuticals carry out non-rodent animal toxicity studies for a nine-month period before tradipitant could be studied further in humans, and placed a partial clinical hold on the drug’s research.

“The FDA explicitly told us — based on a guidance, which is a recommendation, not binding — that in order to expose patients to more than three months [of] treatment, certain studies have to be done,” said Vanda Pharmaceuticals CEO Mihael Polymeropoulos, speaking to The Hill. “We’ve done most of them except one: a dog study where you treat dogs for nine months. Then you sacrifice the dogs and you look at their organs.”

In a press release, the drug company said that the FDA’s requirement for “unnecessary and unethical animal studies,” which usually involves beagles, would lead to the needless destruction of dozens of dogs.

“We believe that there is no scientific justification for the requirement that tradipitant be tested in a nine-month dog study, given its currently understood safety profile in both animals and humans, and further, that these studies should not be a routine requirement for all sponsors,” explains Polymeropoulos.

“The FDA is ignoring a large body of published scientific evidence which concludes that these chronic dog studies do not offer any additional useful information. That policy is based on old, outdated science and requires the killing of too many dogs without any scientifically justified purpose. Yet, companies have been reticent to stand up to the FDA and demand that it change its policy. Vanda is unwilling to accept the status quo.”

The EU is deeply involved in ivory business. Tons of ivory are traded, imported and exported within the EU. Europe is a henchman of elephant poachers.

The idea is wrong that elephants are poached in Africa, their ivory is sold to Asia – and that Europe has nothing to do with it. Rather, Europe plays a central role as a hub for the legal and illegal trade in ivory.

The sale, import and export of ivory is legal in Europe if it comes from old stock. An invitation to criminals! Legal trade allows them to infiltrate illegal ivory of poached elephants.

32 African countries have appealed to the European Union to stop ivory trade.

Europe is a henchman of elephant poachers.

In the EU, ivory is offered open at auctions, in stores and on the internet. Some EU companies have even specialized in the purchase and export of ivory to Asia: More than seven tons of ivory and more than 12,000 ivory carvings have been sold to Hong Kong alone in the last two years.

The international community has now called on all governments at two important conferences to close their national ivory markets.

The EU does not comply with this demand and undermines the global efforts to save the elephants.

Although Germany supports stricter rules than the EU Commission, it intends to continue to facilitate the trade in ivory carvings, antiques and musical instruments.

A development in Asia aggravates the situation: Elephants are also killed because of their skin, because it is believed that the elephant skin has healing properties.
In Myanmar, up to 110 skinned elephants were found within four years. One could despair.

But in terms of ivory, we can do something – on our doorstep!

Please ask the EU to ban the ivory trade completely. Only then will the mass poaching of elephants come to an end.

This is the original letter in English:

I am calling on the Commission and Member States of the European Union to ban all exports and imports of ivory and to close the EU’s domestic ivory market. The international community at the recent CITES conference and at the IUCN World Congress adopted two resolutions, calling on all governments to close their domestic ivory markets. The EU maintains an active ivory market for “pre-convention” ivory, and is the biggest exporter of ivory to China and Hong Kong, with exports of worked ivory experiencing an alarming increase in the last two years. The legal trade enables that ivory from poached elephants is laundered. It fuels demand and corruption. Moreover, EU Member States are clearly being used as transit countries to smuggle illegal ivory from elephants poached in Africa to Asia. Huge shipments have been seized in EU Member States recently and ivory is on top of the list of seized wildlife products in the EU.

As actions are increasingly being taken around the world to close domestic ivory markets and destroy stockpiles of seized and confiscated ivory, I am urging the EU to take responsibility to end its own role in the ivory trade

My comment: The European Commission knows very well that the EU is being used to “wash” illegal ivory, and is instrumental in ensuring that about 35,000 elephants still die each year.

When the international ivory trade was banned in 1989, the eradication of the African elephant seemed to have been averted. After a decade of slaughter, in which the number of animals worldwide halved, the populations recovered.

Unfortunately, however, the international trade ban did not last long: at the instigation of four states in southern Africa, it was eroded just a few years later.

Statistics show that poaching and ivory smuggling have seen a bloody comeback since 2008: in particular, the rapid increase in demand in China, combined with rising purchasing power, led to the poaching of about 100,000 elephants in Africa in the years 2010-2012 alone.

At the same time, state-licensed ivory shops and carving factories sprang up in China, as did illegal business. Because of ivory were many of thousands of elephants killed, and China and Hong Kong became the largest markets for both legal and illegal ivory.

Since then, heavily armed poachers have been killing entire herds of elephants, chopping off their tusks with axes.
Masterminds are globally organized criminal gangs who hire poachers in Africa and equip them with automatic weapons. They bribe politicians, authorities and freight companies and create the “white gold” in containers, air freight shipments and personal luggage hidden through various stops in the main sales markets in Asia.

The good news is: China has already banned trade under international pressure.
The US should not import hunting trophies in the future either.

The pressure on the EU Commission must grow. The number of signatures in this petirion approaches the million, and from 1 million votes, the commission is obliged to take an official position on the subject.

Since the days of Ernest Hemingway, the famous writer and alcoholic, tourists and adventure seekers around the world have aroused the annual interest in San Fermin Festival 2019 in Pamplona for its most famous and bloodiest attraction: the bull run.

Adrenaline junkies flocking in droves, macho types wanting to prove their skills, and herds of beer-travelers looking for alcohol and adventure flock to Pamplona every July to prove that a feeble mind is not just connected to the bull run.

At the first run on Sunday July 6, 2019, according to a hospital, at least five people have been injured. As the Red Cross reported, one person was pierced by a bull’s horn and two more suffered skull trauma on the first day.

(Unfortunately too little damage, the fate of the bulls is much worse ! If there had been 200 deaths, the bull race would be abolished, and so we would not talk about Pamplona next year and in the future)

Since 1591, eight fighting animals have been driven about 850 meters through the old town of Pamplona for eight days. The bulls come from the south of Spain and are kept outside the city before the bullfights in the corrales. These are young animals weighing between 550 and 700 kilograms and can reach speeds of around 25 km / h.

The bulls are driven over a distance of 850 meters to the arena, where they are killed in the evening by Toreros. (more precise formulated: bull murderer).

The end is inevitable: The exhausted bull is killed amid the cheers of the numerous spectators and the victorious Matador celebrated.

The bulls in Pamplona attract hundreds of thousands of visitors, including many foreign tourists from English-speaking countries.

The folk festival was born out of the centuries-old tradition of the “Cattle drive”, where the cattle were brought from the pastures through the village and into the stables. In Pamplona, with its 200,000 inhabitants, this festival brings millions of euros to the city cash.

Each visitor spends about 100 euros a day. Many residents, whose apartments are located on the streets through which the bulls run, rent window and balcony seats for up to 80 euros.

In Pamplona six bulls are killed every year. In Spain, bullfighting is estimated at between 30,000 and 40,000. In the arena, the animals are traded with daggers and lances until they collapse exhausted. Often the bulls do not become at the end of the fight, and so they are consciously dragged by chains out of the arena. This is still allowed.

PETA UK and the Spanish organization AnimaNaturalis have been organizing protests against bullfights for several years – but the organizers do not want to abolish them.

My comment: Why does not Spain ban this shit? Yes, money !! And tradition, as always as an excuse.

With the high unemployment of the country stupid tourists must be lured into the place with primitive spectacles. Man, man, man! Humanity is and remains stupid and sick. Every year this garbage, one wonders, in which century do these naked animals still live?

Spaniard: Take tanks instead of bulls!
So no animal would need to suffer unnecessarily, but the result would remain the same.