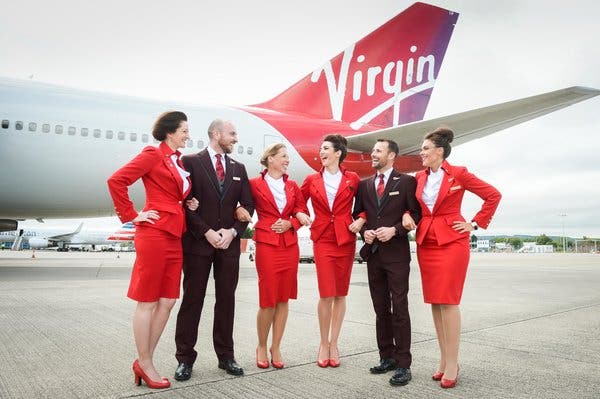 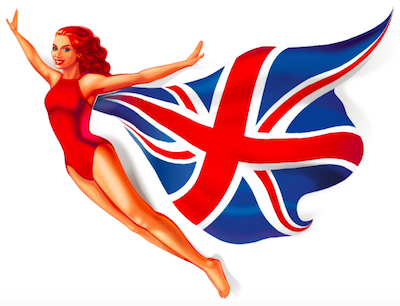 Tour operator Virgin Holidays has announced that they will no longer be promoting or selling trips to attractions that have captive whales or dolphins.

The company — part of Sir Richard Branson’s Virgin Group — plans to initiate the changes as soon as possible, with a deadline of July 31st.

“We have now decided the time is right to discontinue offering attractions featuring close encounters with captive whales and dolphins,” said Joe Thompson, managing director of Virgin Holidays. “We will instead focus our efforts on encouraging customers to see these creatures in the wild. We will also continue our efforts to support the development of sanctuaries for whales and dolphins currently in captivity.”

Virgin Holidays has donated $100,000 to the National Aquarium in Baltimore for their project, which aims to relocate their captive dolphins to a purpose-built sanctuary, set to open in 2021.

“We want to actively support this direction by encouraging more responsible wild watching, which puts animal welfare at the heart of things, meaning our customers get to experience these amazing animals with peace of mind and future generations can enjoy these wonderful experiences too,” said Thompson.

Virgin joins many other travel providers around the world who refuse to support animal-related attractions, such as TripAdvisor and Thomas Cook.

According to National Geographic, there are 58 orcas in captivity on the planet; a third of these are held in the United States. These incredible animals live in social groups and are exceptionally intelligent and complex individuals, who cannot thrive when taken from their natural environment.

“It’s basic biology,” says mammal scientist Naomi Rose from the Animal Welfare Institute. “A captive-born orca that has never lived in the ocean still has the same innate drives. If you have evolved to move great distances to look for food and mates then you are adapted to that type of movement, whether you’re a polar bear or an elephant or an orca. Not one marine mammal is adapted to thrive in the world we’ve made for them in a concrete box.”

We applaud Virgin Holidays for taking a stand against animal cruelty and putting their money where their mouth is by supporting humane alternatives to marine animal attractions.

“Trading Cruelty – how captive big cat farming fuels the traditional Asian medicine industry” describes how thousands of big cats are bred and killed every year only to be made into wines, capsules, gels, and balms — products that have never been proven to have any healing properties.

“Does the life of an animal mean nothing at all,” asks Dr. Jan Schmidt-Burbach, global wildlife advisor at WAP. “These big cats are exploited for greed and money – and for what? For medicine that’s never been proven to have any curative properties whatsoever. For that reason alone, it’s unacceptable. At each stage of their lives they suffer immensely – this makes it an absolute outrage.”

Lions are the main focus in South Africa, where cubs are either taken from their mothers in the wild or bred within special facilities. First, they are exploited at petting farms, then used for “walking with the lions” experiences, and eventually murdered at canned hunting game farms for a fee. Their body parts are used as trophies and shipped to Asia to be used in traditional medicines.

China has huge factory-style farms, where dozens of big cats are kept in tiny cells with only the basics to survive. Many discovered as part of WAP’s investigation were emaciated. Some facilities use their captives as entertainment, forcing them to perform in shows and charging visitors to have their photos taken with the miserable animals.

“Many of these animals will only ever see the world through metal bars, they will only ever feel hard concrete beneath their paws, and they will never get to experience their most basic predatory instinct – a hunt,” says Dr. Schmidt-Burbach. “Instead, they are taken away from their mothers as tiny cubs, forced to interact with people or perform tricks, to be then shot or slaughtered so that their bodies can be harvested for products.”

With so many big cats sourced from these horrific farms, you may assume that fewer animals are taken from the wild. This isn’t the reality. WAP discovered that nine out of ten people surveyed in Vietnam — and more than half of Chinese consumers — would rather consume products from animals taken from the wild than farmed. This shows that big cat farming is actually a driving force in the poaching of these magnificent endangered cats.

While the report documents enormous demand for big cat parts for traditional medicine, WAP also highlights some positive statistics. Their studies showed that 67 percent of Vietnamese residents would be willing to try herbal or synthetic alternatives to products sourced from big cats — if the products were reasonably priced.

The organization, along with myriad others around the world, continues to fight for the animals, with a focus on changing attitudes around the use of big cats in traditional Asian medicine.

“This should not be the life for these incredible animals – either in farms or entertainment venues,” states Dr. Schmidt-Burbach. “These animals are majestic apex predators – they are not playthings – nor are they medicine. Big cats are wild animals and they deserve a life worth living.”

Click on the following link to read the full 22/7 newsletter:

Below is a translation of Korea’s Nocut News reported on July 17, 2019:

The city of Daegu will consider plans to close down dog slaughterhouses in the Chilseong Market by next year. These plans include solutions for the livelihood of the shop owners.

Daegu Mayor Kwon Young-Jin said on July 17, “The problem of dog meat consumption goes against current trends, and dog slaughterhouses located in the center of Daegu have negative effects on our emotions (sentiment).”

Mayor Kwon also stated, “If the dog slaughterhouses were to close down, there’s the livelihood issue for these businesses, so we will find various ways to help them which includes measures to support their livelihood.“

More, and a call for action at – https://koreandogs.org/daegu-chilseong-market-close-down/?utm_source=sendinblue&utm_campaign=Daegu_Dog_Meat_Market_to_Close_Down__Dogs_Burned_Alive_in_Koreas_Slaughterhouse&utm_medium=email

Dogs Are Burned Alive!
CARE’s Investigation and Rescue in Cheonan

Sharing for the Coexistence of Animal Rights on Earth (CARE).

We received a report about a dog slaughterhouse and dog farm in Cheonan, a city about one and a half hours south of Seoul, at which the owner of the slaughterhouse killed the dogs in an especially brutal way. With one of the boknal days—the three hottest days of the year when dog meat consumption increases—a couple of days away on the 22nd, we went to investigate on the evening of the 20th.

What we encountered when we arrived was horrific even for experienced investigators.

There were broken cages with dogs tied with short leashes exposed to the elements—it’s monsoon season in South Korea, and there have been a couple of days of heavy rain. There were cages on the ground—they are usually raised off the ground—with dogs standing or lying in muddy puddles. In total there were about one hundred dogs on this farm.

However, that wasn’t the worst of it.

This dog farmer slaughtered dogs in a particularly brutal way; they were hung by the neck and blow-torched alive. The slaughtering was done outside in full view of any dogs unfortunate enough to be able to see the area in which it was done.

Click on this link to read the full newsletter:

The Al Shuwaikh has now left Jeddah port and is underway using its own power, heading South down the Red Sea.

It is currently positioned between Port Sudan (Sudan) to the West, and Al Lith (Saudi Arabia) to the East.

We cannot confirm at the moment if sheep are on board or if they were all unloaded at Jeddah.

It is possible the ship is empty and returning to it ‘home’ of Kuwait.

We are currently looking at different routes we can approach to obtain accurate information from the authorities.

Recent posts on this: