Click on the following to see the video footage: 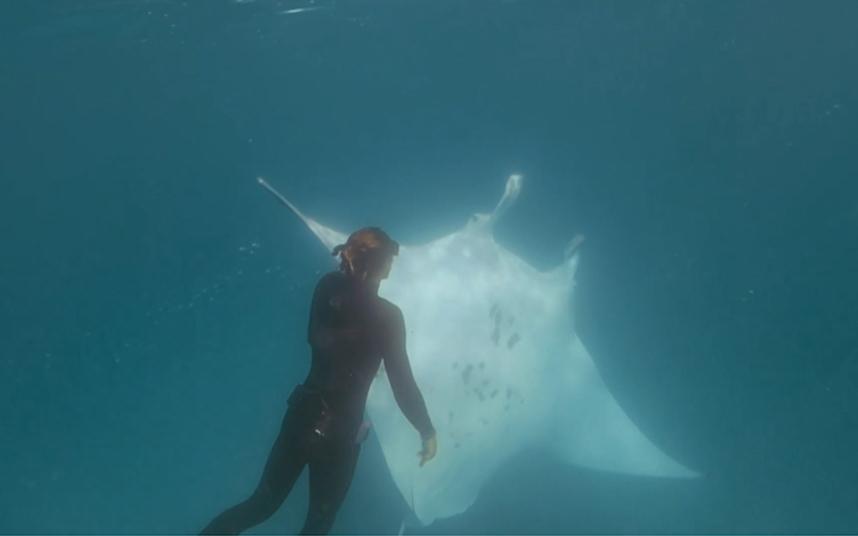 A giant manta ray has been filmed in Western Australia appearing to appeal a diver to help unlodge dangerous fish hooks that have become embedded in her right eye.

The extraordinary footage of the moving encounter between the injured sea creature and human divers was taken by Monty Halls, a British marine biologist who was part of a freediving group exploring Ningaloo Reef off Australia’s north west coast. Mr Halls called it “one of the best things I’ve ever seen underwater.”

The three-metre-wide manta, which is known affectionately to locals as Freckles, is seen swimming up to Jake Wilton, a snorkeling guide, and flipping over in the water, in what seems to be an attempt to show him her plight.

“You could see she trusted us because she was unrolling and showing us the hooks,” said Mr Wilton in the video. “I went down for a few dives to see how she’d react to us being close to her.”

The footage was released on Thursday by Ningaloo Marine Interactions, the tour company Mr Wilton works for.

He told the Independent: “I’m often guiding snorkellers in the area and it’s as if she recognised me and was trusting me to help her,” he said.

“She got closer and closer and then started unfurling to present the eye to me. I knew we had to get the hooks out or she would have been in big trouble.”

Mr Wilton described the interaction as “incredible behaviour” and believes the manta understood that he was trying to help her. “I went [back] down to say goodbye and she stopped and waited there,” he said.

Human rights and dignity apply only to human animals and are internationally strictly protected property.  All other nonhuman animals suffer from lawlessness. 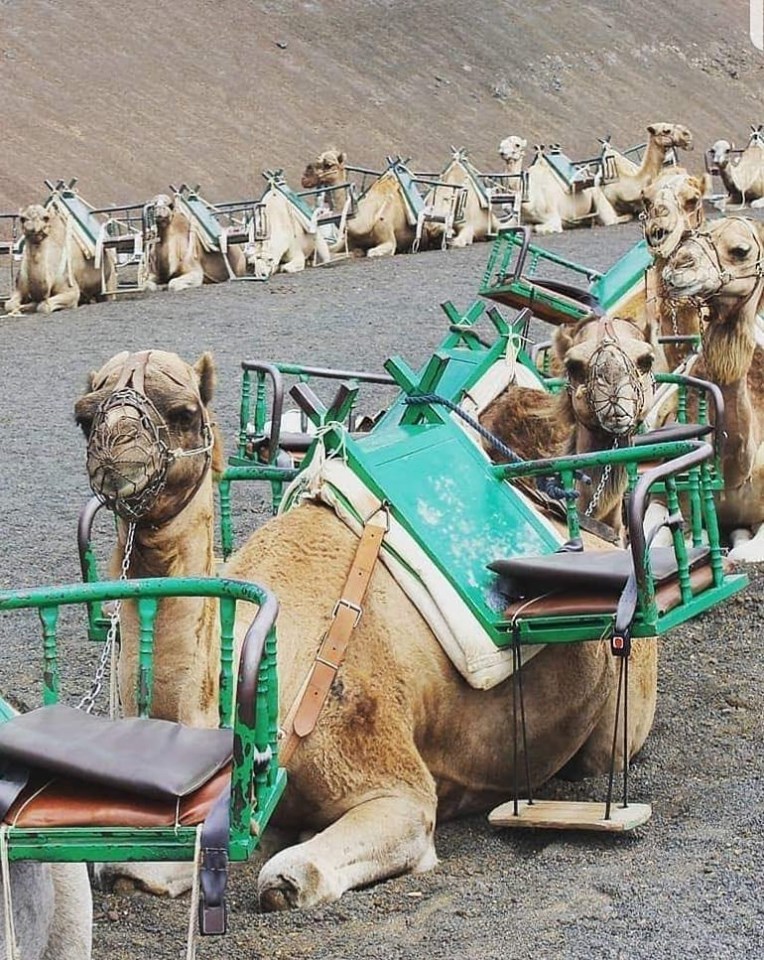 Domestication of animals is nothing but the other word of systematic confinement, tethering, branding, dangling tails, breeding, exploiting and brutally killing. 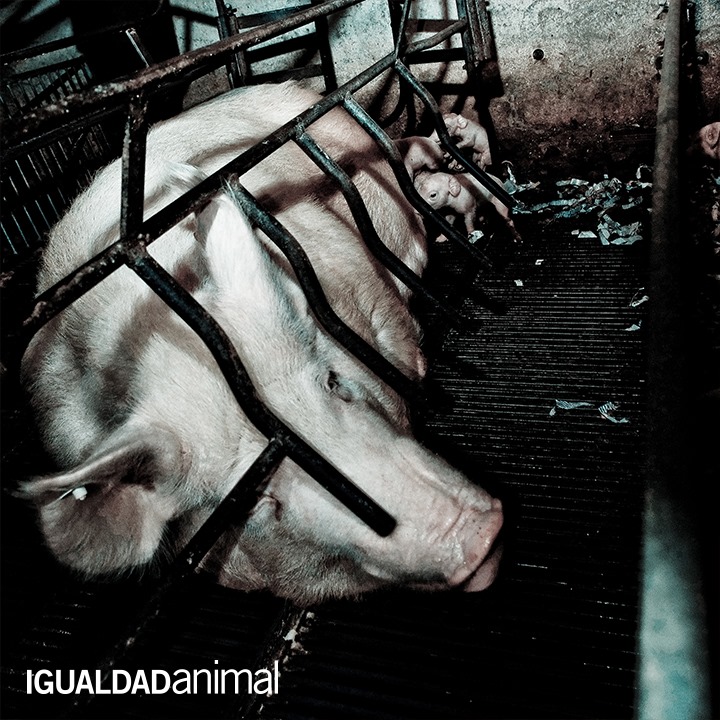 The deliberate transformation of a living being into a bundle of suffering and dumb despair is a crime – what else should be a crime?

The human being does not evolve.
Obviously, a moral change in the consciousness of the human species is not subject to an evolutionary autopilot.
In other words, what we did not understand centuries ago can not be understood today.

That animals are not our slaves, not our food, not our torture objects.

We no longer burn witches, because only the term is abolished.
We don`t gass Jews, because we have banished criminal racism. We do not dispose of disabled children, as in Sparta, because children have rights.
And yet: one still lives on the tree in terms of morality towards animals.
Underdeveloped, smug assholes, that’s us.

We feel it necessary to provide this info on the site; but we are always in no doubt that a meat free diet is the way to go – better for humans and animals.  Although full of Yuckspeak words such as ‘environmental standards’, ‘animal welfare’ and ‘enrichment’; we know the reality is that nothing will really be done to make the lives of these poor birds any better.  Like all of this industry, glossy sales and promotions will ensure that the consumer is led to believe the best; even if it does not happen.

Move expected to put pressure on rivals McDonald’s, Burger King and large supermarkets such as Tesco and Sainsbury’s 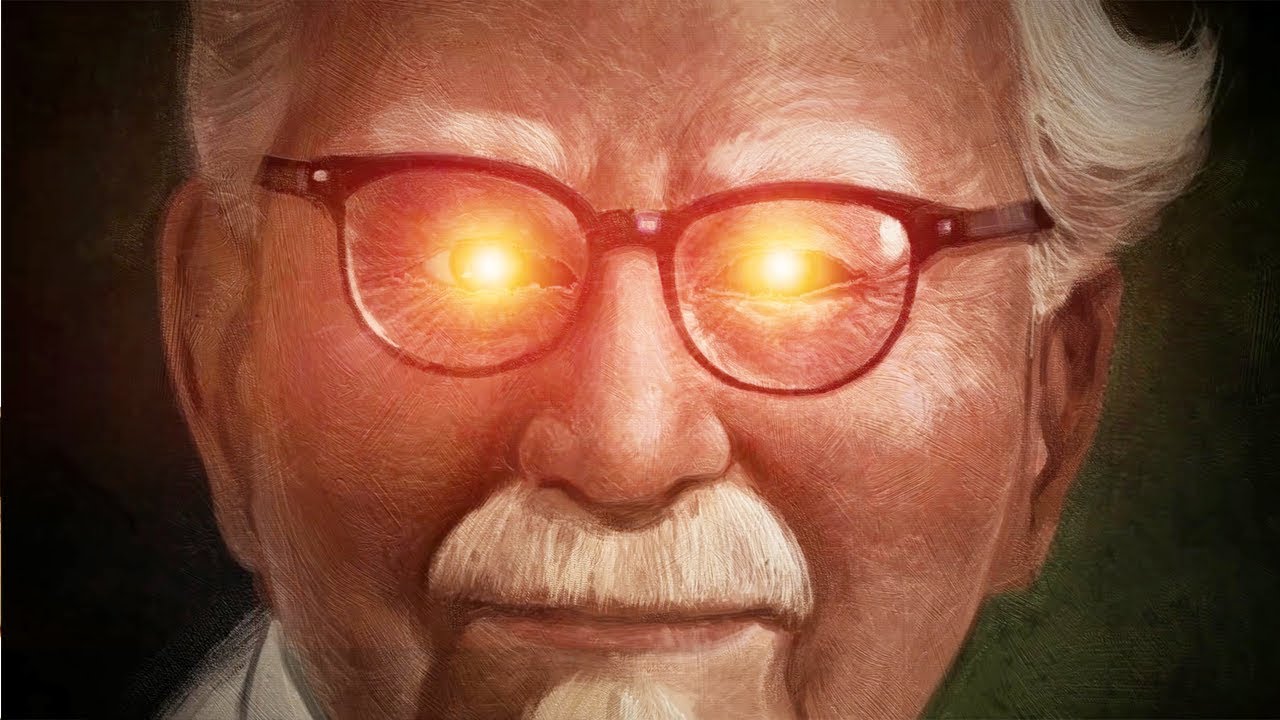 KFC is to become the first UK fast food chain to sign up to new European welfare standards for farmed chickens, in an attempt to tackle growing concerns about inhumane conditions in the intensive and large-scale production of meat.

The move by the America-owned chain – 18 months after the blueprint was unveiled – will put pressure on rivals McDonald’s and Burger King, as well as large supermarkets such as Tesco and Sainsbury’s to follow suit.

Supermarkets, restaurant chains and hotel groups have all been urged to commit to the so-called European Chicken Commitment, which represents the first time a single set of requirements has been agreed on across the continent by a large coalition of European animal protection groups, including the RSPCA.

KFC’s UK and Ireland business said it will work closely with suppliers and NGOs to raise the minimum level of welfare standards across the industry by 2026. Its move will cover its sourcing of chicken in the UK and Europe, which make up the vast majority of its supplies, though it also buys a small amount of chicken from Thailand and Brazil.

The new requirements include stricter auditing processes, reducing stocking density to give birds more space in barns, and investing in environmental “enrichment” which includes providing perches, pecking objects such as straw and vegetables, and natural daylight.

In arguably the biggest step to help curb some of the cruellest aspects of the business which sees fast-grown, over-bred birds collapsing under their own weight, the new standard stipulates a pledge to purchase slower-growing breeds.

In the UK sales of red meat have fallen in recent years, but chicken – seen as a “healthy” meat – has seen sales rise.

KFC’s Imposter Burger – a vegan patty made from Quorn and intended to replicate chicken – sold out last month in the limited number of outlets stocking it.

Although KFC is the largest fast food chicken chain in the UK – using an estimated 60 million chickens every year in its 900-plus outlets – its UK and Ireland sales account for only 4% of total chicken sales in the UK, with the lion’s share through supermarkets.

Paula MacKenzie, general manager of KFC UK & Ireland, said: “Our customers care about improving the lives of the chicken we buy. That’s why we’re adding our voice to the campaign and encouraging others to do the same – because to inspire real change and provoke meaningful action, we need the industry to move with us.”

The Humane League has been lobbying for McDonald’s – which uses large volumes of chicken in its nuggets and burgers – to sign up to the commitment too. Its managing director Vicky Bond said: “We welcome KFC’s move, but it highlights just what a laggard McDonald’s is. This will benefit the lives of millions of chickens every year throughout their supply chain. We implore the rest of this sector and other food companies to follow in their footsteps.”

A McDonald’s spokesperson said it had its own scheme to improve the welfare and health of chickens in its supply chain, and had set up a council of experts to advise them on the matter.