One of the largest dairy farmers in Bavaria blatantly violates animal welfare. The dairy farm “Endres” im Allgäu, Bavaria, torments his animals, according to research by the “Süddeutsche Zeitung” and the ARD ( Public TV) politics magazines REPORT MAINZ.

This emerges from a several weeks comprehensive video documentation from the stalls. The photographs were handed over to the ARD and the Süddeutsche Zeitung by the animal rights association Soko Animal protection” and show that the staff always cause great pain to the cows. The cows are kicked and beaten. Animals that can no longer walk are dragged through the barn with the help of hip clips and tractors. Sick cows are taken to a sick bay of the barn and are not  cared for there. About 1800 cows live there.

Over a period of ten days, the footage documents that a particular animal has been given very little water and food and has not been properly killed. There are several so-called Need killings to see in which the animals were stunned with a stud shot, but then bled out properly. Minutes after the bolt shot, some cows are still showing reactions and are suffering longer than allowed. The farmer Franz Endres wants, despite multiple demand for the previous incidents, not comment.

This emerges from a several weeks comprehensive video documentation from the stables, which was handed over to the editorial by the animal rights organization “Soko animal protection” . In the opinion of Prof. Holger Martens, an expert on cattle farming, the documented conditions clearly violate existing laws.

“I have never seen such pictures, they are unacceptable, they are intolerable conditions, and this is clearly in violation of existing laws, it is depressing.” he said

For inspections at the beginning of June following an anonymous complaint, the official veterinarians from Mindelheim have also found animal rights violations. The farmer was told to remedy the identified deficiencies immediately, they say.

Meat from “Endres” sick animals has also entered the food chain. This was confirmed by the slaughterhouse Vion in Buchloe. The milk of the animals was delivered to the dairy Champignon.

The company’s statement states that,” for ethical and moral reasons, the cheese producer Champignon will no longer accept and process milk from this farm. “

Authors of the Public TV political magazines “Fakt and REPORT MAINZ” had shown recordings from the dairy farm to a spokeswoman for the cheese firm.

Meanwhile, the responsible Bavarian consumer protection ministry has responded. A written statement on Monday stated that “animal cruelty is unacceptable” (!!!)

“ For the first time in my term of office, I am confronted with such serious allegations against a specific establishment, and the matter must be fully investigated immediately the local authorities have been involved, and I was particularly keen to have the prosecutor’s office react immediately, with criminal behavior in the area, and responsibility for the animals, and there is a strong suspicion that this responsibility has been grossly ignored” says  Consumer Protection  Minister Thorsten Glauber

In addition, several special inspections of the enterprise were ordered and one had requested a special report from the responsible government of Swabia.

Animal cruelty at Franz Endres probably not an isolated case

The documented animal cruelty in the Franz Endres dairy farm, in one of the largest dairy farms in Germany, shows once again what animal rights activists have been denouncing for many decades: that farmers in Germany systematically violate existing laws – and are too rarely stopped by the responsible authorities.

The case of brutal animal cruelty in one of the largest dairy farms in Germany is highly explosive! For it shows once again that even large companies in Germany apparently continue to systematically torture and kill animals in the most brutal way. Because they know: Serious consequences have almost never in Germany!

Without research such as the “Soko animal welfare” remain even the most serious animal protection violations without consequences. Investigations are – often against a rather symbolic payment – set. Consistent livestock bans are extremely rare!

My comment: The German industrial peasants have lobby organizations that are as powerful as those of the German automotive industry. In such a climate, where apparently and intentionally insufficient control or animal cruelty is concealed, crime flourishes.

What many consumers do not know: Germany is only mediocre in terms of animal welfare internationally. There is always talk of “isolated cases”, but in reality concern the majority of companies. And the farmers’ lobby – which, incidentally, mainly represents the big farmers – is doing everything to ensure that this does not change.

Ever since its conception; we have had our doubts and concerns about the Red Tractor ‘quality’ mark. This investigation proves that animal welfare comes way down the list of ethics; yet animal welfare is supposed to be one of the core values when the public buy Red Tractor produce – they are supposed to be getting the best in all areas – one has to ask if the Red Tractor label is really a veil for abuse on farms whilst misleading the British public into thinking it is buying the best welfare practices for animals that are available.

Assured Food Standards is an organisation that promotes and regulates food quality in England, Northern Ireland and Wales. It licenses the Red Tractor quality mark, a product certification programme that comprises a number of farm assurance schemes for food products, animal feed and fertilizer.

The “horrifying conditions and extreme animal suffering” shown in the video include 63,000 chickens all cramped together in double-decker sheds, and chickens living among the dead carcasses of their fellow creatures who had been just left to decompose on the ground.

The investigators, who visited each of the farms several times between February and April this year to carry out covert filming, found workers kicking and abusing chickens and breaking their necks before dumping them to die slowly on piles of other dying birds.

The chickens were forced to live on the ground in their own filth, as none of the sheds had perches, causing many of the birds to have sore, red skin. In addition, some chickens had leg injuries so terrible they were unable to walk or even stand up; and tiny, two-day-old chicks were found panting and straining to breathe — or already dead. “As our appetite for chicken meat has grown, so has the size of Britain’s chicken farms. Images of distressed birds in giant double-decker sheds will be a shock to many consumers who buy British, Red Tractor-certified meat thinking they can trust its animal welfare standards,” says Dr. Toni Vernelli, Executive Director of Animal Equality UK. “Yet the truth is, the unnatural conditions chickens are forced to endure in these vast sheds are utterly dismal. One meal for us equals a lifetime of misery for them.”

The three farms — Saltbox, Ladywath and Mount — provide chickens for Moy Park, a chicken company that supplies major supermarkets including Tesco, Co-op, Sainsbury’s and Ocado. The farms are all certified by the Red Tractor farm assurance scheme which claims to provide “an easy signpost for consumers looking for British food and drink that they can trust” that is “farmed with care”.

Commenting on the investigation, a spokesperson for Red Tractor told the BBC: “Our own routine auditing of these farms had identified some breaches to our high standards, and we have been working with them to ensure they put the necessary processes in place for them to remain Red Tractor-certified.”

However, Vernelli says that labels and certificates can’t protect animals in the meat industry; only consumers can do this. “It’s easy to make the compassionate choice of leaving chickens off your plate and opting for delicious meat-free alternatives, which are now widely available in supermarkets and restaurants across the world,” he concludes.

The only way to do this is as Mr Vernelli says – leave dead animals off your plate and go for delicious meat free alternatives.  As is shown, the high welfare standards supposedly of Red Tractor are in fact, quite the contrary. 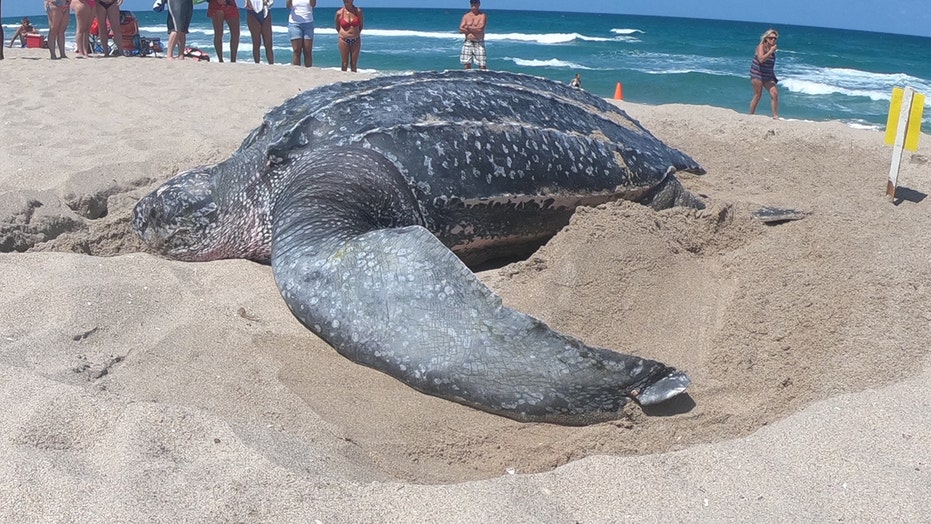 I am always amazed by the utter stupidity of some people when it comes to animal abuse. Here we see a Leatherback which has come ashore to lay eggs, then being abused by the very locals who should be respecting and protecting the animals.

What does it say about them and their education / mentality ? – as we have shown in posts many times recently, probably just another excuse for man to get that much needed selfie; regardless of the suffering and abuse that is given to the animal(s) involved.

This shocking video shows locals on an Indonesian beach cruelly riding on the back of an endangered giant sea turtle.

The video was filmed on Friday after the turtle was captured by residents while it was laying its egg on the beach.

Local authorities have yet to make any statement about the incident.

Just in case you missed any of them.

9 BIG WINS for animals that you might have missed in June 💪 #progress #goodnews pic.twitter.com/OXDtL4FKOe