Ursula von der Leyen, currently the German defence minister, has been nominated to take over from Jean-Claude Juncker.

The European Parliament will decide later whether or not to block the appointment of Ursula von der Leyen as the new president of the European Commission.

Ms von der Leyen, currently the German defence minister, was nominated to take over from Jean-Claude Juncker (Below) by the leaders of EU countries at a marathon three-day summit in Brussels two weeks ago.

The 751 MEPs of the European Parliament in Strasbourg will vote this evening in a secret ballot.

Ms von der Leyen needs 374 votes in order to secure the job but anything less than 400 would give her a weak mandate. 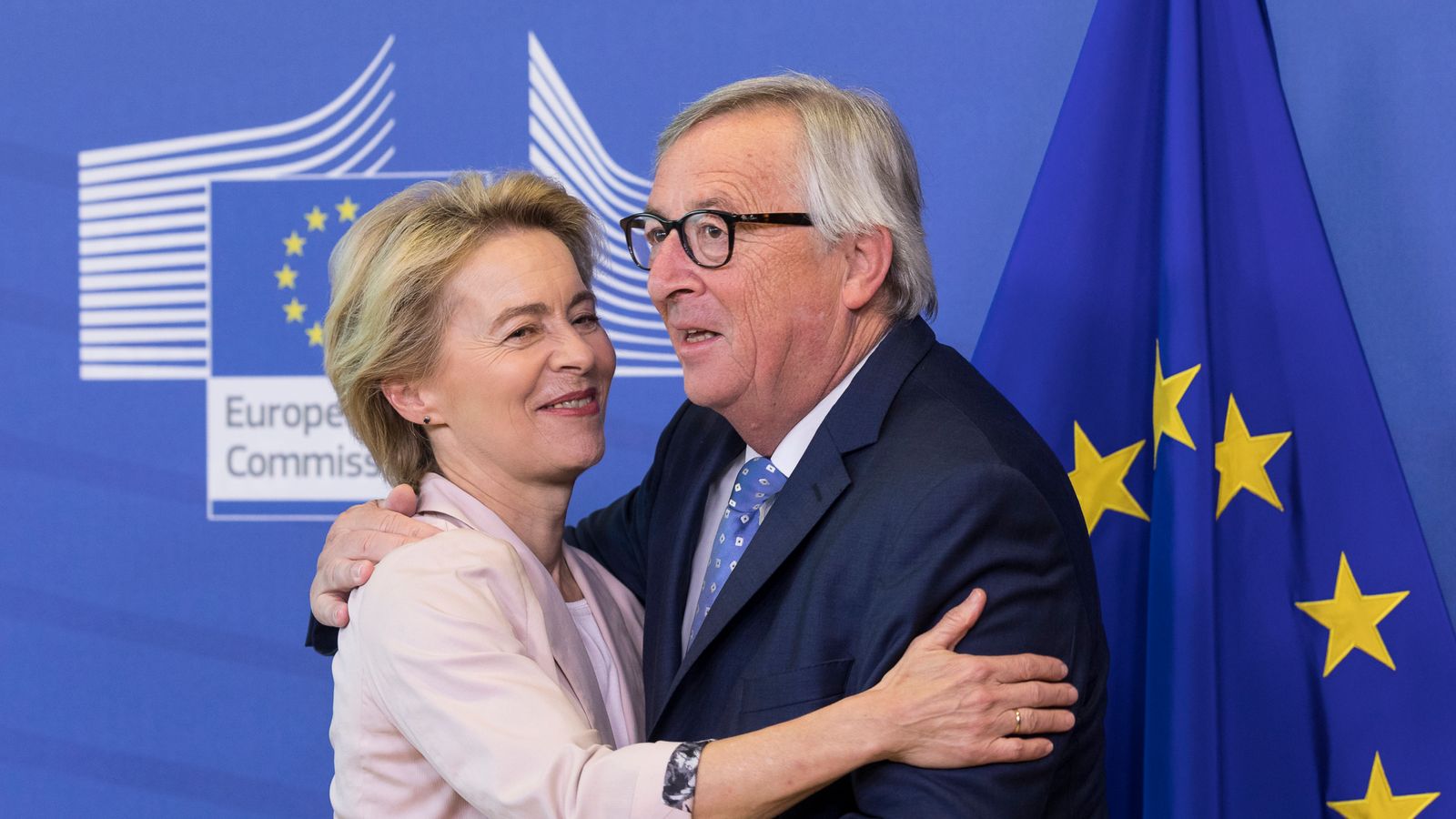 She has spent the past two weeks trying to secure her position by promising policy pledges to the various different political groupings in the parliament whose votes she needs.

It has emerged that the current secretary-general of the commission Martin Selmayr, a controversial shadowy figure who has wielded significant power under Mr Juncker, will not continue if she gets the job.

Her pitch culminated with a speech earlier in the parliament chamber setting out her agenda for Europe.

It is expected that the vote could be tight.

The group representing green parties from across the union has already said it will not be supporting her nomination.

This could put her in the unusual, controversial and contradictory position of having to rely on votes from far-right parties in order to be voted in.

She is a member of Germany’s centre-right Christian Democratic Unionist (CDU) party and is a close ally of Chancellor Angela Merkel.

Ms von der Leyen has already said that she will stand down as German defence minister.

She said in a tweet on Monday: “Tomorrow I will ask for the confidence of the European Parliament.

“Regardless of the outcome, I will step down as Minister of Defence on Wednesday in order to serve Europe with all my strength.”

Her challenge is to make several different political groups from across the spectrum happy enough to vote for her.

The fact that she would be the commission’s first ever female president will hold some weight for MEPs.

She is from a centrist political party with values that should appeal to the majority of MEPs.

But against that is the fact that the EU member state leaders ended up ditching the “lead candidate” system in which the parliament proposed the candidates for commission president.

That angered a significant number of MEPs from across the board.

She is overtly a federalist who has said she would like to see a United States of Europe, though she conceded that it would not be likely in her lifetime.

On Brexit, she has said that she is open to a further extension if the UK requests it and there is good reason for it.

However no real changes should be expected in the EU stance on Brexit under her leadership because it is the EU member state leaders who drive the Brexit policy.

The commission and its president simply enact the mandate given to them.

WAV Comment – like stopping 70,000 Romanian sheep being exported to the Middle East in temperatures way above the maximum set under EU Reg 1/2005 – or not ! – Yes, NOT. 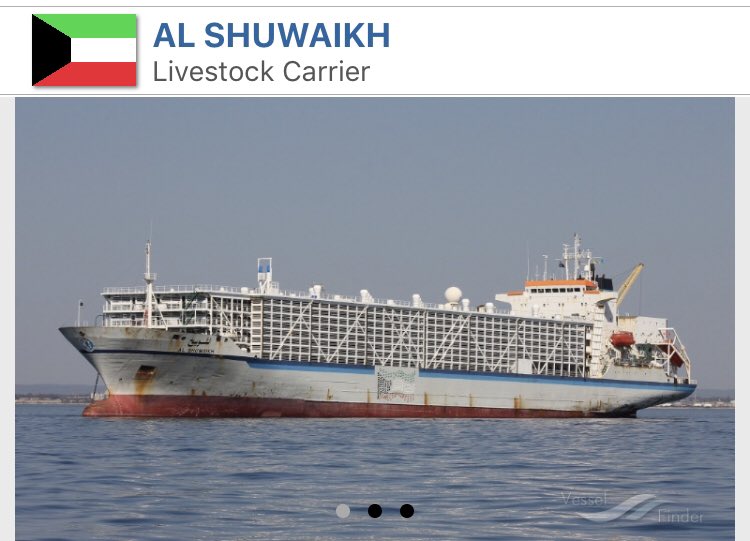 If any of you wish to make e mail contact with Romanian MEPs about their nation allowing 70,000 live sheep to be exported in conditions that do not meet EU transport standards – Regulation 1/2005; then here is the way to get the full list of all the MEPs which represent Romania in the European Parliament.

Then in the drop down box for ‘Country’ – select ‘Romania’.

You should then be presented with a photographic list of all the MEPs which represent Romania in the Parliament.

It is very easy to make contact. Lets take the first name on the list as an example – Clotide Armand.

Simply click on her name below the picture. This then enlarges to a larger picture with graphics below – if you put the mouse pointer over the first 2 then you will get e mail access. Simply click on either one of these and you should then have the ability to write an e mail direct to Clotide Armand.

SAMPLE LETTER TO COPY AND SEND

We have read these days with horror in the media that a ship of the company AL SHUWAIKH (which made very negative headlines in the past and in the transport of animals) transports 70,000 sheep from Romania to the Middle East.

Although Romania is an EU country and subsidized accordingly, it disregards the instructions of EU Commissioner Andriukaitis to the Romanian Agrarian Minister Petre Daea to stop transport in Midia and acts in his own right and interest against animals, morals and laws.

KLTT, a major exporter of Australian sheep, was the subject of a major scandal that attracted attention from Animals Australia over the past year. This company has a long list of violations and is responsible for the death of more than one million sheep on board in recent decades.

In 2018, animals were found to bake on their own skin on KLTT vessels, gasping for breath, suffocating in faecal matter and not lying down to rest or even reach for food or water.

Such visions of Australian sheep, suffering and dying of heat stress, have sparked outrage throughout the country and across the world over the past year and led to comprehensive reform of the regulations – including the ban on trade in live sheep from Australia during the summer months in the Middle East.

EU membership requires certain moral rules based on common culture and manifested by basic civilization standards. We urge you, as EU representative of Romania, to ask the relevant ministry of your country to respect laws and ban animal transport in the summer.

Write to the Romanian MEPs now to express your disgust at what their nation is doing for 70,000 sheep en route to the Middle East. 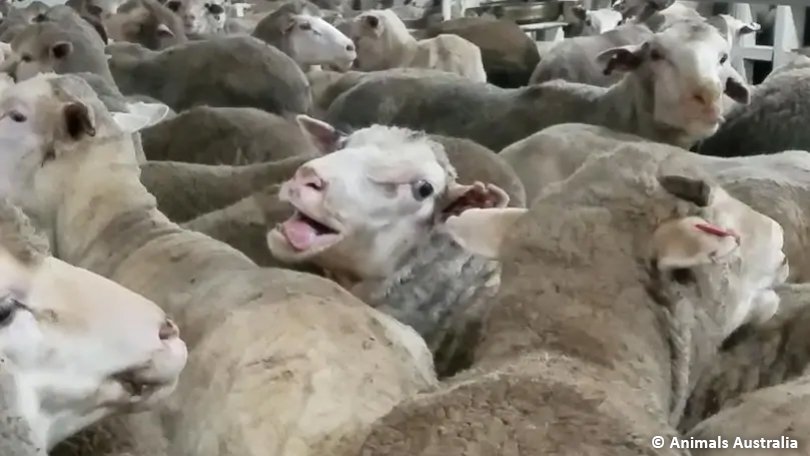