Ethics? The billion-dollar companies such as VW, BMW and Daimler are now because of the test series of monkeys in the criticism, but honestly, what has changed since the announcement of the exhaust gas scandal really?

Mauritius is after China the number 2 country selling monkeys for animal testing.
Tens of thousands of monkeys are kept in large farms across the island. The offspring of these wild-caught monkeys are then sent to labs around the world.

In 2016, the breeders exported 8245 animals to North America and Europe – nearly half of them to the United States (see table below).

6000 primates suffer every year in research in Europe with the support of taxpayers!

Ethics play no role in the global economy today! This is shown by the 10 monkeys, who were sitting in an airtight gas chamber, inhaling the fumes from a VW Beetle, while “cartoons” were shown on a screen.

The car used in the experiment was equipped with illegal fraud software. As a result of the rapid increase in laboratory tests on live monkeys, Sir David Attenborough published an open letter in 2016 (see below).

Every year around 6000 primates suffer from research in Europe. The Patent Office in Munich even approved patents on great apes in 2012.

According to the Federal Ministry of Food and Agriculture, about 2.8 million animals were used for scientific purposes in 2014, including 4636 dogs and 997 cats. Large centers with laboratory laboratories are located in Munich, Berlin, Dusseldorf, Hanover, Heidelberg, Tübingen and Freiburg.

The German Research Foundation (DFG) is an institution for the promotion of science and research in the Federal Republic of Germany.

In 2015, it had a subsidy budget of 2.84 billion euros. The DFG not only funds animal experiments but also supports the new campaign “Understanding Animal Experiments” (!!!).

How great the pressure from opponents of animal experiments is, shows the new campaign of the Alliance of Science Organizations. It is an association of science and research organizations in Germany. With a new initiative, science in Germany wants to inform comprehensively and transparently (!!!) about animal experiments in research. The Alliance of Science Organizations presented their joint project “Understanding Animal Experiments” on September 6, 2016 in Berlin.

It offers a variety of information material on an Internet platform and via social media, provides experts and allows interactive discussions. This campaign costs 250,000 euros annually and is initially limited to three years. The money comes from the five members of the Alliance, who work with animal experiments themselves. In addition, the German Research Foundation (DFG) finances a full-time position to update the contents of the site and to answer inquiries from the population.

The illegal trade in endangered animals for so-called research is a billion dollar business. Especially in China, the demand is increasing more and more. Also great apes find rapid sales there.

After a doctor pointed out to us in 2013 the monkeys in Mauritius and we made this public, the doctor was threatened and she had to stop her engagement against this massacre. She was even threatened with a career ban. We can see how big this criminal lobby is.

The monkeys are crammed into small wooden boxes and shipped as cargo in passenger aircraft. On long-haul flights, animals suffer from hunger, thirst, anxiety and stress. Animal rights activists have been protesting for years. Many airlines have already left the cruel transport business due to the worldwide protests.

What happens to monkeys from Mauritius in the animal experiment lab … can be seen in this video.

Sir David Attenborough is part of a group of leading scientists and animal welfare experts from around the world who have signed an open letter calling for an end to the use of primates for neuroscientific testing.

The letter, published in The Independent, calls for an end to support for certain neuroscientific experiments given the scale of the suffering inflicted on animals and the availability of human approaches.

“We, the undersigned, are concerned about the extent of the suffering that occurs in many neuroscience experiments on non-human primates, especially when it comes to fluid deprivation and movement restriction.

We believe there is now enough progress on human alternatives and are seriously wondering if further research of this kind is needed, ” says the letter organized by animal rights organization Cruelty Free International.

The naturalist said that recent findings in understanding the ability of primates to suffer pain meant that science should no longer expose monkeys to painful or cruel experiments.

“Realizing that monkeys are, to a certain extent, similar to other primates, and that these animals suffer just as much as we suffer, has changed our attitude and should not be misused to our own benefit,” said Sir David Attenborough after he had signed the letter.

My comment: In Mauritius itself, there have been no animal experiments. But the government has now launched a law that will allow the establishment of animal testing laboratories.
Animal experimenters are to be lured into the country to be able to conduct research on monkeys directly on site.
A billion dollar business, a corrupt mafia that earns it and corrupt countries that support this business. From this recycling of violence and unscrupulousness lives the business of the laboratory mafia.

Long-tailed macaques are caught in the wild with traps and penned for mass-breeding in animal factories – a legalized crime. Animals for which there are no consumers, such as big males, are killed and disposed of like garbage.

The breeding establishment Noveprim in Mauritius belongs to 47% of the company Covance. The American company has contract laboratories around the world, including in Münster, Germany.

At Covance in Münster every year about 1,000-2,000 monkeys are killed in painful toxicity tests. The animals are pumped chemicals or drugs into the stomach with a tube or injected into the bloodstream. Eventually the animals are killed.

For many years, the Doctors against animal tests, have together with their European partners launched and supported various protest and letter campaigns from ECEAE (European Coalition to End Animal Experiments).

Men Accused of Murdering Dog Execution-Style Must be Punished 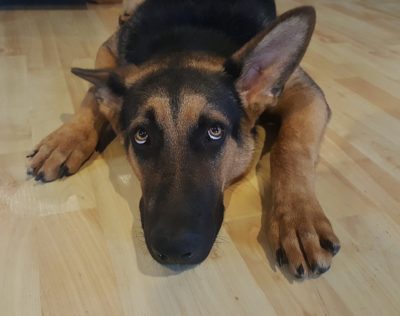 An innocent dog was apparently shot multiple times in a shocking case of animal cruelty. The suspects in the case fled the scene and are still at large. Demand justice for this poor animal.

Rockford police are searching for two men in connection with the brutal slaying of an innocent dog. Per authorities, Kelvin Langston, 28, and Douglas Hollyfield, 26, entered a woman’s home and began shooting at the dog in her care. They took turns firing, the witness stated, and only targeted her friend’s animal. Sadly, the pup suffered serious injuries in the apparent attack and later died.

Langston and Hollyfield have been charged with aggravated cruelty to an animal, unlawful use of weapons by a felon, reckless discharge, and no FOID card. Both have warrants and bonds set at $150,000. Sign below to demand that these men are punished for their heartless crime, if convicted.

A dog was apparently shot repeatedly by two men while being cared for by the owner’s friend. The poor animal later died due to the severity of the gunshot wounds. I demand that the people responsible be brought to justice.

They entered the woman’s home, the witness stated, and aimed their guns at her friend’s dog. They then reportedly took turns shooting the helpless animal, eventually inflicting fatal injuries. These men, identified by police as Kelvin Langston and Douglas Hollyfield, are accused felons and one is reportedly a gang member. Now, despite the continued efforts of the Rockford Police Department, they are on the loose and likely dangerous to other animals.

Those responsible for this innocent animal’s death must be found and brought to justice. Prosecute them and seek the maximum penalty to ensure the safety of all local animals.

“Being vegan must be so difficult.”…

In reality, taking a few seconds to read ingredients, to look for a brand that doesn’t test on animals, or to find clothing that isn’t derived from an animal is hardly an inconvenience compared to what the animals are forced to endure.

What IS difficult is seeing the dairy industry through the eyes of a female cow: being forcibly impregnated, having your baby taken away and then aching for them, being hooked to a milking machine, and having the cycle repeat until your body physically cannot take it anymore.

What IS difficult is seeing through the eyes of a male calf: being ripped away from your mom, being forced to live chained to a tiny crate and rarely getting exercise, receiving milk replacer instead of your mom’s milk, and being killed at as young as three weeks old for veal.

What IS difficult is seeing the egg industry through the eyes of a hen: having your body manipulated to lay an unnatural amount of eggs, dying from having eggs backed up in your oviduct, having the highest rate of ovarian cancer out of any animal species because your body is overproducing, and being crammed inside a tiny cage with several others while covered in faeces.

What IS difficult is seeing through the eyes of a male chick: being gassed or ground up alive simply because your body isn’t perceived as resourceful to the human species.

What IS difficult is seeing the meat industry through the eyes of pigs, cows, chickens, and other land animals: knowing you are about to die because you can smell the blood and hear the screams of others, being stunned (which usually takes multiple tries), and having your throat slit or being gassed alive, all just so you can wind up on someone’s plate.

What IS difficult is seeing the seafood industry through the eyes of fish, crabs, and other sea animals: having your gills collapse and your eyes pop out from painful decompression, being suffocated, being crammed in floating sea cages or ponds with hundreds of thousands of others, facing infections and diseases, being starved for days before slaughter, and then being slaughtered, all just so you can wind up on someone’s plate.

What IS difficult is what all non-human animals face under speciesism.

As vegans, all we do is align our morals to include them.

….and when we recall the last journey to the agonizing death of the 70,000 living creatures of “Midia,” not only we find it difficult to accept it, but we find it as a crime against any morality, decency and progress of a civilized society.

What IS difficult is to accept that 7 billion human carnivores are allowed to decide about the life and death of the “other animals”.