A missing farmer is feared to have been eaten by his own pigs after neighbours discovered human bones on his land.

Detectives say the man, in his 70s, is believed to have been eaten at some point between New Year’s Eve and January 8 by the pigs that roamed freely around his property.
Lubin District Prosecutor Magdalena Serafin told Gazeta Wrocławska the man – who has not been named – was last seen alive on December 31 at his farm in Lubin, around 260 miles west of Warsaw in Poland.

The man – who lived alone – was almost entirely eaten, with just a few bones and skull fragments remaining. It was not immediately clear how the man died with officials suspecting either a heart attack or a fall. A neighbour called police after finding the bones while fetching water from a well next to the man’s home on Wednesday last week.
Investigators expect it will be difficult to determine the exact cause of death. An autopsy was scheduled for Monday this week and the findings are yet to be published.

The farmer’s animals will be examined by a vet to determine any further clues, authorities said.

According to the Gazeta, the two large pigs and around a dozen piglets owned by the farmer will most likely be put to sleep.

At the Union County Sportsmen’s Club in Millmont, Pennsylvania, a morbidly obese bear named Dillan is suffering from painful dental disease inside a small, concrete-floored cage.

Please ask Gov. Tom Wolf to use his power to help secure Dillan’s transfer to an accredited sanctuary immediately and ensure that authorities hold the club accountable. 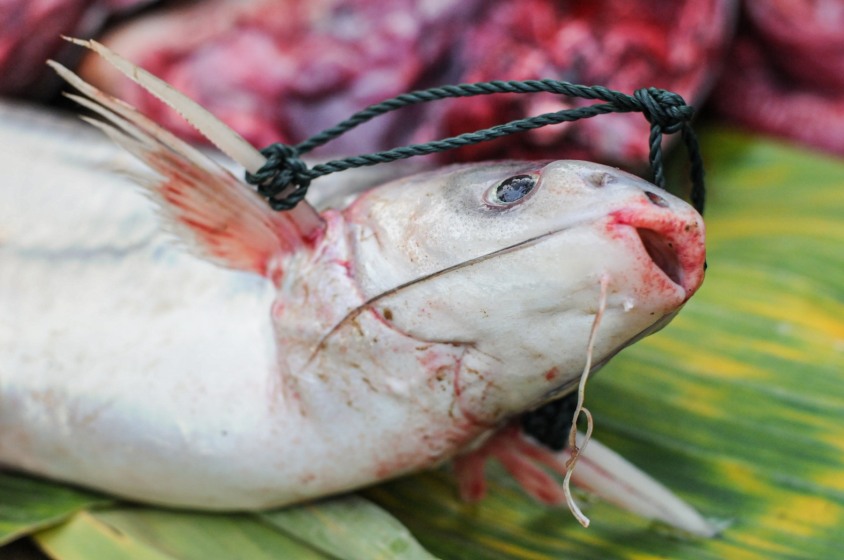 We exploit marine life on such a large scale that we can’t even truly quantify it, as when they are pulled from the water, the haul is measured in weight units, rather than number of individuals. They are killed in much greater numbers than land animals, but so often their struggles go unnoticed.

Fish are pulled from the water, and will struggle to breathe before being killed. They are generally killed by either freezing them to death in ice water, poisoning them with carbon dioxide, stabbing, or using a quick blow to the head or a strong electrical current to knock them unconscious before piercing their brains or letting them bleed out. Some fishing vessels deem it more efficient, however, to just let the fish suffocate on the deck.

Crustaceans will be taken from their home, often captured via nets, and have their body parts tied together, so they are unable to move. Then, usually after being transported and displayed for many days, are boiled alive or hacked apart with knives whilst fully conscious (and in the case of crabs, sometimes even microwaved alive).

Make no mistake, there are hundreds of species of marine animals that suffer because of us.

Don’t contribute to this. 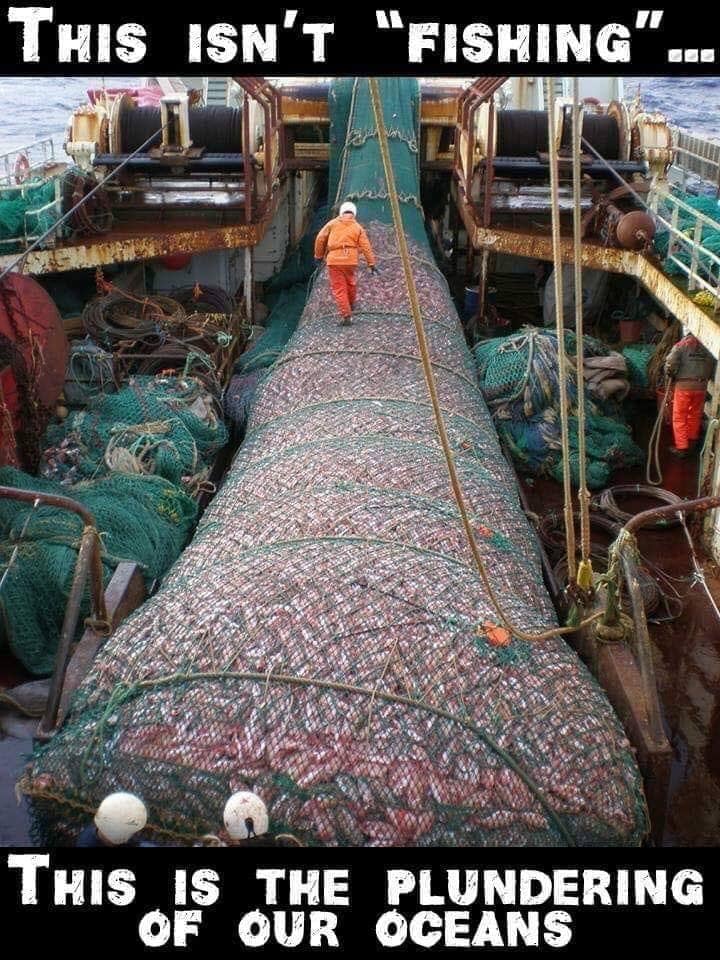 And the question always comes up when I say I don’t eat animals: “but fish do, right?”
Without any knowledge or interest in the world’s marine life, every illiterate person believes that fish have no nervous system, no pain, so we can massacre them.

And we do it.
To such an extent that we cannot write the numbers of the victims ourselves.
And because of the shit that the media propaganda about animals and their suffering gives us every day, we don’t see this suffering as it is, but as we are:
As ignorants, exploiters, annihilators of all other beings.