Sometimes you have to create your own fun pic.twitter.com/yUuIikbAD8

It is common knowledge that giving up or cutting down on meat and dairy is the right thing to do for the sake of our planet. Veganism deserves better than eyebrow-raises from the media

Two days into Veganuary and the head-scratching confusion over just exactly what veganism is continues. The perception of veganism as a diet or passing fad has somehow clung on in the health pages of our newspapers, in cookery columns, and in the miniature portions meted out to vegans in pubs across the land.

There is a continual debate in the media about whether ‘the diet’ is healthy. This is beside the point. There is a stream of misinformation designed to trick people into believing that vegetarianism and veganism are simply not possible. This madness must stop, and it’s extraordinary that it has endured this long.

It is, or should be common knowledge by now, that giving up or cutting down on meat and dairy is the right thing to do for the sake of our planet. Bush fires are raging in Australia; the Great Barrier Reef is seriously degraded; Antarctica is melting into the sea. Yes, lacking vitamin B12 is bad for me, but – not to get too Greta Thunberg about it – so is the loss of an area of rainforest the size of Latvia.

More than 100,000 people have already pledged to stick to a plant-based diet for Veganuary, double the number who took the plunge at the same time last year.

The organisation behind the campaign is expanding into Germany, the US and Chile and is airing its first TV commercial after Christmas. “On Sunday, we finished with about 102,000 sign-ups and that is massively more than at the same point last year, 15 December, when we had 44,000 sign-ups – that’s a 127% increase,” Veganuary’s Toni Vernelli said.

It hopes to reach 350,000 by 1 January, up from 250,000 at the start of this year. The campaign is having an impact on restaurants and supermarkets, she said: “The number of companies getting in touch with us who are launching products is truly mind blowing. It does just seem to be everywhere.”

Read the full article at: https://www.theguardian.com/lifeandstyle/2019/dec/22/vegan-boom-veganuary-retailers-on-trend 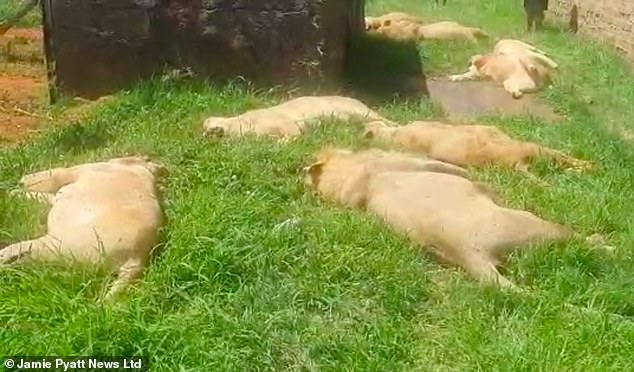 Sixteen lions have been killed by poachers who hacked the faces and paws off eight of the adults to sell their teeth and claws to be used to turn into black magic potions.

Gert said: ‘They had hacked off 32 paws for the claws and eight of their snouts for their teeth after killing them with poisoned chicken which is a really agonising death for the lions. 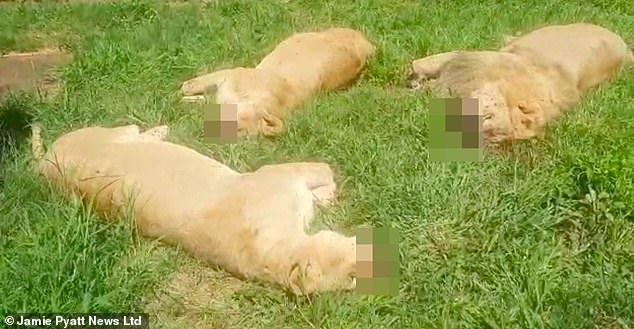 The bloody war in the forest and fields every year kills over 5 million animals – often in the cruellest way:

Every year
-ca. 300,000 domestic cats,
-ca. 35,000 dogs
as well as ponies and cows in the pasture, ornamental ducks, mini-pigs, llamas on a sanctuary, victims of hunters.

Every year over 800 people are injured by hunters and hunting weapons, sometimes so severely that they have to be in a wheelchair or have their legs amputated

The traps that are set for animals – illegal – often give the animals an hour-long agony.
The shot loads of rabbits hurt the animals and make them cry like little children.

“Deformation bullets” are used with the purpose of tearing deers off the innards so that they leave traces for the “search” during the escape.

The hunters’ claim that these cruel massacres are necessary to regulate animal populations is an outrageous lie and propaganda that has long been scientifically and practically refuted.

»Ladies and Gentlemen, fortunately we do not live in China and neither do we have Putin’s“ flawless democrat ”. We have freedom of expression.
And my opinion is: Hunters are terrorists, killers and liars!

I have decided to write in your magazine a letter that you can publish wherever you want (…). After 12 years I finally had the courage to quit the hunters (…)

The claim that hunters are environmentalists or ecologists is ridiculous, as is the claim that hunters spend many voluntary hours in the hunting district for the benefit of wildlife, animals and the environment.
Everything the hunter does in the hunting district is directly or indirectly connected to the hunt, i.e. the shooting of the animals or the social gathering (…)

The so-called environmental protection work largely consists of building or maintaining the hunting objects … The various cleaning campaigns … are … pure hunter propaganda.
The hunters with their high seats, vehicles and their presence are the greatest natural pests …! (…)

Even more ridiculous is the claim that hunting is primarily about caring for game and that shooting is just one of their activities. The aim of the hunt is execution or killing, possibly the most beautiful animals as a personal trophy – and nothing else.”

And then this ex-hunter reports on perhaps the most outrageous of all hunter lies: that the hunt is primarily a Samaritan service on sick and injured animals:

everyone can understand for themselves what is to be said of this frivolous lie by imagining what it would be like if the emergency services were organized for people like this alleged Samaritan service on animals!

Imagine: You are injured and call for rescue, but instead of an ambulance with a doctor, a tank comes with a firing squad!
This is what the hunter’s Samaritan field service looks like on animals”!

The ex-hunter concludes: “The hunting world is much worse than you can imagine.”