With Karl Lagerfeld, another large brand now dispenses with the use of furs in its products. The AM Retail Group, which operates the Lagerfeld stores, and the US parent company G-III Apparel Group will also stop using furs.

Even though the name Lagerfeld is certainly in the foreground here, the more extensive decision by AM Retail to generally become fur-free is important. Especially since the company not only operates stores from Karl Lagerfeld Paris, but also chains such as Wilsons Leather, GH Bass & Co. and Calvin Klein Performance.

The news itself came from the animal welfare organization PETA, which said that this move reflects the views of today’s “ethical buyers”. She added that “these fur bans are evidence that the fashion industry is changing to meet the increasing demand for luxurious, pet-friendly alternatives.”

The late Karl Lagerfeld regularly used fur in his collections.

Lagerfeld had spoken out in an interview with The New York Times in 2015 for the use of fur. Even then, his reasoning was poorly tied up rather than convincing: Lagerfeld warned that there was a whole industry behind the fur, which would then be robbed of its work.
There was also a round of Whataboustism: people wear leather and eat meat – then it is hypocritical to only fight against the brutal killing of animals for the fashion industry. Whether those who were behind the decision probably thought of Lagerfeld’s stance? We do not know. However, we think this new development is great!!

The fur ripped off, including blood and muscles: This is what an activist protested against a fur fashion show by Karl Lagerfeld in Paris.

In recent years the number of high-end labels that reject fur has increased significantly. The top labels that have taken the path to fur-free today include Burberry, Prada, Gucci, Michael Kors and Versace.

Both consumers and employees of fashion and retail companies are increasingly opposed to fur and focus on “vegan” alternatives.
This is also reflected in legislation – California has banned the sale and manufacture of new fur products in this state this year.

My comment: “I have no boss, except myself and my cat Choupette,” said Lagerfeld shortly before his death, last June in the business newspaper “Les Echos”.

Obviously his moral principles stretched to the love of his cat, but he ignored other fur animals and used them excessively for the senseless world of fashion.

I always asked myself: What would he say if one were to pull off the skin of his “Choupette” while she were alive?

Criticism of his love for fur left the fashion tsar completely cold.  “The problem with fur…For me, as long as people eat meat and wear leather, I don’t get the message.” he told the New York Times in 2015.

And then I heard that he finally died, that was February 2019, and immediately thought: One less asshole!

“There are not too many people with an opinion I care for”, he used to say.

Oh Karl! Animal torture is not about opinions but about abolish it.
What a pity you couldn’t experience it!!

Well Christmas is just over, so we must pay homage to the three dim fire men of this world – :

The dim men came from different lands known as Australia, Brazil and the United States.

After they had all heard about the raging fires globally for which they were responsible, they all went on their ways, and the rising plumes of smoke from all their government induced fires that they had seen in the east lay en mass ahead of them, until it stopped over the places where all the fires burned and all the animals were dying and becoming extinct – lands with names such as ‘Amazonia’ and ‘Australia’.

The 3 dim men each had in their hands, lots of gifts for the lobbyists of these distant places, of coal, coal, and yet more coal which had been mined under immense pressure from those same lobbyists, and which went completely against what the very wise men eco environmentalists had been saying – fossil fuels contribute massively to global warming; so why mine coal and also cut down trees to farm animals in Amazonia for meat production ?.

As always, the 3 dim men ignored yet again the sayings of the wise men environmentalists and went with those known as ‘political lobbyists’, money people; after all; and as politicians, the 3 dim men are only interested in their own survival and finance; nothing else matters.

That is why the majority of the intelligent world views them as the dim men; destroyers of the planet they are. 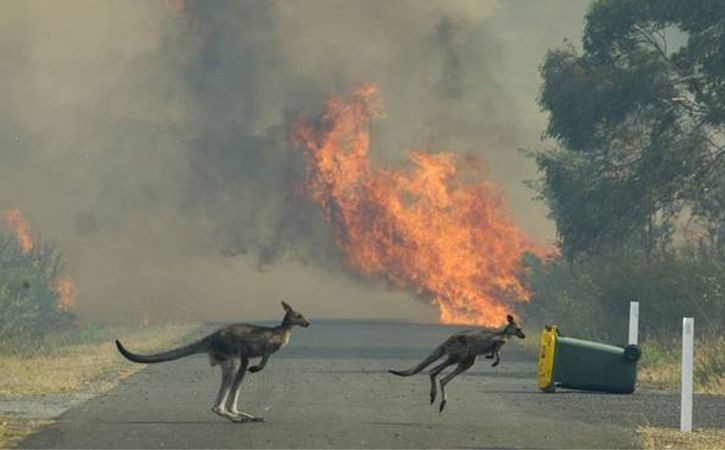 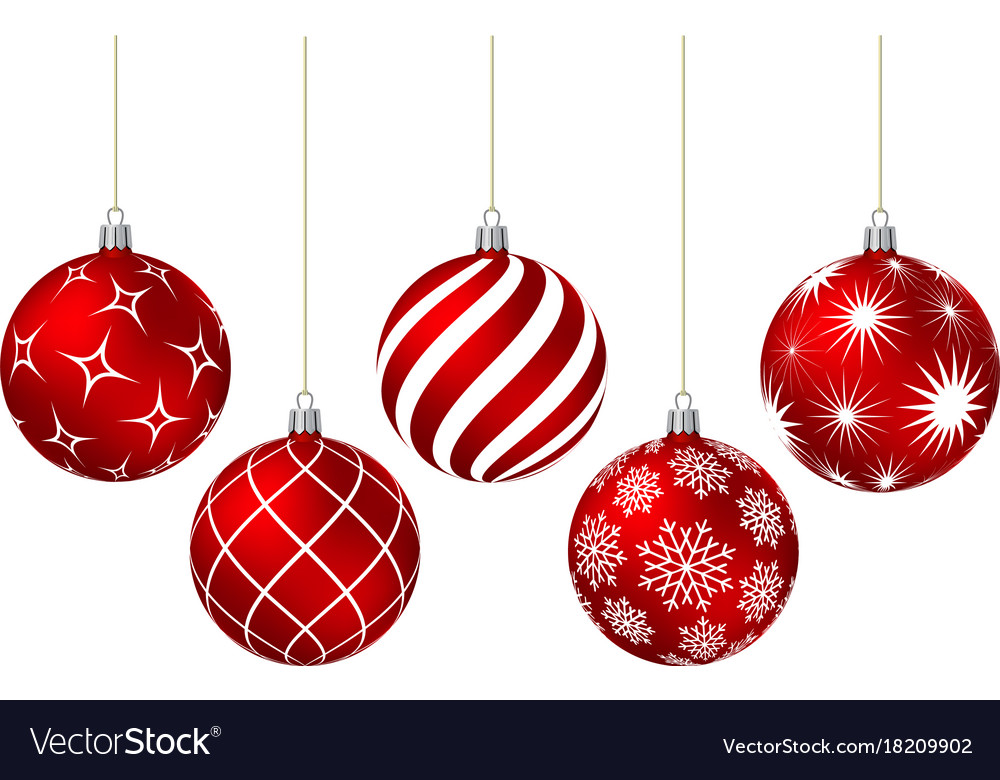 Reproduced from ‘Metro’, London. To read the full article and see all the photographs, please click on the link above.

WAV Comment – We shed no tears, apart from those for the millions of innocent animals that have been obliterated by the wrongdoings of man (called the Australian Government) once again. It is pretty clear from what has happened that PM Scott Morrison and ‘Environment’ Minister Sussan Ley have just sucked up to destructive industry for years whilst failing to listen to the environmentalists. Now they pay the price. These 2 people should have been the first to be destroyed in the flames; idiots who by their ignoramus attitudes are now responsible for obliterating entire species from the face of the planet. They are the government so called ‘environmentalists’ who have provided extinction for species rather than working to protect them. And still they will probably gripe that it has nothing to do with global warming !

In our opinion; it is a kind of ‘Karma’ time by the animals. Fools like Morrison have supported the live export industry; now the animals have gone, been destroyed and hopefully put the final nail in the coffin of this business. Morrison and Ley have got everything they deserve; their self opiniated importance is now charred and mixing with the burnt out embers of their country.

We have no feelings for them, apart from saying that they ignored the evidence, and now everyone else is paying the price. They must go to a burned out bare patch of land in the bush with nothing to eat or drink – they deserve no better ! – WAV 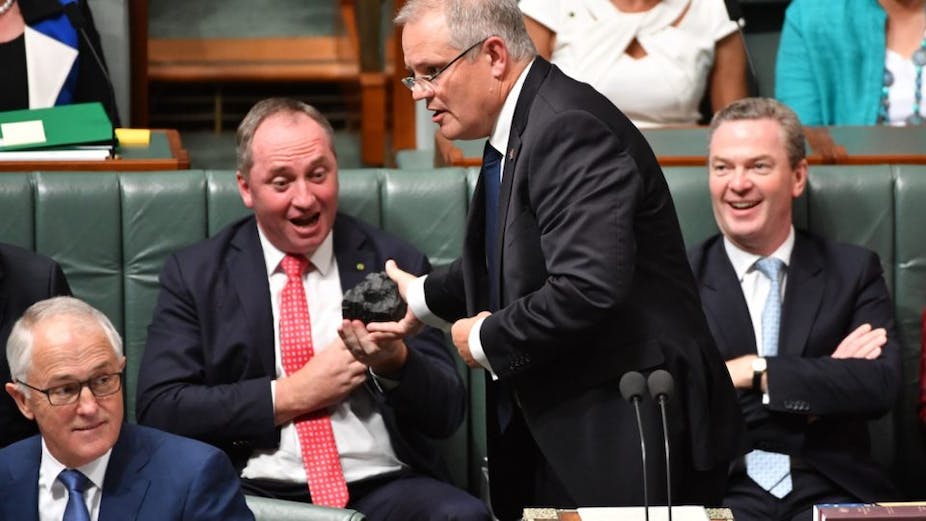 Bet these clowns are not laughing now !

Nearly 500,000,000 animals have been killed in Australia’s wildfires

Almost half a billion animals have been killed in Australia’s raging wildfires with fears entire species may have been wiped out.

Ecologists from the University of Sydney now estimate 480 million mammals, birds and reptiles have been lost since September with the figure likely to continue to soar.

Harrowing pictures and videos have captured kangaroos desperately attempting to flee great walls of flames while rescue teams have been met by the charred bodies of thousands of koalas.

Others reported seeing cockatoos falling dead out of trees and farmers have fled only to return to their burned land and find it littered with the bodies of livestock.

Koalas have been among the hardest hit of Australia’s native animals because they are slow moving and only eat leaves from the eucalyptus tree, which are filled with oil, making them highly flammable. Up to 8000 of the animals — a third of the entire koala population of the NSW mid-north coast — are believed to have been killed in less than four months.

Nature Conservation Council ecologist Mark Graham told the Australian parliament that the fires have burned ‘so hot and so fast’ that there has been ‘significant mortality’ of animals, particularly in trees.

Stand Up for Nature, an alliance of 13 organisations, is calling for an immediate halt on logging of native forests in NSW until the impacts of the catastrophic bushfires on species and habitat are understood. In an open letter, it warned that the impact of the fires is ‘extreme and ongoing’ and the scale of the loss will ‘probably never be known’ but will certainly be in the millions.

The alliance acknowledged a moratorium could have impacts on native forest timber industry workers and have called on the government to support them in the meantime.

Ley – You can cry – down in history now as an ignoramus responsible for species extinction !

Environment Minister Sussan Ley said true animal death figures would not be known until ‘the fires have calmed down and a proper assessment can be made’.