Maybe we are getting the message across !

Wow! Over 10,000 farmers are currently traveling to Nuremberg.

With over 5000 tractors. It will be demonstrated against the federal government’s new agricultural package.

On Tuesday, farmers and farmers from all over Germany want to demonstrate in Berlin against the current agricultural policy: Numerous tractors from Franconia have also taken the star trip.

The new agricultural package it`s not exactly an ingenious construct, but that means a little more environmental, nature and animal protection.
The farmers consider this an economic boycott and demonstrate.

At the same time, the farmers no longer want to be called animal torturers and environmental polluters.
If they don’t give a shit for environment and animals, what else are the farmers?

If I am not an animal torturer, I do not use animals for my economic interests.
Breeding animals alone is a pain because the animals are bred for top performance and after a few years they are sent to death, to the slaughterhouse without having lived a third of their life at all, because they are no longer profitable!

That is why there have been so many animal welfare violations in farmers lately … because they all love their animals …..?

The farmers are the ones who poison wells, which compact soils in such a way that they destroy their essential storage capacities and biological habitats, and who practice something like systemic biological terrorism through the increasingly extremist energy crop monocultures.

For organizational reasons, but also due to the lack of pasture land, the turbo cows spend the few years of their miserable life exclusively in the playpen, without ever entering a pasture.

The amount of slurry generated by these companies is enormous.
As a rule, farmers do not have large enough agricultural areas on which manure / liquid manure could be applied as fertilizer.

Several times a year, oversized quantities are therefore disposed of in areas that are much too small, which has catastrophic consequences for nature.
And yet, more and more dairy farms are enlarging their herds to well over 500 to over 1,000.

(In 0:19 seconds video time you can read the ridiculous slogan: “We don’t give a shit about animals and the environment”!)

We let the farmers demonstrate.
With their turbo tractors – subsidized by the EU – and their anti-social slogans, they downgrade their actions themselves to an environmental political farce.

By Mark – It is a day of celebration for English AR groups today who have campaigned so hard for this very day for so long. When I was younger (yes there was a time !) – probably about 25 years or so ago; Joanne, myself, Trev, Matt, Patrick, and others all used to head off to demos in our County (Kent – England); to protest at the use of wild animals in circuses all those years ago. ‘Santus Circus’; https://www.santuscircus.com/about-us and https://www.santuscircus.com/ – a long time French circus; would come to England, and ‘our’ county (and very nearby London) all those years ago with their acts which included wild animals – Elephants, Tigers, Hippo; other wild cats, camels; etc. Note that in their site now (links above) there is no talk of wild animals having to be used for stupid tricks for an even thicker audience !

We had big bust ups with them regarding their use of wild animals in performances at the time; there were punch ups, a lot of teasing from both sides and basically, a great mutual hatred of each other. I can well remember we often took down their big fence banners and then when we re-visited to demo; would wave the banner holding chains complete with a scrap of the banner attached. They were never impressed; often going into orbit; but then nor were we having to witness the conditions in which travelling wild animals were being kept; and being abused to perform crappy tricks.

My best memory is of one of our group; Pat; taking his shoes off to show a clown that his shoes were Veggie shoes and were not made of leather – there was great shop in Brighton where you could go and buy – https://www.vegetarian-shoes.co.uk/ . The clown was obviously questioning Pat about having (in the clown’s opinion) leather looking shoes. Pat by his actions made the bloke look like what he portrayed; a clown ! – no mate, they are veggie shoes; and I will show you the internal label to prove it !

Finally after all these years, the punch ups, the abuse and threats, but combined with massive support from our English public, the ban has finally come into place today – 19/1/20. Decades too late, but finally our efforts have been rewarded by official government legislation. We cannot not let this go without saying our thanks to Government Minister (Mike) Gove …

… who over the past few years has worked massively hard to get this legislation introduced and into law – so thanks Mike, Job Done – wild animals no longer performing stupid tricks under the threat of a beating and use of bullhooks; it is time for us today to look back and reflect on another great chunk of news in British animal rights; wild animals in circuses where they belong – in the history books !

Every second spent on this was worth it 100 times over !

The British government has banned the use of wild animals in travelling circuses in England.

The use of wild animals by travelling circuses will be banned from 2020, the Government has pledged, following a long-running campaign by animal welfare advocates to outlaw the practice.

Ministers have been promising to implement a ban for five years, but the Department for Environment, Food and Rural Affairs confirmed one will come into place by 19 January 2020.

“The current Regulations expire on 19 January 2020. The Government does not intend to renew the Regulations as it intends to ensure that a legislative ban is introduced by then. The Regulations will then be allowed to expire,” the report reads.

Activists have long accused circuses of beating, starving and keeping their animals in unsanitary conditions while they are made to perform for crowds.

We congratulate the UK Government on consigning this outdated act to the past where it belongs.”

Similar bans have recently been passed in Ireland and Scotland, and are under discussion in Wales.

Wild animal circus acts are opposed by both the Federation of Veterinarians of Europe (FVE) and the British Veterinary Association, which stated: “The welfare needs of non-domesticated, wild animals cannot be met within a travelling circus – in terms of housing or being able to express normal behaviour.”

Coming into effect in January 2020, the Wild Animals in Circuses (No. 2) Bill comes after more than 20 years of investigations and campaigns by animal protection organisations.

Given the constant travel and their temporary nature, circuses cannot provide animals with adequate facilities to keep them physically or psychologically healthy. There have also been repeated exposés of physical abuse behind the scenes in circuses, after which the public turned its back on this cruel multi-million-pound industry.

Now, the law in the UK has finally caught up. 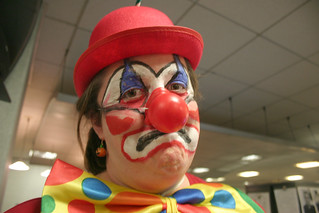 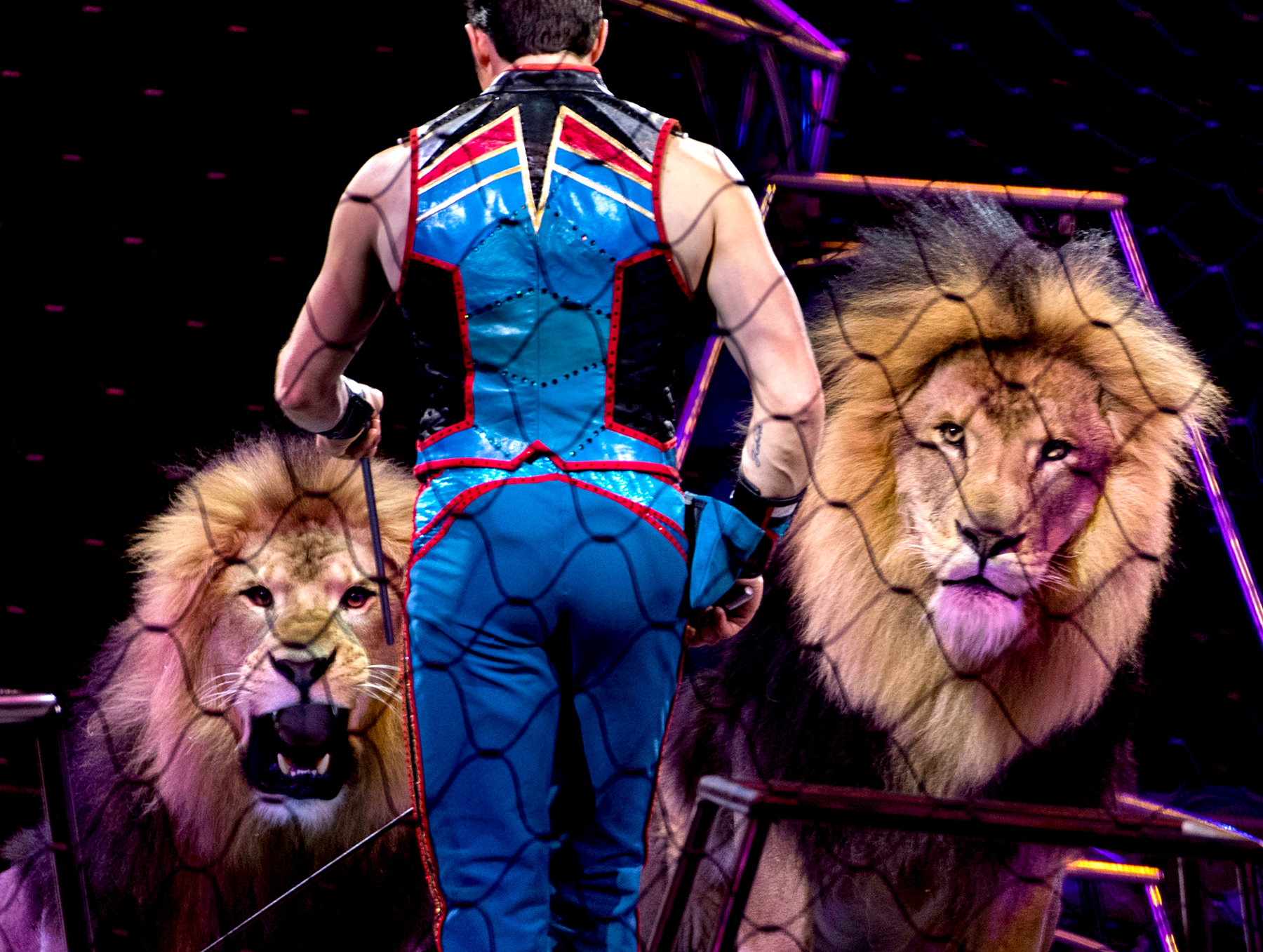 Maxi wants to live – like many thousands of other fox pups in Germany.

In Kahlgrund in Bavaria, the hunters’ association organizes their “predator game weeks” exactly between the mating and setting time of the foxes – from the last week of January to March 6th.

This means that in January tons of fox males are legally shot, which are necessary for the rearing of the young animals. It can also be assumed that female parents and numerous highly vulnerable abilities will also be shot by mid-February at the latest.

Together with the Fox action alliance, we appealed to the chairman of the Kahlgrund hunting association, to the responsible mayor of Alzenau and to the district administrator … and received no response.

Now we are starting a petition to the responsible minister Michaela Kaniber (CSU) in Bavaria and to Dr. Andreas Treitl, the chairman of the hunting association. Our goal is a year-round closed season for foxes and the end of the current predatory game weeks, no later than mid-February.

The fox hunt is ecologically senseless and only means that the natural birth control of the animals is suspended and the average age of the foxes is now less than two years. Fox weeks or whatever these hunts are called are not at all compatible with the idea of ​​animal welfare. They cause fox pups to freeze or starve.

“So it has been proven that in January and February the fathers of the future generations of foxes, and at the latest from mid-February also the fox mothers of the pups (who are already waiting under construction) are shot. “Image: Michael Hamann

Please support us and sign the petition from Wildlife Conservation Germany and the Action Alliance Fox here.

We stay on the ball for you, we inform and work to abolish the hunt.

The hunting law dates from 1934, that means from the Nazi era, and has never been amended, so it has long been outdated.

In the past, the forest murderers / hunters spread the fairy tale about rabies in all media.
Because rabies has not been in Germany for many years, suddenly the hunter comes up with the idea that it is the fox tapeworm that can be so dangerous for people. So they can execute the animals easier!!

How primitive and brutaly this minority of our society is, be shown by the fact that they brutally and ruthlessly murder the fox, even though it belongs to the group of canids (dogs).
And dogs are also used to kill this species. On the one hand, the hunters keep dogs and use them for hunting, and on the other hand they kill their relatives, the foxes, without a valid reason.

It’s about a pure lust for murder.

What I have been able to find so far (here in the high Black Forest where I live there are plenty of hunters) is that old, ramshackle high seats are not removed, but individual parts can still be found in the forest.
It is not uncommon for nails and screws to stand up, so that when wild animals step on such wood parts, they are injured.

We live in a banana state, in which some lobbyists use all possible means to keep the 1934 hunting law alive (which allows hunters to seize foreign property) and constantly try to take advantage of gaps in their favor and thus live out their lust for murder how it suits them.

Now look at the picture and then someone wants to get upset about torn animals from the wolf?
I think of executions and gassings in the concentration camp.

From Mark – I am adding more to this post by Venus as I was very involved with German ‘Fox Week’ in the past. I worked with a German activist (D) and we managed to get the exclusive photographs of animals dead in the wheelie bins, and skinned foxes, which you can see in the links below; and many of the images I show in the following.

Beautiful animals, which just adds to the frustration of this event and shows the reality of what the hunters have to do to get a ‘kick’ – they are nothing more than blood junkies.

These are not all the posts which I did on SAV (my other site), but they give a good insight into what we did re our specific investigations.

I wont say ‘enjoy’ as there is nothing to relish about all these links – just see the reality of the Fox Week and what it brings for German wildlife.

My message to all hunters – go ‘F’ yourselves; not the wildlife ! – Mark